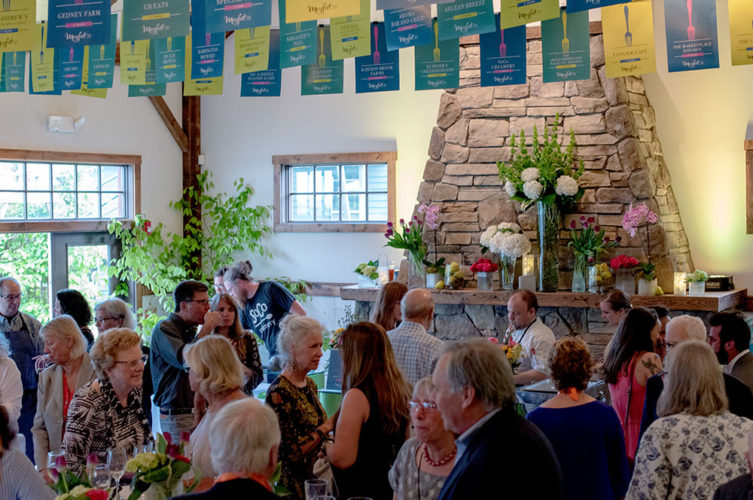 Great Barrington — “I was taking care of my mom — and I had taken care of her for 10 years — when we got evicted,” is how Rita’s story starts (read Rita’s story that she wrote for The Edge by clicking HERE.). “My daughter was six months old, and I didn’t have a job” is where Carissa began. “Twenty-three years I’ve been on disability,” said Mark. “It’s been a rough, rough road.” And Tyler remembered, “I was working at McDonald’s when we applied for [housing through Construct].” For myriad Berkshire County residents, many of whom live paycheck to paycheck, every day can feel like “a heartbeat away from being homeless . . . and most people don’t realize it” added Rita. Last month, as Construct Inc. kicked off its 50th anniversary year with Mayfest, an issue plaguing the county snapped sharply into focus: homelessness, no matter how invisible, affects hundreds of individuals in Berkshire County, and affordable housing continues to be scarce.

In a November 2018 report released by the Western Massachusetts Network to End Homelessness, data from across the region made clear this pervasive problem: The number of homeless people counted at one point in time across the four western counties in January 2018 was a whopping 2,899 (including those in programs); of that number, 2,190 were members of families, plus 709 individuals; the one-day count of homeless people in Berkshire County alone was 181.

“Construct provides two types of housing: transitional, for folks coming out of homelessness, and permanent housing for folks who are able to move forward,” said Jane Ralph, executive director at the Great Barrington-based nonprofit, the mission of which is to change and save lives through housing options and a continuum of related services. The challenges for individuals and families who land at Construct run the proverbial gamut: “I’ve seen a lot of domestic violence, mental illness, addiction, older people on Social Security,” said Danielle Goewey, property and Project Home manager at Construct, one of many professionals on hand to help clients navigate the complexities of securing affordable housing. Courtney Kimball, transitional housing coordinator, brings a laser-sharp focus to her work: “I try to get [our clients] into schooling, or get them their GED, their [driver’s] license, try to find jobs,” she explained, acknowledging that the challenges of being homeless extend far beyond where families and individuals seek shelter at the end of each day. “Here at Construct, we like to give [individuals] the tools to make their own decisions,” Kimball added.

Jane Ralph, who took the helm at Construct Inc. in December 2016, talked about the benefits of an organization like Construct: “When they are able, [our clients] move onto permanent housing; we provide over 80 units of permanent housing in the south Berkshires. These are apartments for individuals, families of all kinds, and sometimes group settings,” she explained. Case in point? The House that Ernie Built, named after Ernie Schnesel, the late husband of Anne Schnesel, who sits on the board of directors at Construct. “Ernie’s dream was to have affordable housing available for everyone in Berkshire County,” his widow recalled. And the families who are the beneficiaries of their generosity — and all who conspire to make Construct’s work possible — are grateful for the support.

“The cushion of being able to be here, when I wasn’t able to work full time, is — I mean — I’m not sure what I would have done,” said Carissa, who has since gone on to earn her graduate degree and secure full-time employment in social work over the past eight years. Her story, one that comes full circle, is a testament to the need for organizations like Construct: “[Today,] I’m working with folks who are homeless, folks who are low-income, folks who are kind of in the same position I was,” she added.

“She’s just a pillar of the community,” said June Wolfe, housing director at Construct, of Carissa. And instrumental to both the success stories of individuals like Carissa and her daughter, as well as to the organization’s longevity in the Berkshires, is Construct’s partnership with Greylock Federal Credit Union, the mission of which is very much in line with bettering the community. “A great example of our partnership is Mark,” said Cindy Shogry-Raimer, director of community development at Greylock. “I used to have a Buick LeSabre — I called her Betty — and every week or month it kept breaking down on me,” Mark explained. Mark needed reliable transportation to drive to Great Barrington, to go to the food pantries and doctor’s appointments. “All the people at Construct [and the associated people] came across this [new] car,” Mark explained. “We called her Goldie,” he added, “and she’s a Godsend!”

“It can happen to anyone,” said Rita who, prior to becoming homeless, had three master’s degrees which she worked on while she took care of her mother. “And then I was an adjunct professor,” she added. The burden of being a caregiver meant that Rita burned through all of her savings, as well as her mother’s savings, due to her mother’s illness. “I was one of the lucky ones,” said Rita, who secured permanent housing through Construct. “What makes Construct special is that we’re not a housing agency in that we build a box, we put you in it and we call you housed,” explained Wolfe. “We build neighborhoods” she said, places where families like Carissa and her daughter, who is about to turn 9, live and play and thrive without the added stress of astronomical housing costs too often associated with the Berkshires and South County in particular. “We all can go to the park,” said Mark, “[my son] loves it here,” he added of the permanent home his family has found at Construct. “She’s safe, and able to be a kid, which is the most important thing,” Carissa added of what she values most about the place she calls home.

“When I hear about 500 people on a waiting list to get housing that’s affordable, I think we all have a community obligation to step forward and solve this problem,” said Rep. William “Smitty” Pignatelli, D-Lenox. For half a century, Construct has been stepping up to consistently meet this challenge. Last year, the organization received more than 1,700 gifts from $5 to $100,000, which allowed it to stabilize more than 500 households in our community. “When you’re looking for hope, there’s nobody [who] does it better than Construct,” added Pignatelli.

“Construct meets people where they are and walks them home,” said Ralph, a statement that acknowledges the abundance of resourcefulness, strength and perseverance exhibited by those who have walked through the organization’s doors over the past five decades. “[Construct] got me to where I am today, which is a pretty good place,” said Carissa. “It’s the best thing that ever happened to me in my life,” said Mark. “I have my little one, all the time, and everything’s going great,” added Tyler. Rita had the final word: “Without Construct, I do not know where I would be today.”