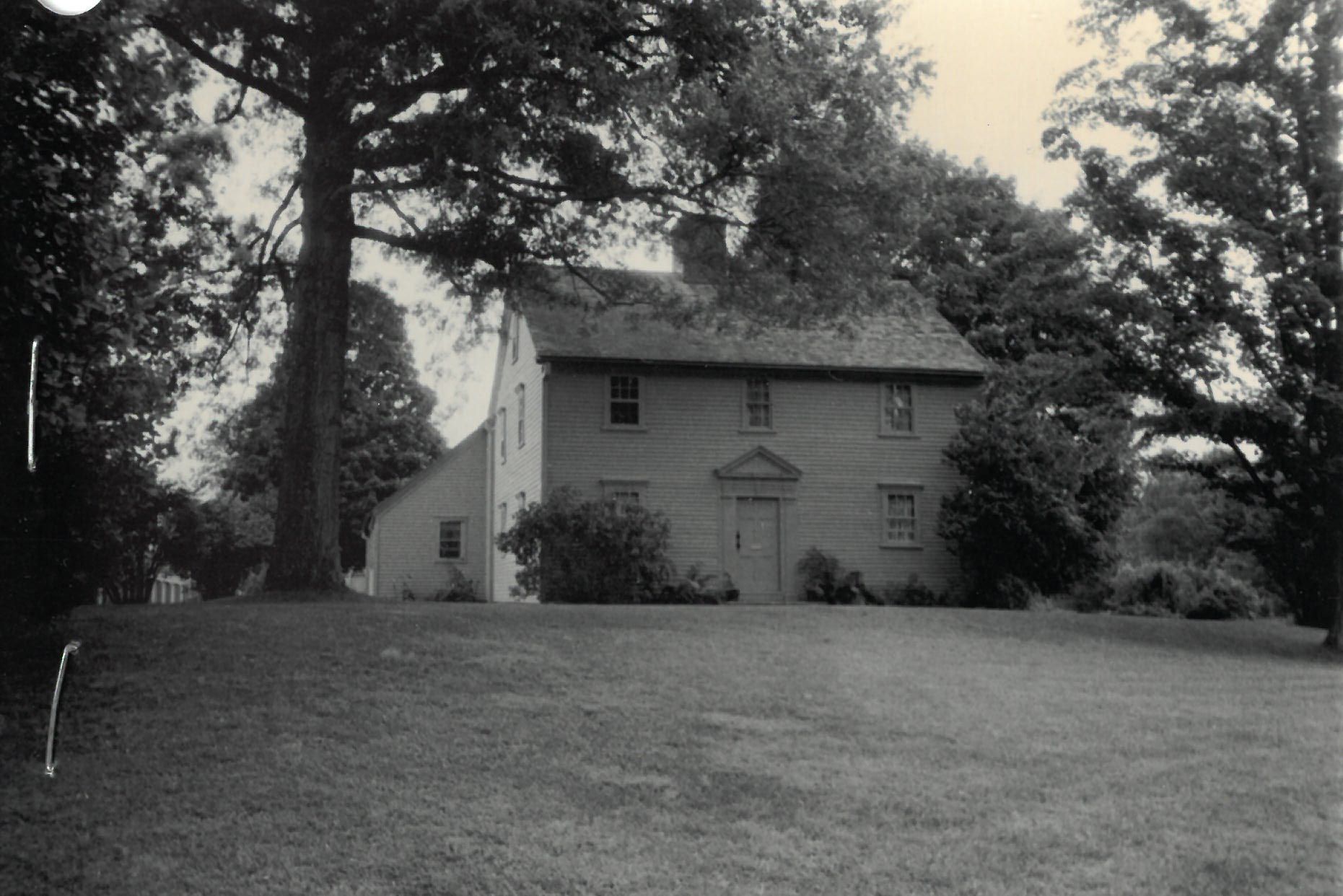 In January 1773, 11 men met in an upstairs room of Col. John Ashley’s house in Sheffield. Together they wrote a declaration against British tyranny and for the rights of the people of the colonies. They were Theodore Sedgwick, Silas Kellogg, John Ashley, Lemuel Bernard, Aaron Root, John Fellows, Philip Callender, William Day, Ebenezer Smith,  Nathaniel Austin and Stephen Dewey.

There is a preamble and 12 “resolves.” Written three years before the Declaration of Independence, the Resolves include no taxation without representation, the right to a trial, the right to peaceful enjoyment of a citizen’s privileges and equality under the law.

The Resolves begin: “Mankind in a state of nature are equal, free, and independent, and have a right to the undisturbed enjoyment of their lives, their liberty, and their property.”

The Preamble to the Declaration of Independence begins: “We hold these truths to be self-evident, that all men are created equal, that they are endowed by their Creator with certain inalienable rights that among these are life, liberty and the pursuit of happiness.”

Some historians dismiss the Sheffield Resolves; others call them the first American Declaration of Independence. In either case, in just seven days, who wrote this impressive document?

You probably imagine they were the best and the brightest, perhaps the richest and most influential. They may have been, but they also included a pirate, a counterfeiter and five slave owners.

John Ashley’s farm produced hay, corn, rye, oats, flax, fruit for cider, wheat and tobacco; the extensive meadows provided forage for herds of cattle and sheep; his woodlands yielded charcoal for the ironworks. In addition to the ironworks, he had a potash works as well as a sawmill, gristmill, nail factory, plaster mill and carding mill. He was arguably the richest and most influential man in Sheffield. However, it was his friend and colleague Theodore Sedgwick who was asked to write the document.

Sedgwick was an attorney. He represented MumBet in her bid for freedom. A slave in the Ashley household, it is possible MumBet was in the room serving the men as they worked on the Resolves. Sedgwick was elected delegate to the Continental Congress in Philadelphia, to the U.S. Senate, was Speaker of the U.S. House of Representatives and named to the Massachusetts Supreme Court.

There is little doubt that the Resolves found their way to Philadelphia as the Declaration of Independence was being written. Both Sedgwick and John Fellows were there. John Fellows Sr. fought in the French and Indian War. His son John Fellows fought in the Revolutionary War. He was general of one of two Berkshire regiments, aide-de-camp to George Washington and, at Washington’s behest, Fellows put down Shays’ Rebellion.

Captain William Day was born in Springfield in 1715 and died in Sheffield in 1797. During the French and Indian War (1754–63), he was granted letters of marque. The letters issued by England gave Day, a private citizen, the right to fit out an armed ship and plunder French ships. It was a lucrative business.

A little more than a decade later, the British were ejected from Boston and their merchant ships were confiscated. Day refitted one, the Mifflin, with nine guns and set out. His son, William Day Jr., was his second mate.

You may think of the Revolutionary War being fought in America, but Day set sail for Europe. He circled Ireland, capturing ships, men and plunder. From those exploits we find the first description of Day. The description, from captives later released, was published in British newspapers.

“Day was in his sixties or seventies, somewhat lame from gout, and walked with two sticks.” Day approached a British ship “with stealth — under English colors until he was ready to attack and then unfurled a white flag with a pine tree and the words ‘Appeal to Heaven’  (a Massachusetts naval flag).” From his captives he took personal items like gold and silver watches.

The newspapers reported that the British admiralty sent a ship in pursuit that captured Day. In fact, he had arrived in a safe port and was received with a victory salute from – ironically – the French.

In January, Deacon Kellogg signed the Sheffield Resolves and, in April, his name was heard from a New York gallows.

Silas Kellogg was born in Westfield and died in Sheffield in 1792. Silas was a farmer and deacon of the church, signer of the Sheffield Resolves and reputedly a counterfeiter — an odd combination.

Conviction was rare but punishment was harsh: the penalty for counterfeiting was death by hanging. One Sheffield gang was caught, convicted and hung. On the gallows, Joseph Bill Packer, the engraver, spoke out.

His intent appeared to be to exonerate himself. He began, “I never considered it was criminal for a mechanic to finish any piece of work…whatever mischievous purposes the instrument he makes is applied to.”

(Interesting — that is the same argument gun manufacturers use today to avoid liability for a mass shooting.)

Packer identified what each of the gang did. “Daniel Lewis signed the bills and his sister Polly distributed the ink upon the plate and the father was not ignorant.”

Each were more guilty than he. Then he added, “Deacon Kellogg came to Lewis’ house with a watch in order to exchange it for bills of their manufacture.”

Would he lie on the gallows? Perhaps, but let’s guess not. In that case, he named Kellogg as a man with intent to distribute. Did Packer know? Was Kellogg a man duped by being paid for his watch in counterfeit bills or a man meaning to distribute them and cheat others?

There is testimony of Kellogg as a “man of high social and religious character.” However, Scott writes that counterfeiting in the 18th century was too much for the silversmiths, blacksmiths, tinkers and engravers to resist. Was the temptation also too great for men in every walk of life – even deacons?

They wrote a fine document of which Sheffield is justly proud, and proved in the doing that “a man in his time plays many parts.”

Editor’s note: Some of the signers’ houses still stand. Just for fun, drive by the former Sheffield homes of Theodore Sedgwick at 126 Main St.; Aaron Root at 414 South Main St.; John Fellows at 1601 Barnum St., 159 Main St. and 180 Main St.; and Stephen Dewey at 254 South Main St. The Ashley House is a museum at 117 Cooper Hill Rd. On Friday, April 13, at 7 p.m. at Dewey Hall in Sheffield, Carole Owens will delve further into the topic presented above during a lecture titled “The Men of the Sheffield Resolves.”