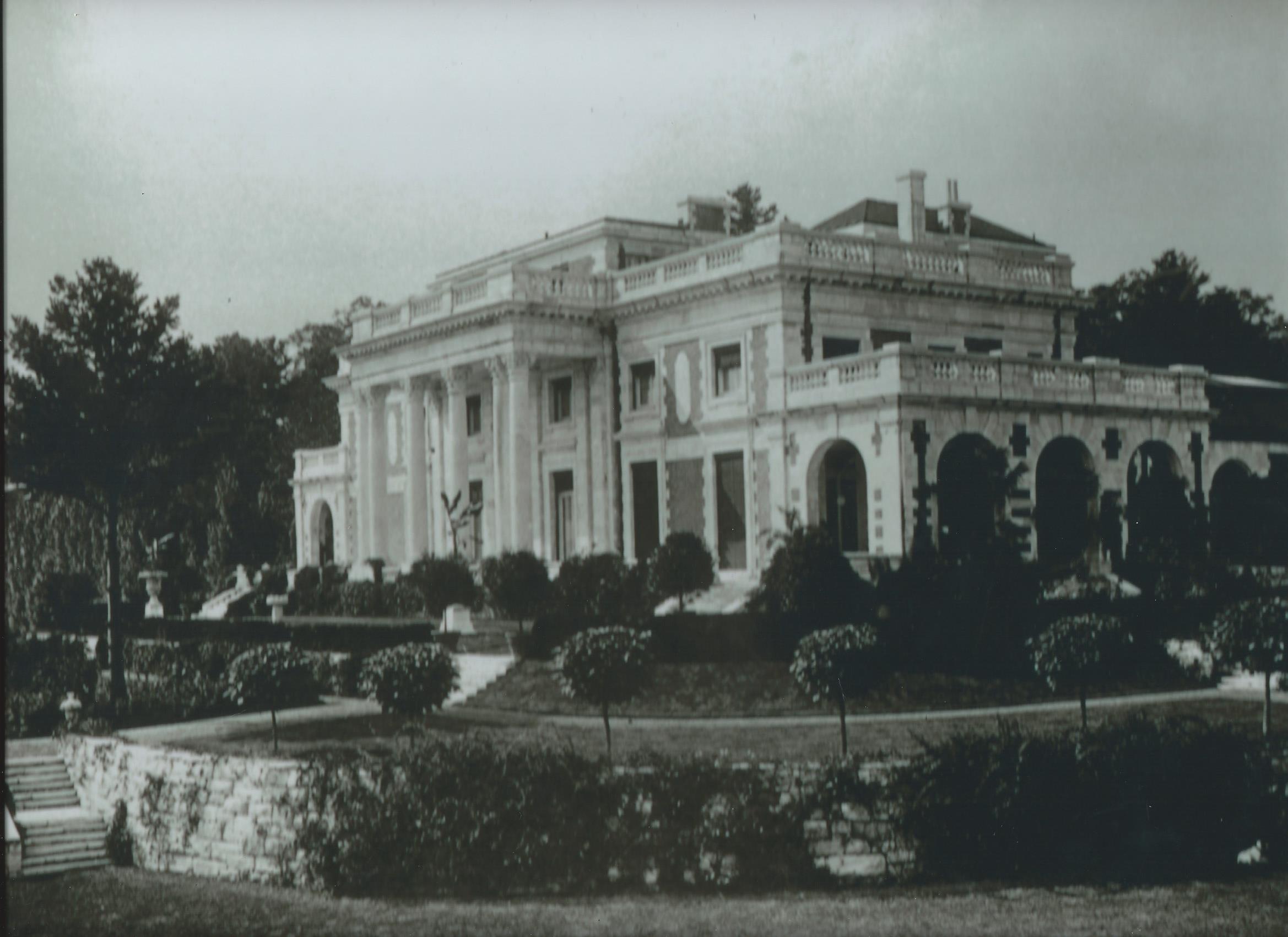 After the Civil War, and until World War I, there was the first colossal economic revolution in America. The basis of the economy shifted from agriculture to manufacturing and the gap between the rich and poor widened. It was called the Gilded Age.

William Dean Howells (1837 – 1920) was an author, editor of Atlantic Monthly, and called the Dean of American Letters. Howells wrote that the age and the new wealthy class offered “the supreme opportunity” for an American novelist to write the great American novel.

When Thorsten Veblen wrote Theory of the Leisure Class Howells reviewed it, “Until very recently we had no such class, and we rather longed for it. We thought it would edify us, or, if not that, at least ornament us; but now that we have got it, we can hardly be sure it does either.”

Not for lack of trying: to assure they were ornamental, the new upper class dressed elaborately, lived luxuriously, and wrote books of etiquette, some more than 500 pages long. The books described acceptable behavior in every conceivable situation including a section headed Immortal Life. It did not describe acceptable behavior in Heaven; it described the behaviors that got you there.

The angle of the extended hand, the changing position of a lady’s eyes as the subjects of conversation changed, the proper way to remove yourself from the dinner table are described, justified, and the consequences of error are spelled out. It was no laughing matter. It was a time when far from a dirty word, discrimination was a virtue sought.

We can satisfy ourselves that we had an American aristocracy. However you define it, lineage or wealth or the combination, authorities agree we had one. To the members of that aristocracy, at that moment, discriminating taste included Worth gowns and Brewster carriages, Olmsted gardens and city palaces and country seats. The clothes, the art, the architecture, the professions of landscape and building architecture were copied or brought from Europe. Still, when the treasures and symbols were set down on American soil, there was an uneasy tension: the feudal lord, the king was not the historic bulwark supporting the new wealth, but the Constitution and Bill of Rights.

A Yankee lady from Stockbridge grumbled at the “silliness and the waste of several liveried footman loafing around Bellefontaine when a single efficient maid might have done as well.”

We were always ambivalent about the super rich. In describing what the proposed author of the Great American novel would do, Howells wrote, “…he would portray the life of our leisure class [therefore] he would appeal to the widest general interest. Our appetite for everything that relates to the life removed from the life of work is almost insatiable.”

On the other side of the coin, Howells wrote that the upper class danced on a floor supported by the broken and writhing bodies of millions of suffering and dying people. The upper class was distained and sought after. The ambivalence was not to be resolved. The social fabric was not quite as immutable as it was perceived to be. The dissolution of the Gilded Age was built in.

When Ward McCallister published his list of The 400, he thought he had uttered a final word. But prior to his list, there was Mrs. John Jay’s dinner list representing America’s First Families. There was almost no duplication of names on the two lists. In a truly stratified society with an aristocracy extant, how long one had money and how long it was since one actually worked for it, were more important than the money itself.

From Mrs. Jay’s list to Ward McCallister’s list, only four generations elapsed. Even in so short a time, aristocracy-wise, the lists didn’t repeat. American society was fluid. Those who held the wealth stood on a shifting foundation. On any day, if you had enough money and the desire to enter society, you had no problem that one generation couldn’t solve.

If Ward McCallister’s misconception about his list was folly, it was a folly shared by a whole upper class. Each new elite believed himself positioned forever. Each new composition of social upper crust fought against the new insurgents, and each failed. However they were no less powerful. It was only that wealth and power were momentary, and change was certain.

The nouveau riche of the Gilded Age were themselves change agents. The new plutocrats were the masters and directors of an economic revolution. The new status had to be expressed. Proud, wealthy, optimistic and energetic, those individuals dotted the landscape with the symbols of their new-found stature. They were inveterate builders. They were men and women of great wealth “to whom display and ostentation were a highly competitive game . . . They invested as much money in the erection of dwellings as any of the royal families of Europe, the Bourbons excepted.” They were literally showing the world who they were.

America did not invent aristocracy – first we ousted it and then we imitated it. If there is an America form of aristocracy, it is probably celebrity and absolutely wealth itself. But no matter, our love of speed, progress, and our readiness for change, all supported by the upper class itself, will always undo that class. So like Berkshire weather: if you don’t like what’s going on right now – wait a minute. The only certainty is change.

Just a word in honor of the scientists’ march: there are no alternative facts. Discovering the truth is hard labor and a labor of love. Whether in the fields of the humanities or any of the sciences, finding the truth extends and enriches life; it can light the world. We are all entitled to our opinions but not to our own set of facts, and only provided we know the difference.