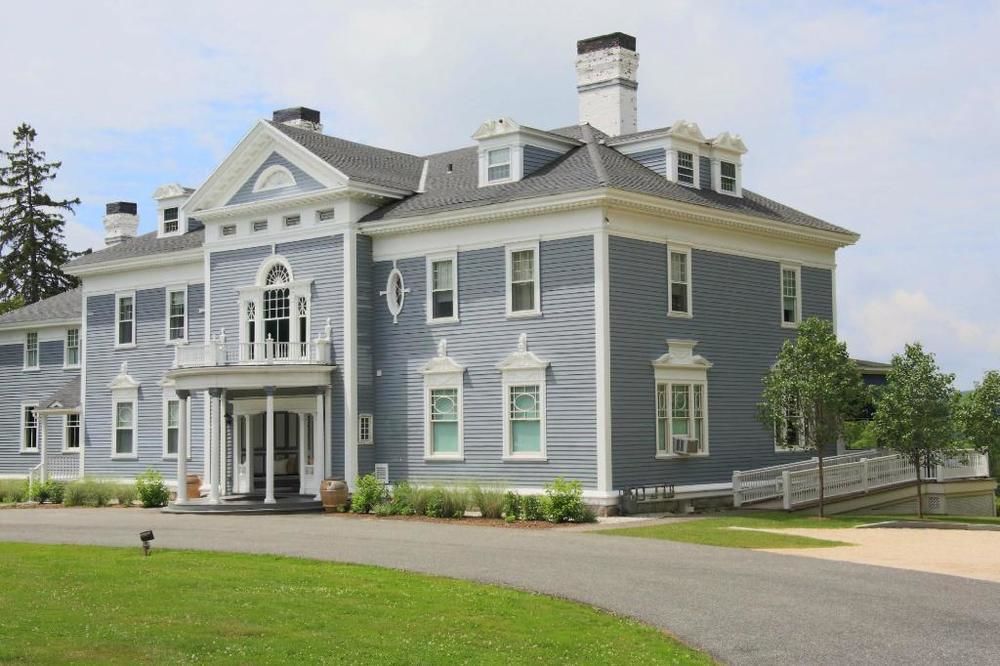 In 1880, Arthur Rotch and George Tilden formed a Boston architectural firm. Both Rotch and Tilden trained at Massachusetts Institute of Technology and at École des Beaux-Arts in Paris. They worked steadily for 14 years and the firm prospered. The partners were properly called “the society architects” both because of their families and their clients. Rotch died in 1894; Tilden continued to work until 1914.

It seems logical that their work would be scattered up and down the eastern seaboard readily available to those who want to see the Rotch and Tilden style. Unfortunately,that is not the case. Fires in Bar Harbor, Maine, and the wrecking ball elsewhere changed that. However, in Lenox, all five of the Berkshire cottages built by Rotch and Tilden are intact and in use.

Berkshire cottages are treasure troves: The lines of the buildings, the lineage of the owners, and the story lines combine to tell us our history.

Unlike most Berkshire cottages, when Frederick and Matilda built it, it had no name; it was referred to simply as Frelinghuysen Cottage. Subsequently it had three names: The daughters called it Sundrum, and other owners called it first Uplands and then Basset Hall.

Rotch and Tilden developed an “increasingly sophisticated blending of Georgian and Federal forms,” according to architectural historian Harry Katz.

According to Rotch, the Gilded Age demanded “an eclectic compilation of different styles.”

The best examples are the Frelinghuysen Cottage and Osceola. Lenox was more formal than Bar Harbor and, therefore, more responsibility was placed upon the architects to create elaborate designs.

Rotch continued, “Design requires a robust and keen intelligence to develop from this mass of detail a homogeneous work of art.”

Frelinghuysen Cottage remained in the family another two generations, but which family members stayed there was never predictable. Daughter Sarah Frelinghuysen married Bancroft Davis and their daughter married another politician – Henry Cabot Lodge. Daughters Sarah and Matilda stayed at Frelinghuysen Cottage, but son Frederick Jr. did not. Most grandchildren stayed across the street at the Curtis Hotel with their nurses. However, one grandchild did stay at the cottage. “Gris” remembered waiting for the wagons that delivered mail, milk and other supplies. He didn’t watch, he listened for the hoofs on the unpaved road.

In 1891 the house was rented for the season to George and Sarah Morgan. It was there that they met with their architects Rotch and Tilden – as well as their landscape architect, Ernest Bowditch – to plan Ventfort Hall.

Belvoir Terrace was built for Morris Ketchum Jesup. He left school in 1842 when he was 12 years old and began working. By 24, he was a railroad banker. That is, he financed the building of railroads.

He was a lifelong friend of Junius Spencer Morgan – the father of J.P. and Sarah Morgan – and served on the board of directors of the J.S. Morgan Bank. He worked until he was 54 and, when he retired in 1884, he was a multimillionaire.

Jesup set about indulging his dreams and supporting his favorite causes. Belvoir Terrace was his dream house and he was involved in every aspect of the creation. His favorite causes included exploration and natural history. He funded Peary’s North Pole expedition and set about founding a museum. When Junius Morgan died, Jesup asked J.P. Morgan to serve on the board of an organization he founded; J.P. said yes. The museum Jesup founded was the Museum of Natural History in New York. Jesup fulfilled his dreams and supported his causes before he died in 1908.

Belvoir Terrace is eclectic. It is reminiscent of other houses Rotch and Tilden designed in Bar Harbor with familiar elements. It follows Rotch and Tilden’s theories about the fabric and the situation of the house on the property. The rounded elements at either end are reminiscent of Thistledown, it has the feel of New England shingle style, and yet it remains unique – a reflection of its owner as much as its architects.

Edward Livingston, owner of Osceola, came from a proud and powerful family. From before the Revolutionary War through the Gilded Age, the Livingstons were socially, politically and economically prominent.

Edward was descended from Robert R. Livingston (1654–1728). Robert came to this country from Scotland at the age of nine. He made a fortune primarily through trade with the Indians and rose to a position of wealth and influence in New York.

His great-grandson, Robert R. Livingston (1746–1813), was a law partner of John Jay and the first chancellor of the state of New York. President Thomas Jefferson appointed him minister to France, and it was he who negotiated the Louisiana Purchase.

Robert held a monopoly on steamboats in New York and financed Robert Fulton’s experiments. Their collaboration resulted in the launching of the Clermont, the first commercially successful steamboat. The steamboat was named after Livingston’s Hudson River Valley home, Clermont House.

Robert’s brother, Edward Livingston, was member of the United States Congress from 1795-1801 when President Jefferson appointed him U.S. District Attorney of New York. Edward also served as mayor of New York. Under President Andrew Jackson, he was Secretary of State. He lived in Louisiana and wrote the Louisiana Code of Civil Law. His grandson and namesake built Osceola.

Edward Livingston of Osceola was born in 1857 and married a Pittsfield girl at the St. Stephens Church on Nov. 25, 1882. Sarah McAlpine Pollack was a member of two prominent Pittsfield families: her mother was Sarah Learned and her father was William Pollack, a Scotsman who made his fortune in wool manufacturing. After their wedding, Edward and Sarah embarked on a six-month honeymoon, a practice typical of the period and people in their financial position.

They named their Berkshire cottage Osceola after the Seminole Indian chief who lived 1800–1838. Cities in Florida, Mississippi, Missouri, Iowa and Nebraska are also named for him.

On Oct. 11, 1888, the Pittsfield Sun wrote, “Mr. Rotch, the millionaire architect of Boston, who designed the Frelinghuysen mansion, has made plans for a lovely little cottage for Mrs. Edward Livingston of Pittsfield.”

On May 30, 1889, the Pittsfield Sun wrote: “Mr. Livingston’s new house will be one of the handsomest in Lenox. A piazza the full length of the house and very wide commands a matchless view of the west valley. Builder Munyan of Pittsfield will establish the best of reputations by this excellent job.”

Harry Katz, Rotch biographer, describes Osceola as “polished and sophisticated with substantial piazza running the length of the house has the feel of a viewing pavilion, an elegant way station between town and country.” The Livingstons sold the house in 1921.

The connections between the cottages and the cottagers should never be overlooked. For example, Edward and Sarah Pollack Livingston of Osceola were related to George H. Morgan’s second wife, Sarah Learned Mifflin of Ventfort Hall. The Morgans rented Frelinghuysen Cottage to plan Ventfort Hall. In 1877, when 94 of America’s leading businessmen and politicians met to honor Junius Morgan, Morris K. Jesup of Belvoir Terrace was among them. Jesup lived at 197 Madison Ave. and persuaded J.P. Morgan to build his city house on Madison so he would be “near my friends Charles Lanier and Morris K. Jesup.”

The remaining two Rotch and Tilden cottages,Thistledown – also called Thistlewood – and Ventfort Hall, will be in the column next week.