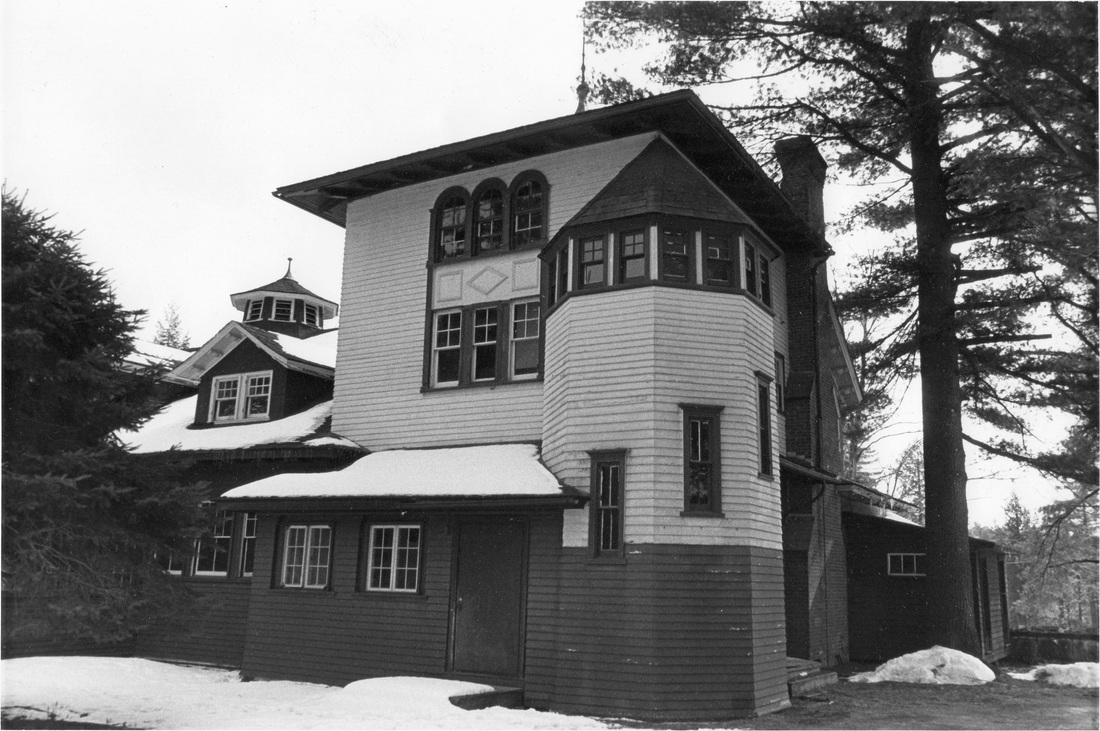 The Carriage House at the Music Inn.

“We are here today to remember,’” Olga Weiss said, opening the program.

Billed as a sort of book launch, there was no book. They wanted whoever came to share what they remembered so they can write the book.

“We don’t want to let it pass from memory,” Weiss said.

That introduction sounded as if they anticipated a few old folks gathering to discuss “the good old days.” On the contrary, 300 people crowded into the Lenox Memorial Middle and High School auditorium. With minimal advertising and word of mouth, they came to hear about “The Life and Times at Music Inn,” part of the Lenox 250th celebration. Interesting that the event drew so many – why?

One among the audience was Arlo Guthrie. Sadly, he claimed to know nothing about the event – not even why he was there. Too bad, since he was – with Pete Seeger – the first performer to mount the stage in the third and last incarnation of the Music Inn.

“Hello, aging hippies,” Weiss intoned. That may describe Guthrie. Is that who came? Quick observation disclosed it was possible, but there were others – folks too young to be aging anything and too conservatively dressed to be hippies. When asked, one audience member said he came because he currently lives at White Pines and wanted to learn the history. Knowing the history of the place you live in is gratifying, and Music Inn was a special place.

Music Inn existed as a venue from 1950–1979. During three different phases, it was consistently a gathering place of American musicians. When Stephanie and Philip Barber owned Wheatleigh, the estate was still intact and included the expansive grounds, farm and farm buildings. Stephanie loved music and especially jazz. She saw those buildings – the clock tower, barn, ice house and more – as performance spaces. She founded “The Music Barn” as a center for jazz, the study and the performance thereof. It was a place for jazz to breathe and grow. In addition to the stage and the school, there were the Round Tables. The discussions integrated the arts. Poets such as Langston Hughes joined playwrights and discussed American arts with the musicians. Hughes introduced Mahalia Jackson to the Music Inn and it was there that she sang for her first white audience. Writers became more attuned to the “sound” of America and music influenced the word.

After a decade, the era of the Barbers and jazz drew to a close. The striking images of that period and the contribution made were that Stephanie was absolutely colorblind. People were not black or white, they were proficient or they were not. In a quiet corner of Stockbridge, integration was smooth, congenial and productive.

The music moved on from jazz to folk as the owner changed. Then, in its third decade, came its third incarnation. Olga and Bob Weiss purchased both Wheatleigh and Blantyre. They went to the Stockbridge selectboard for permission to develop Wheatleigh and were met with something less than enthusiasm. As a result they called a cousin, David Rothstein, and asked what he would do with the property. What he did was develop the third and final phase. The name changed from The Music Barn to The Music Inn and the music changed from folk to rock and roll. The first performance, as mentioned, was Arlo Guthrie and Pete Seeger, but the list goes on and includes all those you have heard of and still remember from Bonnie Raitt, Bob Dylan, Kristofferson, Baez, Marley, Morrisson, Springstein, and The Band. Check out the list at www.musicinn.org.

It was a happening place, as they used to say. The popularity of The Music Inn was rivaling its next-door neighbor Tanglewood and adjustments had to be made. The rock concerts had to end at 8:30 so that Tanglewood arrivals were in their seats before The Music Inn audience was let out. Narrow country roads could handle just one concert at a time.

“It was perfect for the time,” John Hart explains. “It was a mini-Woodstock after Woodstock.”

It was more than a performance space; it was also home to many young people. “It was almost a commune,” Hart adds.

In 1979, whatever it was came to a screeching halt. An Allman Brothers concert was disrupted and near riot conditions ensued. According to Rothstein, the audience changed as the music changed. The audience became louder and more disruptive as the music became more amplified. Rothstein closed the place.

There was one event after that. Guthrie described his efforts to stage a charity event at Music Inn after the official close. The Stockbridge selectboard, weary and wary, said no. Guthrie went to court and won. It was the last concert at Music Inn and, just like the first, it was Guthrie and Seeger.

When Rothstein went to the Stockbridge selectboard to close Music Inn and develop Wheatleigh, they breathed a sigh of relief and gave the permit, the same permit they’d denied Weiss almost a decade earlier. Thus, White Pines was born and an era died. Now they want to write a book about it, and they wanted the audience’s help in remembering. Even as Americans live longer, given that the events were between 40 and 60 years ago, the audience was too numerous and most were too young to remember.

As Rothstein quipped, “Those who were there can’t remember things anymore, and those who claim to remember weren’t actually there.”

As I introduced myself, Rothstein said, “Hey, you want to write it?”