I watched as fire and rescue teams gathered at the base of Monument Mountain. I hoped for the best but the outcome was not good. Everyone grieved for the loss of the hiker and felt compassion for her family.

Hiking the Berkshires is a pursuit as old as the hills themselves. It is most often healthy and invigorating. Lovely vistas delight at every turn, and there is another reward: wherever you go, you are following in some very impressive footsteps.

1846: Lawyer, writer and Stockbridge native Henry Sedgwick accompanied James Russell Lowell in a trek up Monument Mountain. Lowell was a popular poet who believed the poet was both the critic of society and its guide. He was also a diplomat and served as ambassador to the Court of St James. 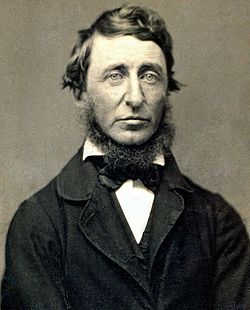 Author and philosopher Henry David Thoreau preferred Mt. Greylock. In July 1844, he rested at the top and read the Berkshire Evening Eagle, pronouncing the advertisements better copy than the articles. However, he didn’t slight the view: “The landscape is good for the eye every hour of the day.”

Oliver Wendell Holmes climbed Rattlesnake Mountain and used it as the model for his 1861 novel “Elsie Venner.”

Transcendentalist, essayist and lecturer Ralph Waldo Emerson walked the streets of Lenox in 1853 when he brought his daughter to Miss Sedgwick’s School. His eye rose to where his friend Thoreau climbed nine years earlier but, as far as we know, he confined himself to a far easier walk up Bald Mountain (where Seranak is today).

In Stockbridge, Reverend Jonathan Edwards trod Prospect Hill. At the highest point, he looked down at Main Street, and out at the mountains beyond and proclaimed the site holy (it is the location of the National Shrine of Divine Mercy today).

Down in the valley, on Main Street, author Catharine Sedgwick walked along the Housatonic River behind her house and called Stockbridge “heaven.”

Poet Henry Wadsworth Longfellow walked along the Oxbow by “the flowing wall of river” through “breezy bowers and groves clear of all underbrush.” He stared out at the Housatonic River and dreamed of building castles (to find the Oxbow today follow Main Street in Stockbridge past the golf course and over the bridge, and veer right).

With his wife in 1846 and 1848, Longfellow trekked Williamstown and Lebanon Springs (New York) and pronounced the Berkshires “enchanted.”

Author Herman Melville, accompanied by his black Newfoundland dog, walked the eight-and-one-third miles from Arrowhead in Pittsfield to Nathaniel Hawthorne’s Little Red House in Stockbridge. The friendship influenced the final form of “Moby-Dick.” At the same time, in the Little Red House, Hawthorne wrote “The House of the Seven Gables” and “A Wonder-Book for Girls and Boys.” “Wonder-Book” used the views of Stockbridge Bowl – the near hills and streams – as inspiration, places Hawthorne saw from his writing-room window and hiked with his children.

In 1850 and 1851, Melville, Hawthorne, and publisher Evert Duyckinck also visited Williamstown and Lebanon Springs. They toured the Shaker village in Hancock and, after a train and cart ride, walked the final stretch up Mt. Greylock. 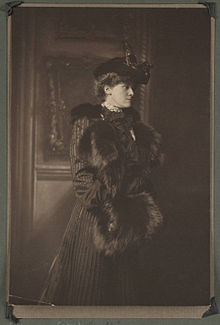 In the early 20th Century, author Edith Wharton and her famous guest Henry James enjoyed Berkshire scenery not from the footpath, but from an automobile. James correctly foresaw that the auto was “a great transformer of life and of the future.” James was enthralled that one could “rope in a huge net-full of impressions” as one sped past in an automobile. Wharton used those impressions of the Berkshires in “Summer” and “Ethan Frome.”

Not only writers but painters found hiking the Berkshire Hills inspiring. In 1847, as the houseguest of Sam Ward at Highwood (on the grounds of Tanglewood today), George Inness painted “Storm Clouds” and “Hills of Berkshire,” both depicting the views that Hawthorne would later describe of Stockbridge Bowl and the hills beyond in “Wonder-Book.” 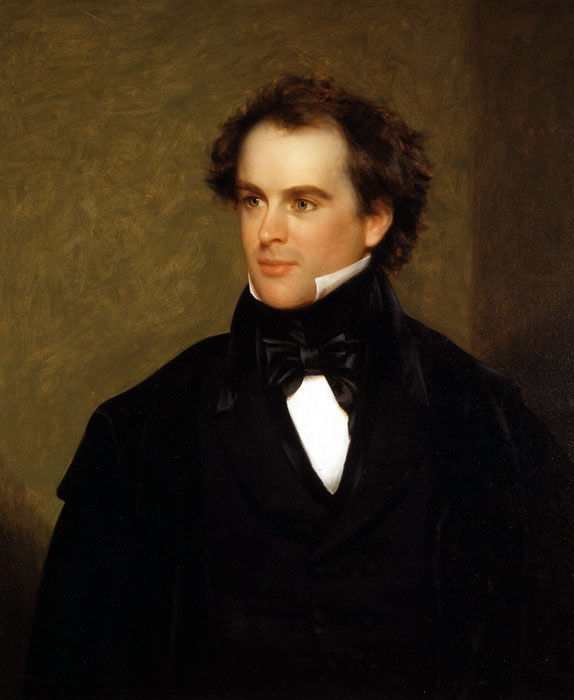 Back on Monument Mountain, possibly the most famous trek of them all took place: Oliver Wendell Holmes, Nathaniel Hawthorne and Herman Melville scrambled through Ice Glen and then up Monument Mountain on the same August day in 1850. On August 5, 1850, David Dudley Field invited a group of literati to Laurel Cottage in Stockbridge. The purpose was to ascend Monument Mountain and then dine together. During the ascent, they were caught in a downpour. Melville and Hawthorne became fast friends. The meeting was so important to both men that Melville dedicated “Moby-Dick” to Hawthorne.

In June of 1850, Hawthorne received a bottle of fine champagne from another writer, Lewis Mansfield. Hawthorne wrote a thank-you note to Mansfield which concluded: “Should a man of genius happen by and sit at our board, I shall loose the cork.”

Mansfield was an established and respected writer. Perhaps he thought if he happened by, Hawthorne would indeed pull the cork, but no. Shortly after their meeting on Monument Mountain, Hawthorne invited Melville to “spend a few days with me in [the Little Red House].” There Hawthorne opened the bottle of champagne and poured the first glass for Melville.

So, take a hike in honor and in company of all those who came before: the famous and not famous, those who returned unharmed, and those who died in the attempt. A Berkshire ramble will refresh, energize, and delight. As you walk along, think of those who walked the same path before you.

— Derek Parfit
Read next: DANCING ON THE EDGE: Recent performances at Jacob's Pillow