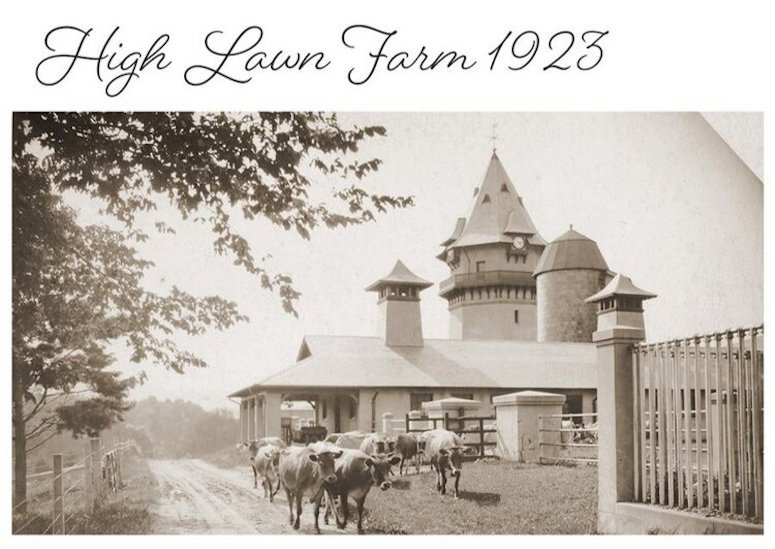 Folks tell the story of the Lee mills, and rightly so, but Lee was also, and for a longer time, farm country. To some degree we have lost track of the stories of agricultural America, but they are worth remembering. They are just as winning and warming as the stories of the factory girl with a dream and the entrepreneur who prevailed against all odds.

Just as the Civil War began (1861), a boy disappeared from a farm in Lee. He drove the cows to pasture and was not seen again. Filled with feelings of patriotism and dreams of adventure, he ran off to join the North and fight for the Union. He did not ask permission or offer an explanation, he just left, certain in his conviction. He could not read or write, and left no note. His parents alternately grieved, bragged, and prayed.

What happened next prompted Kate Osgood of Lee to write a poem about (reputedly) Charles Gates of East Lee.

He (Gates’ father) went for the cows, when the work was done;
But down the lane, as he opened the gate, He saw them coming one by one, –
Brindle, Ebony, Speckle and Bess
Shaking their horns in the evening wind,
But who was it following close behind?
The empty sleeve of Army Blue;
All worn and pale from crisping hair
Looked out a face that the father knew
Great tears sprang to their meeting eyes
Together they followed the cows home.

He came back just as he left — without a word. With one less arm, Charlie drove the same cows home.

In the century before, when folks first came to Lee, they slept with their cows. They kept each other alive in myriad ways. Later, the settlers built barns, but connected them to the houses with open passageways that encouraged mingling. Finally, the cows were relegated to barns, but were still named and loved.

In 1937 a marker was erected on Highfield Farm, South Lee, over the burial site of Colantha Mooie:

There were many farms, some successful and large, others hardscrabble and small. The largest and most successful was run by a woman who, from a young age, loved cows. It did not begin its existence as a working farm; it was a wedding present.

When Lila Vanderbilt Sloane married William Osgood Field in 1902, her mother, Emily Thorn Vanderbilt Sloane, gave them High Lawn as a wedding present. Emily and William Douglas Sloane (Elm Court) chose not to build the young couple a city house as they did for their other children. Instead, they purchased one of the “Marble Twins” at 645 Fifth Avenue. The house was built by Emily’s brother, George Vanderbilt (Biltmore), and located directly across Fifth Avenue from Emily’s own massive home at 2 West 52nd Street. To “make up for” any perceived slight, any difference in the value of the houses built for the other children, the parents threw in High Lawn.

High Lawn, in its first incarnation was a Georgian-style Berkshire Cottage adjacent to Elm Court. High Lawn had a farm as part of its massive acreage (spanning Lee, Lenox, and Stockbridge) as many Cottages did. The Great Estates typically included a farm with horses, cows, chickens, and fields of crops as well as stables, greenhouses, and formal gardens.

Lila and William had four children: William, Frederick, Marjorie, and Mary. When Lila died in 1934, High Lawn Farm was born. Marjorie Wilde, with husband George, purchased the property from the estate. They began their “100-year quest for the world’s best milk and cheese, started with the love of a little girl.”

The girl loved Jersey cows — a breed originated in the Isle of Jersey. Sixty-three years later, when Marjorie died, she left a flourishing business and a stellar example of breeding cattle, and milk, cheese, and butter production.

I remember Marjorie. Forty years ago, when I was writing “The Berkshire Cottages,” I interviewed many children of the original Cottagers. I wished to interview a daughter of Emily Thorne Vanderbilt, but I was told, even by her siblings, that Marjorie would definitely decline. I thought about it long and hard. What would make her willing to meet with me? Finally, I called her, and spoke the words I had prepared.

“I was raised in Minnesota, so naturally, I consider Guernsey cows superior to Jerseys.”

“You get over here,” she said.

So, in response to her “I’ll-show-you” tone, and with alacrity, I made my first visit to High Lawn.  Marjorie was the soul of graciousness — and very persuasive. In the end, after making her case for the Jerseys, she was very helpful with my first book.