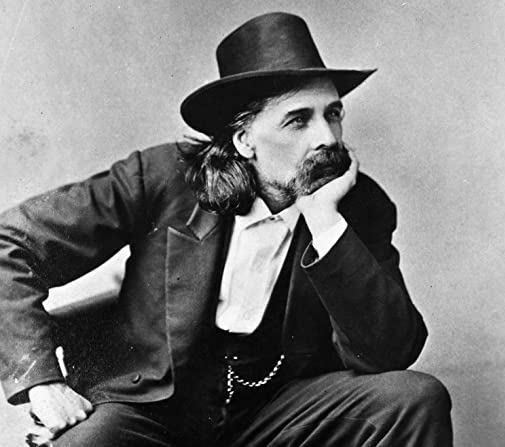 Just after the 2016 presidential election, I was asked to write a column giving advice about how to live through the next four years. Josh Billings said, “Advice is like castor oil; easy enough to give, but dreadful uneasy to take.” So, instead of giving advice, I selected from advice given by the greats. Now, four years later, as we face the second trial of the twice-impeached former president, it all bears repeating.

2016: As I see folks wondering what to do — rise up, sit down, or wait it out — I remember advice from Josh Billings: “Common sense is the knack of seeing things as they are and doing things that ought to be done.”

However, many say they are waiting to see. See what? And when has one seen enough?

Winston Churchill said, “An appeaser is one who feeds a crocodile, hoping it will eat him last.”

This new president is constantly doing the unexpected; the nontraditional. We the people could be cast adrift and left without anchor or touchstone. Or, as Churchill advised, “A love for tradition has never weakened a nation, indeed it has strengthened nations in their hour of peril.”

And Lady Astor, in a rare moment of agreeing with Churchill, advised, “The only people to fear are those who want to change everything…”

Maybe this four-year period will remind us what our forefathers fought for and why certain rules and restraints were put in place. What, for example, is the value of freedom of speech, an unfettered press? What are the limits? What is the importance of placing civilians over the military as Commander-in-Chief and Secretary of Defense? Why, if a military person is considered for either post, must he or she have been retired from the military for more than seven years?

Eisenhower’s advice was clear: “In the councils of government, we must guard against the acquisition of unwarranted influence, whether sought or unsought, by the military-industrial complex. The potential for the disastrous rise of misplaced power exists and will persist.”

We demand good character in our leaders, but what is the most important character trait?

According to Churchill, “The price of greatness is responsibility.”

Taking bows for success and blaming others for failure is as reprehensible as hoodwinking the public by claiming a failure is an accomplishment.

Perhaps we need to be reminded what can be detrimental about appointing billionaire businessmen to run the government. Aside from the fox guarding the henhouse, it may be how they made their money.

A 2016 email, purported to be from Queen Elizabeth of England, advised: “To the Citizens of the United States, In light of your failure to elect a competent for President of the USA and thus to govern yourselves, we hereby give notice of the revocation of your independence. Effective immediately, Her Sovereign Majesty Queen Elizabeth II will resume monarchical duties.”

Much advice is aimed at the voters rather than the elected officials. For example, Warren Buffett said, “Honesty is a very expensive thing – don’t expect it from cheap people.”

Will Rogers warned, “Even if you’re on the right track, you’ll get run over if you just sit there.”

Finally, Alexis de Tocqueville wrote, “’We get the government we deserve.”

Possibly the biggest problem in America today is not a clash of opinions; we can deal with a divided country and a two-party system; we always have. What we cannot deal with is that we no longer know fact from opinion; we can no longer distinguish the truth from spin.

As Will Rogers advised, “It isn’t what we don’t know that gives us trouble; it’s what we know that ain’t so.”

William Shirer, author of the “Rise and Fall of the Third Reich,” advised, “No class or group or party in Germany could escape its share of responsibility for the abandonment of the democratic Republic and the advent of Adolf Hitler. The cardinal error of the Germans who opposed Nazism was their failure to unite against it.”

2021: The people of the United States did not give up. They showed up and voted. They allowed the USA to turn the page and dodge a lethal bullet. Although there is no law without consequence, we might have heeded the advice of Representative Jim Clyburn (D-SC), and Professor Timothy Snyder (“On Tyranny”). They suggested we hold the trial of the twice- impeached ex-president after President Joe Biden had completed his first 100 days. Accomplishing the positive, they suggested, is more important than punishing the destructive.

However, we did not wait and so, once again, we will be exposed to the lies, and sadder still, those who believe them. We will be forced to listen to the false equivalences and the false “what-abouts.” We will hear repeated all the anti-traditional, destructive, untrue, and unhealthy, marched into the center of a political debate, a Constitutional proceeding.

America, distinguish! May we all know truth from lies, the factual from the fallacious, common sense and wisdom from agitprop, and recognize the common interest from self-interest, real support from cowardice. Our Founding Fathers relied upon we the people and our ability to descry and discern.