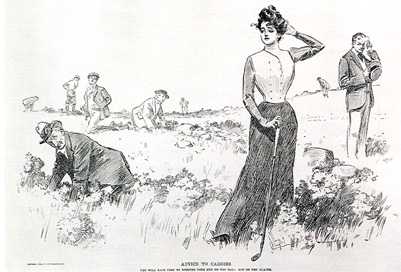 In 1645, Gov. Edward Hopkins of Connecticut wrote to Gov. John Winthrop of Massachusetts. Hopkins was concerned about his wife, concerned that she had “lost her wits” and gone insane.

Winthrop was clear in his admonition and advice: “If she had attended her household affairs and things that belong to women and not gone out of her way to meddle in things that are proper to men, whose minds are stronger, she could have kept her wits.”

Two hundred years later, in 1855, Susan B. Anthony wrote: “When society is rightly organized the wife and mother will…grow intellectually…will know her sphere is prescribed only by the measure of her ability.”

In 200 years, the lives and the perception of women changed. Throughout the 19th century, both continued to change. In part, it was a function of the Industrial Revolution.

The Industrial Revolution changed the American economy from an agrarian to a manufacturing base; concomitantly, the population moved from the countryside to the city. In the city, women got out more – literally. First and foremost, they found work outside the house. Housewife or domestic servant was no longer the only choice. Work outside the house entailed travelling to work, and that meant travelling alone – even if a short distance. These were new experiences.

Of course old ideas persisted. Even as a woman’s world expanded and she dared travel to work by bicycle, a columnist warned, “Showing an ankle in public is one step removed from prostitution.”

Author and columnist Mrs. Schuyler Van Rensselaer asked, “Why would any woman wish to leave the safety of the hearth (whether as wife or domestic servant) for the tawdriness of the city?”

Nonetheless industrialization and modernism were here to stay. Pragmatist William James and John Dewey argued that the value of new ideas and methods should be discovered through experimentation. If the value was proven, the new should be put into use (that is: Try it – you might like it). That formed an intellectual underpinning for throwing off the old. Many were ready for the new; many clung to the old ways.

Industry marched on and soon there was unity in searching for an antidote to “the machine in the garden.” Oddly, women played a central role. The woman of a former age was seen as the “true woman.” Docile and domestic, she was the remedy for the crass industrial age. The idea that the old-fashioned woman could reverse the negative aspects of industrialization by being an angel of the hearth, provider of domestic paradise, was a compelling argument to swing the pendulum backward. However, women themselves were engaged in the new reality in a very different way.

Standing in opposition to the “true woman” was the “new woman.” Women saw the new age as an age of social reform. They were promoting the good of humankind by forming organizations that educated, informed, provided medical and sanitation services, fought for prison and asylum reform, children’s rights and, of course, women’s rights including suffrage and reproductive rights. The “New Woman” eschewed the old.

Remember that ankle exposed in public? Well, oddly and interestingly, one way the new woman distinguished herself was through fashion. Illustrator Charles Dana Gibson drew the new woman – the Gibson Girl. She stood in stark opposition to the woman of Godey’s Lady’s Book, the former stepping into the modern age ready for any role whereas the woman of Godey’s Lady’s Book was that provider of a domestic paradise. Godey’s scoffed at the Gibson Girl as unable to cook and sew. The Gibson Girl was sad that the “true” woman was satisfied with so narrow a sphere. The Bloomer girl was a step too far – too modern too soon and just as soon faded. It is hard to say if the philosophy was too radical or the fashion too silly.

The rights and roles of women are ever in flux. Then and now, for every step away from the traditional, there is a tug backward. At this moment women’s organizations are asserting that we are going backwards. If so, it is as it always was: Not only is the push/pull ever present, but the philosophies at the core of the argument are the same. Was Winthrop right and there is a proper sphere of women and a proper sphere of men? Or was Anthony right and the only limit to a woman’s advance – as to a man’s – is individual ability?