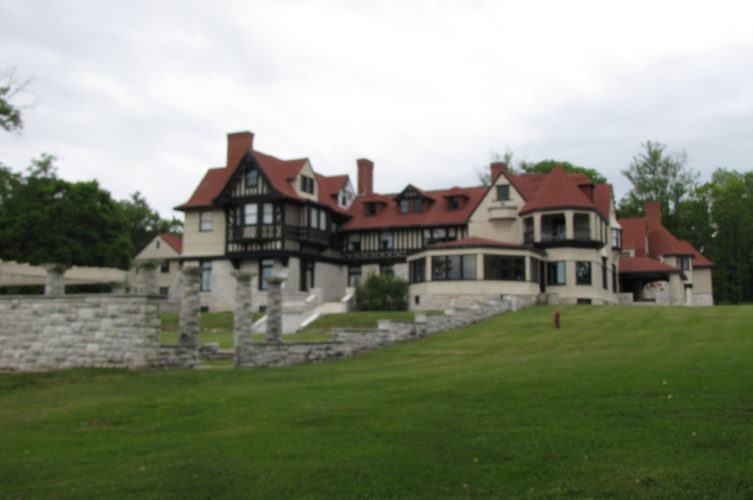 Stockbridge — According to economist Paul Krugman, “it has become a commonplace to say we are living in a Second Gilded Age.”

Economic historian Brad Delong posits that we learn from history including “from the first Gilded Age.” Should we in Berkshire, therefore, anticipate a second major influx of Gilded Age elite? Not necessarily.

While there are similarities between America’s Gilded Age and 2015, the differences in population, the economic base, and America’s overall trajectory are significant. Now, as then, there is a disproportionate distribution of wealth, but that does not mean the effect on the Berkshires will be the same.

First and possibly foremost, during the first Gilded Age, New York City was the economic capitol of the United States. The city palaces along Fifth Avenue were inhabited by the power brokers, the capitalists, the major owners of America’s wealth. When they looked for a place to establish county seats, they followed the train line a comfortable distance to Berkshire County.

Moreover, Gilded Age elite all knew one another; the hostess at Newport was the house guest at Lenox. The Barons of Banking and Princes of Industry followed the same social circuit as a group: New York in winter, Paris in the spring, Newport in the summer, the Berkshires in the fall. Newport and the Berkshires were enclaves of the privileged few transplanted en masse to the sea for the breezes and the mountains for the clean air.

Now as then, more money comes into the county than is generated here. One local quipped, “Without the tourists and second homeowners we wouldn’t have an economy – good or bad.” However the number of people bringing in that wealth has increased significantly, therefore the effect on our county has too.

When they came to Berkshire in the years between 1880 and 1910, the Cottagers changed the landscape and the economy. However, the total number of cottages was never more than 100 residences, and their sojourns in the Berkshires were generally limited to two or three months.

Nonetheless, the influence the Cottagers had on the Berkshires cannot be minimized. For long decades, certainly in South County, the Cottagers were major employers. Even after they departed, we lived off the detritus of their wealth. If you consider the number of former Gilded Age cottages that are the restaurants, religious communities, resorts, spas, and inns of today, then a significant part of our current economy is still dependent on what they built. Now add the number of cultural institutions built by Cottagers, and it is indisputable that we still trade on what the Cottagers left behind.

Today, the resident population of Berkshire County is 131,219. The tourist population is about two million annually. That means that, if every visitor arrived on the same day, then on that day the resident population would be only 5 percent of all those present in the county. Fewer people brought in more money then, and more people bring in less money now. Therefore, stress on our resources, land use, and life style are greater now than then.

Perhaps the tourists and second-home owners combined approximate the economic force of the Cottagers. And yet it is different in kind. The Cottagers built architectural gems. As the tourists come and go, chain hostelries construct quick cheap homogenized buildings set in seas of black top.

The second homeowners buy, build, and renovate, bolstering the real estate and building trades, and yet the majority is of the middle and upper middle class, not the notorious one percent. In Lenox, for example, renovation and adaptive reuse of a former cottage offers “Luxury Resident Privileges without the Hassle of Home Ownership” — whatever that means. Whatever it does mean, it is a far cry from the nineteenth century resident whose staff numbered at least eight inside and 25 outside, and whose single family home was “no fewer than 20 rooms on no less than 20 acres.”

Another big change is that today corporations, not individuals, are developing properties. The difference in density and land use is significant. Elm Court is an example. Instead of a single family residence (however grand), the developers propose 112 bedrooms, a 60-seat restaurant, and a spa. The original house is 53,538 square feet and the addition is over 52,000 square feet for a total over 105,500 square feet. The developers project 100 jobs on the site. Elm Court sits on 90 acres, and next, without undue legal machinations, the developers could build homes or townhomes on the massive acreage as they did at Wyndhurst and Erskine Park. If they did, the concentration of commercial and residential square footage and people on that site, in that corner of Stockbridge, would be greater than on Main Street Stockbridge. Developers could create the new town of Stockbridge next door to the old: hard to overestimate the impact.

Is the impact negative or positive? The arguments made in the affirmative were that the project would create jobs and save an architectural gem. However, jobs in the Berkshire hospitality industry are most often lower-paid and seasonal. And it is hard to argue that the plan for Elm Court is preservation. The proposed addition is a change in size and style so significant that is cannot be identified as a model of preservation or even a restoration.

Will corporate development help or harm the Berkshires? In the absence of hard facts, an argument could be made either way. However, we already know two things: corporate development is distinctly different from a return of the Cottagers, and second, the Stockbridge Select Board made a mistake approving the Elm Court plan.

Right now the 80-acre Southmayd estate on the river in Stockbridge is for sale for $11.5 million. If a developer purchased the former cottage, and proposed a high density development, after approving Elm Court, on what basis could the Select Board turn down development of the precious Stockbridge Ox Bow? Elm Court could stand as a precedent for how to swallow Stockbridge whole.

In 2014 1,168 houses were for sale in Berkshire County. Of those 39 were priced over $2 million. Of the 39 only six sold. There are also multi-million dollar second homes under construction in the county. Hidden in the hills, down long driveways, and around the next bend, there are major 21st-century Berkshire estates. Apparently some semblance of Berkshire Cottager has returned. Given the current socioeconomic context, their influence may be lessened, and their presence hardly felt.

For the statistics I am indebted to Mark Maloy, GIS, Data, and IT Manager, Berkshire Regional Planning Office for the statistics, Sandra Carroll, CEO and Mary Jane White, President, Multiple Listing Services (MLS).