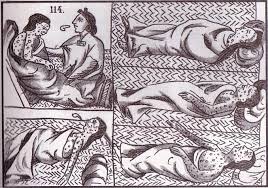 It was a mess and prominent men of Berkshire County came together to mitigate the damage.

“July 1, 1785 To the Honorable members of the Senate and House of Representatives of the Commonwealth of Massachusetts The Subscribers [and] Inhabitants of the County of Berkshire humbly shew [show] that during the fall and winter the Small Pox was communicated repeatedly from the state of New York to divers [different] Inhabitants of said County, that many people dreading the malignant effects of that disorder did endeavor to avoid the evil by inoculation.”

Small Pox wasted the North American Continent from the moment the Europeans landed. The Native American population had no immunity or defense against Small Pox or Measles, and their population was decimated.

During the Revolutionary War, seemingly as many soldiers fought Small Pox as fought the British. All suffered terribly for as long as a month, as many as a third of those infected died, and survivors were scarred for life.

There were only two weapons to fight Small Pox: isolation and inoculation. In 1785, the problem was that inoculation was outlawed in many states including Massachusetts. People who had suffered and survived a ravaging disease now faced prosecution.

The following were declared criminals: persons who chose inoculation or refused quarantine because they “willingly or designedly presume to import or bring into this Commonwealth Small Pox from any place whatever or by any means whatsoever,” and any person or persons who brought in “any infectious matter of the said disorder for the purpose of inoculation.”

Inoculation invariably caused the disease. Nevertheless, people wanted to be inoculated because that form of the disease, as opposed to naturally contracted Small Pox, was believed to be less virulent and less often deadly.

From the government point of view more cases were created by inoculation, and increased cases – by whatever means — increased the danger to the public.

To dissuade inoculation, the penalties were strict. Inoculation was a crime punishable by fines that ranged from $1,500 to $3,000 (a fortune in the eighteenth century) and six months in jail.

The 1785 petition from Berkshire County was a plea to forgive those who had inoculated themselves on the grounds that they acted out of terror: “The danger was so imminent that it was impossible to act in accordance with the law.”

Finally, the petitioners asserted that all who chose inoculation acted with the sole desire to protect themselves and not to harm others. The petitioners won out and no Berkshire citizen paid the penalty. Perhaps the government in Boston had grown compassionate but more likely it was that reason returns when extreme danger passes. 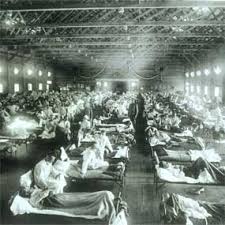 President Obama can ask that we follow science, listen to medical experts, and remain calm in the face of Ebola, but can we? At no period of history did science, reason or fact overrule fear.

In 1792 Dr. Edward Jenner developed a vaccine. Unlike inoculation, those vaccinated did not contract the disease. Cow Pox not Small Pox was introduced into the body. Nonetheless, many disbelieved the doctors and feared the vaccine as much as the disease. Under public pressure the vaccination was outlawed by including it in the anti-inoculation laws already on the books. Ten years later, in 1802, Massachusetts was the first state to endorse the vaccination. In 1855 Massachusetts was the first to mandate Small Pox vaccination for all school children.

What followed government mandate was, of course, public outcry against vaccination. Leaders of the backlash asserted that the doctors were mistaken or lying to the public about the efficacy of the vaccine. Dissenters had secret documents and knew doctors who would testify that the vaccine killed as many as the disease. The lawyers said mandating a vaccination was unconstitutional; the politicians said science was the bunk.

In 1892, Scarlet Fever broke out in Lenox. There were 22 cases. It was felt “The Board of Health had been lax in allowing the disease to gain such a foothold.”

For whatever reason, an outbreak of Scarlet Fever renewed the debate about the Small Pox vaccine. Objections resurfaced. Lenox argued that closing the schools and isolating sick children, not vaccination, was the answer to any disease.

The battle raged on in many parts of the country until 1902 when the Supreme Court upheld the Constitutionality of the law mandating vaccination.

The medical community heralded the decision saying mandatory vaccination eradicated a deadly and debilitating disease. Many people were not satisfied. Cases continued to be brought against school districts and municipalities who expelled the children who refused vaccination. None were successful.

As the cases of Small Pox disappeared, did the dissenters? No. Today, the anti-vaccination folk are back and ironically they may succeed in bringing back these killers – Small Pox, Polio and more. When fear returns with the diseases, how will it guide us? Fear outweighs reason; fear always rules, but not always wisely.