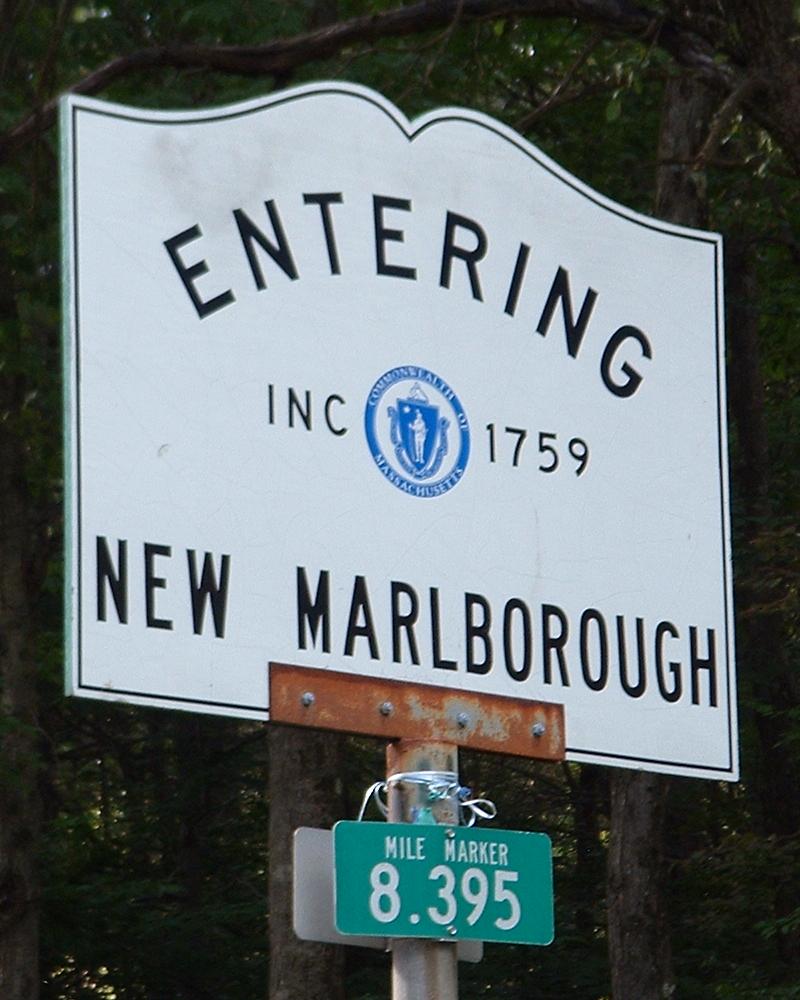 We may not identify New Marlborough as the bustling hub of Berkshire County, but the 19th-century “History of Berkshire County” did. Where the center of Berkshire County was depended largely on the mode of transportation. In 1736, New Marlborough, 47 square miles, was purchased from the Mahicans because it was on the Westfield-Sheffield road, placing it, if not at the dead center, then next door to Berkshire hustle-bustle. As proud and prosperous as Pittsfield, Lenox and Stockbridge may be today, they did not exist then.

In the 1720s, when people began coming into Berkshire County (called the southern tip of Hampshire County prior to 1761), they came over the state line from Connecticut at Sheffield. They traveled on King’s Road from New York into Sheffield, or through woods, over waterways and mountains from Westfield heading for (yup) Sheffield. The modes of travel were horses and “shanks mare” (legs) — that is, riding and walking. For example, mothers with babies rode on the horses and the men walked alongside; provisions were heaped on horse or mule and the people walked alongside.

New Marlborough was one of four townships envisioned for Berkshire. In 1733, Sheffield was incorporated — that is, legally constituted by the General Court in Boston. Three years later, 72 proprietors (original settler/owners) began the process of establishing New Marlborough. It was incorporated in 1759, the same year as Stockbridge. It was far more advantageously located than Stockbridge. It was on the Connecticut border to the south, and near New York’s King’s Road to the west.

The port of entry into Berkshire was Hudson, New York. Before the train propelled America of the later 19th century and the automobile drove America’s 20th and 21st centuries, the preferred mode of transportation was by water. Travel by boat was smoother, faster and safer — up the Hudson River, onto an east-west road into Berkshire, and from there through Berkshire as far as Boston. Products flowed through the Colonies from wherever they were manufactured to wherever they could be sold.

In New Marlborough there were a gristmill, sawmill, shingle and planning mills, and a cheese factory. There were farms, dairies and a clay mine. (“Our clay makes the finest pottery”). Excess produce from the farms and dairies as well as products from the mills and mines were carried to Hudson. There, they were moved by water to the marketplaces in New York City or Albany. In return, “heavy” supplies such as salt and flour were carried into New Marlborough. Why “heavy”? Salt and flour were purchased annually in very large quantities in very heavy sacks.

The mode of transportation was the wagon pulled by as many horses, mules or oxen as the weight demanded. One such “van” was called a “horse railway.” The rails smoothed the ride, but the horse did the work. It was a precursor no more.

Whatever the mode of transport, the roads were terrible, sometimes impassable. Nonetheless, the village had great civic pride. A point of honor was which family owned the first wagon in New Marlborough. The prominent families — the Halls, the Harts and the Sheldons — all claimed the honor. The answer is lost in time, but not the tales of its first appearance. Whoever owned it showed it off and took his neighbors for rides. Unable to suppress delight, one neighbor stood up in the wagon, danced a few steps and whistled an accompaniment. It wasn’t the standing and it wasn’t the dancing, it was the whistling.

“There be no whistling in my wagon. Get right out!” That was the end of the friendly rides. The reason was probably that whistling startled or confused the horses.

By the 1760s the stagecoach came to New Marlborough and so did the Coach Inn. In 1761 the Old Inn on the Green was opened. It stands to this day. For the closest to an authentic look back into 18th -century New Marlborough, visit the Old Inn on the Green. Of course, today you will be treated to a five-star meal prepared by owner/chef Peter Platt — superior to what a traveler in the 1700s was served.

Now we have a new highway and a 21st-century mode of transportation. It is virtual but no less real. It is the internet. As the internet meets the pandemic and a flight to safety is joined with working from home, how will Berkshire be reshaped? Where will the center be next?