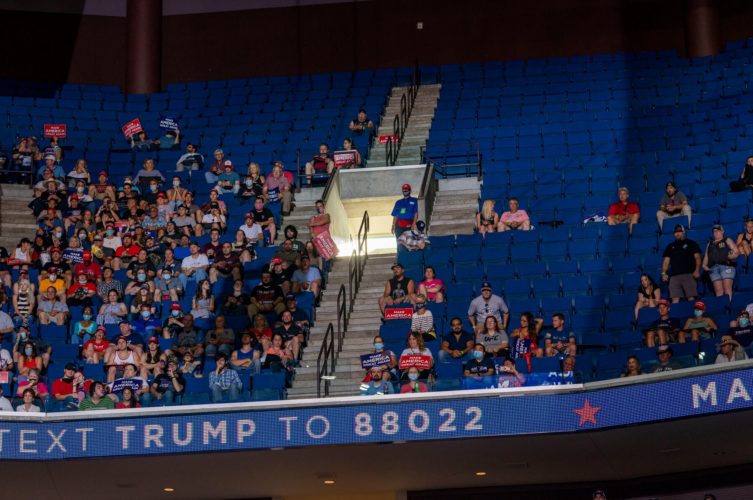 In the future, some historian will point and explain: That was the place where Trump was defeated.

That is part of the explanation of the second reason. Those followers seem to go where he points, vote where he asks. A Republican could be primaried. It is good reason to fear. We have all been afraid. What we do when afraid is familiar. To avoid insult, humiliation, job loss or worse, we smile and remain silent, even chime in.

The third reason is harder to grasp, but here it is. You can be taught helplessness. You learn “there is nothing I can do,” “I have no good choices,” “I am powerless.”

How do you learn helplessness? Incrementally.

Someone does/says something that offends you. You complain. In response, the person, probably a bully, doubles down. Not only is your objection not taken into account, it is flouted. Lesson One: the person does not care what you think or feel.

Finally, no matter how peculiar, unintelligible, out of line or just plain dumb his assertions, he has followers — enthusiastic followers who urge him on. But, you think, he is wrong, and soon he will go too far and they will see it. However, over time, all the lies, stupidity, denial and deflection — no matter what he does or says — they do not see it; they continue to cheer him on.

In increments, you learned: You have no impact, he faces no consequence, he has a powerful following and you can do nothing. You have learned helplessness.

That is the night no one came. Then the immoveable force met an irresistible object: indifference. Those followers? They considered the choices: attend, cheer, and die or stay home. They stayed home. So there was a line he could not cross without consequence, a place the rabid crowd would not follow. That is the night Trump lost.

That may be the explanation if Trump loses in November. Where will that historian point if Trump wins?

Not only does Trump telegraph his punches — that is, tell you what he is going to do before he does it — he also does trial runs. Just like the play-actor he is, he has a dress rehearsal. If we do it this way, what will the reaction be? Lafayette Square Park, Washington, D.C., was a dress rehearsal.

There were enough positive responses that he did it again — in Portland. People were powerless against the onslaught, and he telegraphed his next punch: He will do it elsewhere. On Election Day we may have troops at every polling station. They are in the streets now because there are anarchists ravaging the streets. They will be at the polling stations in November to protect against voter fraud. Perhaps the final nuance will be two lines: Democrats/Republicans or Biden/Trump. If there are armed men present with vans to take people away, which line will you stand in?

We have certain inalienable rights: life, liberty and the pursuit of happiness. We have a document that says we have equal protection under the law, the right to congregate and exercise free speech, which includes the right to petition the government for redress of grievances.

We cannot know what that historian of the future will write about 2020 because that historian will know what we do not. But we know this: We have no rights we will not fight to preserve. Only bullies and dictators teach helplessness. Democracies demand citizens be as strong as their leaders.

Do not sit still; do not be quiet and do not wait, not even for November. The move into Portland and other cities is not a distraction or diversion, it is the end game.