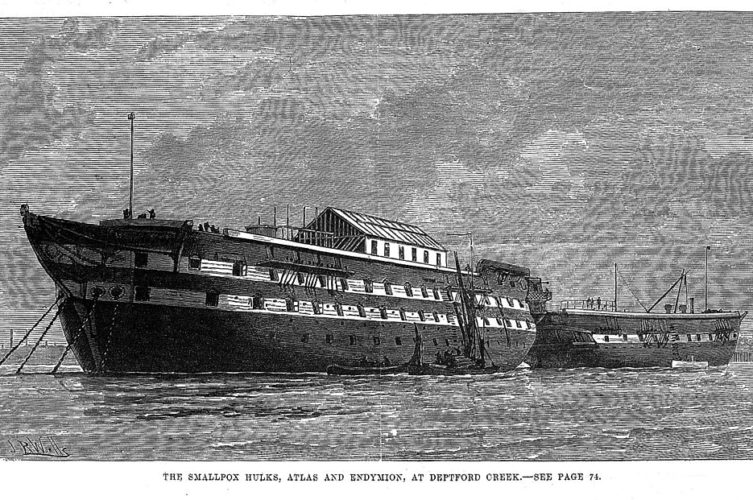 Today we wait in anticipation for a vaccine that will protect us against novel coronavirus. If and when we find one, what will be the result?

The first vaccination was developed against smallpox. It was produced in 1798 by British doctor Edward Jenner. Smallpox was a dreaded disease: painful, disfiguring and deadly. It follows logically that the vaccine was welcomed, and Jenner was acclaimed. Actually, the vaccine was rejected and Jenner’s image burned in effigy.

Critics of the vaccine took various positions. Religious organizations called the vaccine “un-Christian.” Some feared side effects and others were suspicious of the vaccine itself. They believed the vaccine actually infected people and spread the disease. It did not help that prominent people, the Rev. Jonathan Edwards and daughter Elizabeth Edwards Burr, were vaccinated, contracted smallpox and died. Even without such examples, it might be said that general discontent with the vaccine reflected general distrust of science. That was the 18th century, a long time ago, and we have progressed since then — or have we?

In the 19th century, 1882, Massachusetts passed a law making the smallpox vaccination legally mandatory. The reaction was severe. At the Lenox town meeting, they voted to close the schools to prevent spread in case of an outbreak rather than immunize the students. Elsewhere in Massachusetts, the New England Anti-Compulsory Vaccination League was formed. The league firmly believed mandatory vaccination violated their civil rights.

In the 20th century, 1905, a case brought in Massachusetts found its way to the U.S. Supreme Court. The court found in the state’s favor, ruling that the state could enact compulsory laws to protect the public in the event of a communicable disease. This was the first U.S. Supreme Court case concerning the power of states with respect to laws made to protect public health. Notwithstanding in 1913, the Anti-Compulsory Vaccination League was still producing pamphlets on how to avoid mandatory vaccination.

While scholars described vaccination as one of the 10 most significant public health achievements of the 20th century, opposition to vaccination persisted. It was almost 200 years before smallpox was eradicated. Meanwhile, the focus moved from smallpox to DPT (diphtheria, tetanus and pertussis).

The controversy over DPT immunization began after a television documentary (“Vaccination Roulette”) aired in 1982. It alleged a number of adverse reactions to the inoculation. A book followed in 1991 (“A Shot in the Dark”) outlining potential risks. The response from the Academy of Pediatrics and the Centers for Disease Control and Prevention was strong but not entirely mitigating. The media storm prompted several lawsuits against vaccine manufacturers, but none were successful.

Next on the anti-vaccination and immunization hit list was the vaccine for measles, mumps and rubella (MMR). The fight had two prongs: opposition to the use of a preservative called thimerosal that contained mercury, and an accusation that a causal relationship existed between the vaccine and autism.

Research studies were conducted to assess the safety of the MMR vaccine, and none of them found a link between the vaccine and autism. Out of an abundance of caution, the use of thimerosal was dropped or decreased.

It does not seem to matter what the studies, reports or experts say; opposition persists. In 2013, measles, a disease that was all but eradicated, reappeared in this country. In 2013 there were 11 reported cases; in 2014 there were 644 cases; and in 2020, when there was no necessity for one single case, there were more than 1,000.

Has novel coronavirus changed all that? Is inoculation now seen as the road back to “normal” life? Trump certainly thinks so. He says he is “overseeing Operation Warp Speed” to develop a vaccine in record time. However, as everyone waits breathless for a vaccination to save us, there may be many problems. Trump has been wrong before.

“Operation Warp Speed” removed all the safeguards from the ordinary research and development protocols. The result is akin to an 18-wheeler without brakes approaching a steep incline. What could go wrong? History teaches us that enough people may not use it to achieve herd immunity. As with the political wrangling about wearing masks, many may demur. Many may see it as an imposition on their civil liberties. Some may fear it is not efficacious or actually harmful. Speed and lack of safeguards may prove them right. Finally, it is not called novel coronavirus for nothing. Coronavirus is the common cold, a disease against which humans have never developed immunity. Early testing shows we may not develop immunity except in the most severe cases and may only develop immunity for a short period of time. Are we waiting for Godot? Must we simply learn to put down the cudgel, oust those who lie and divide, and fight this virus by listening to doctors and following their orders?

It may be 200 years after smallpox, but sadly, we still seem to elevate opinion to the same level as fact. We allow hot air to be ranked with research and science. We seem to accept that everything is debatable, although a fact should not be. We may enjoy that good story — the one truth is never allowed to get in the way of — but believing fiction has consequences. What’s the harm, you ask?

Right now, thousands of Americans are sickening every day and too many are dying.