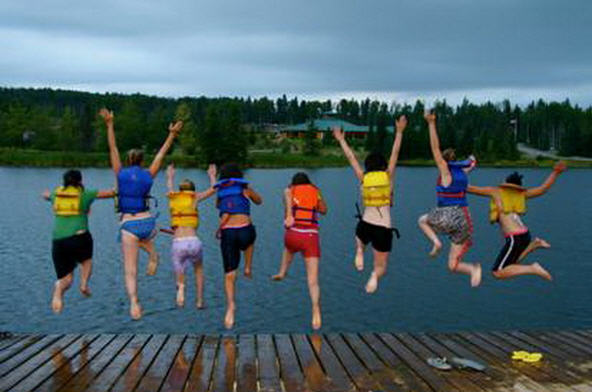 It caused disappointment among the young and economic distress for the residential camps and yet it was the right decision. On July 3, 2020, Gov. Baker removed overnight camps from the Phase 3 (July 6) openings and made a 2020 overnight camp season impossible.

“We have learned through our health partners that he made this decision based upon the spikes in other states around the country.”

The governor did not want to encourage too many people from out of state to come to Massachusetts. This was not an insult of residential camps, a statement of dislike for outsiders, or a minimization of visitors’ economic value to the Commonwealth. It was a decision made to protect our health and theirs.

A network of camps in Missouri decided to open in May. By the end of the month, they closed. Reporting two cases mushrooming to 42 in a matter of days, the camp released this statement: “Containing COVID-19 in a residential camp is a near impossible challenge.” The campers were sent home to the 10 states and multiple counties in Missouri from which they came and carried the disease with them.

On balance, Baker’s decision was made to protect the health in Massachusetts as well as in the states and counties from which the campers came. His decision was no different from Gov. Cuomo’s when he created his “travel advisory list” of states whose residents were not welcome in New York unless they agreed to quarantine for 14 days after arrival. It was no different than the New Hampshire governor’s announcement prior to Memorial Day that read: “Message to Massachusetts: Stay in your own state.” All these actions and announcements were about containing the virus — nothing more and nothing less.

Baker, Cuomo and every other governor making these hard decisions was doing so to fight a super-contagious virus, a virus whose short-term and long-term effects they were learning about in horror-filled increments. That is all it was about — nothing more and nothing less.

Early efforts to fight the virus were daunting. Rapid contagion and a dearth of knowledge were complicated by the lack of a unified national response. Those facing the problem were doing the best they could, but their efforts were thwarted. Governors competed with one another in the international marketplace for medical supplies while a representative of the American president announced, “Our stockpile is not meant for states to use.”

Based on observation of cases and the history of similar viruses, doctors and scientists were guessing how to protect against spread and how to treat it. Assaulted by thousands of cases, they were trying to treat and test theories simultaneously while contradicting information absolutely untrue and potentially dangerous.

Early announcements supposed this was a disease of the elderly and that the young and very young were exempt. Then the disease moved to other group living places. Prisons were hotbeds, residential camps were superspreaders, and so were rallies and other packed venues. It appeared possible that the spread was aided by density while the severity was complicated by age and underlying health conditions.

Berkshire Edge, April 21, 2020 “Tough Choices in a Pandemic”: “There seems to be general agreement that density is a problem … Camp is as dense and tightly knit as can be. The kids bunk together, swim, shower, and eat together in common spaces. They also enjoy contact sports … The combination of factors has a larger, potentially negative, impact on this small community than Spring Break had on Florida. Even if no camper infected any member of the general community, a camper could infect his fellow campers. Then where could they be treated? Berkshire Medical has 302 beds.” Alternately, the infected could be sent home to aid a wider spread.

These are difficult times, and these are hard decisions. Some wish Baker had made the decision earlier, but whenever made, it was made to protect us all: residents and visitos. Baker made a good decision for the right reasons, however long it took.

We cannot reduce these hard decisions — decisions that demand attention, calm deliberation and productive discussion — to the language of divisive politics. It is counterproductive to reduce an important matter worthy of consideration to personality assassination and us versus them.

To reduce a serious issue to a political argument about imagined animosities is harmful in two ways: It truncates the necessary deliberation and elevates piffle. We are in a hard fight — a fight to the death — if we keep dividing our forces and fighting among ourselves, we may lose.

The more ways we divide in this fight against the virus, the more ways we are weakened. We are approaching a point after which we cannot defeat the virus. We will arrive at the point more quickly if we continue to reduce necessary debate and discussion about strategy to squabbles about imagined factions. We cannot defeat the virus or the disease in our current politics if we internalize destructive strategies. No chance the disease in our public discourse will be expelled if we imitate it.