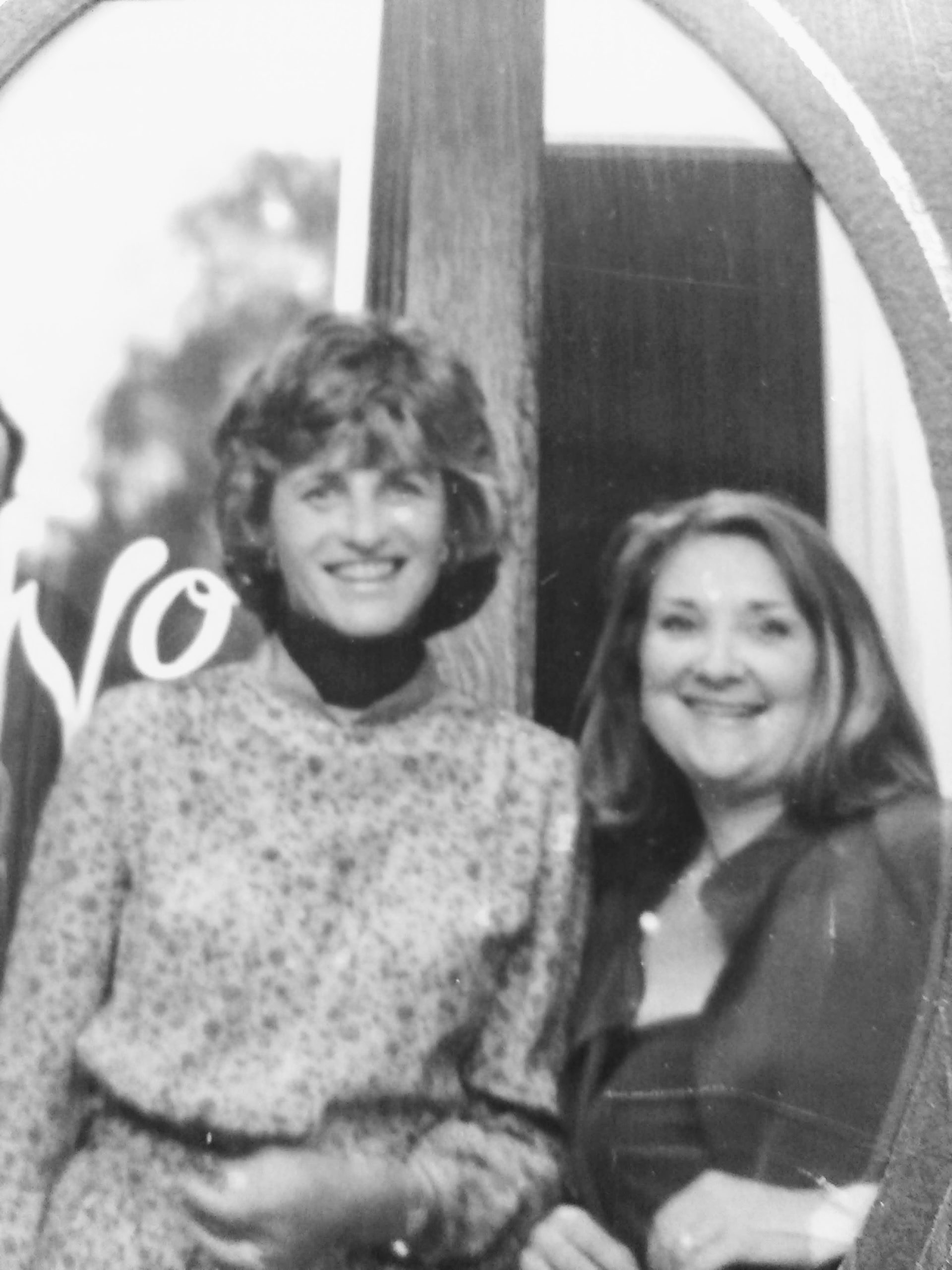 Jean Kennedy Smith died June 17, 2020. She was 92. Eighth of the nine Kennedy children, she was the last surviving sibling of the 35th president of the United States and two United States senators.

Smith’s biography said she was an activist, humanitarian and author who served as United States ambassador to Ireland from 1993 to 1998. None of that is how I remember her. To me, she was my dinner guest.

To have the Kennedy siblings to dinner was an event weeks in the making. There was an advance team with instructions. There were Secret Service sweeps. On the day, there were sniffer dogs and then the police. All the fuss was not for Jean but for the man she was accompanying: senator, presidential candidate and last surviving Kennedy brother Teddy.

When the police arrived to explain they would close the road — close the road! — I thought how angry my neighbors would be. First, the police went door-to-door telling the neighbors, and then they placed the barricades. When the limousines arrived, so did the neighbors. They stood silent and rather grim. I whispered to my guests, “Not one will ever speak to me again.”

Jean put an encouraging hand on Ted’s arm and they walked to the line. As they greeted every neighbor, I heard Jean say, “Don’t blame Carole,” and Ted add, “It’s my fault.”

Some may disagree with Kennedy politics, but no one faults their manners. We live together in this roiling human community; who demonstrates how to do it well? Are there any politicos in power today that are role models for good behavior?

When the Kennedys walked in, there was the magic of what pundits called the “Kennedy style.” It was a rich mix of good breeding, good humor, good looks and grace. That night Jean wore a little silk dress, modest heels and a small purse hanging from her forearm. Topped with the Kennedy smile, she was the best-dressed woman in the room.

There were many reasons to invite the Kennedys to dinner. They were gracious, and they were raconteurs. They had more than one story to dine out on; on the other hand, neither Kennedy actually ate. It didn’t appear Jean ever did. She was the poster child for every woman who dreamt of zero body fat.

Teddy ate regularly; however, the advance team explained he did not eat in public or when in a group. It was a fear of choking in the midst of doing too many things at once — smiling, talking, shaking hands and chewing. Would I prepare a plate that he could pretend to eat from so no one was made uncomfortable? Awareness of one’s own worth and importance to others breeds courtesy and compassion. Insecurity and lack of perception produces the opposite.

Out of compassion of my own, a dinner basket and bottle of Glenfiddich were tucked in the back of the limo. I also paid close attention to Jean’s special needs.

Little signs placed here and there read “Thank you for not smoking.”

Jean was engrossed in everyone else. She was that kind listener with patience and understanding in whose presence everyone basks. She appeared to prefer listening to talking about herself though she was one of two of the most interesting people in the room. How quiet the airwaves would be today if all politicians were more interested in us than in themselves.

As marvelous as she was, I knew, as her sister-in-law, she was a smoker. I tapped her, excused her from the throng around her and led her downstairs. There were comfortable chairs and ashtrays placed, and I invited her to light up.

We sat, instant girlfriends, chatting about our sons — we each had two — and her family. She asked how I knew Ted, and I told her Jack introduced us. It was a good story.

Jack was running for president and giving a speech at a high school. I was a kid wearing a button that read, “If I Were 21 I’d Vote for JFK.” All at once, as he was leaving the podium, I realized which way Jack would exit. I ran. I collided with the procession and found myself walking next to Kennedy.

Immediately a Secret Service man moved toward me and took my arm. Kennedy waved him away. He looked down at me and smiled.

That — the silliness of imaging anyone alive didn’t know his name — the smile, and the warmth made up charisma rarely matched. I told him my name, assured him he would win, and we walked. When we arrived at the limo, the back door opened and Ted and Bobby leaned out.

He introduced me and then said, “These are my brothers, Bobby and Teddy.”

Jean loved the story — “so Jack” — but the smile had an edge of sadness that would never entirely fade.

Jean was a joy one on one — immediately recognizable as the kind of friend wonderful to have; a woman who was interested, interesting and accepting. We had friends in common, but after that night, I didn’t see her for years. When she was named the ambassador to Ireland, I called and congratulated her.

Without a pause, she responded, “How are your two sons?”

Trust me, just as the night I walked beside our 35th president, I was no one in comparison to Jean Kennedy Smith, but to a Kennedy, we were all worth remembering.

Agree or disagree with their politics, thank every Kennedy for never degrading civil discourse; for always enhancing political rhetoric, for doing the job to which they were elected or appointed; and for remembering the job was servant of the people, not rendering the people their servants.

Rest in peace, Jean, the last of that generation of Kennedys.