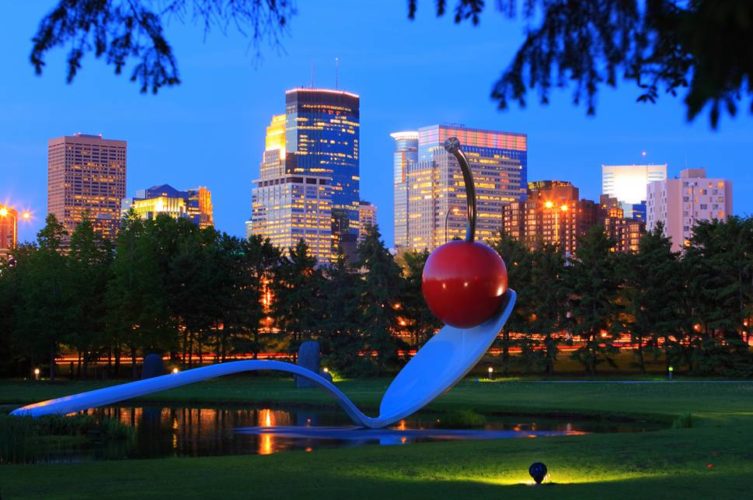 I was born and raised in Minneapolis. Watching my hometown burn is an inexplicable experience. It is more than a split screen, it is a kaleidoscope. I see America burning now, George Floyd pinned to the asphalt then, and how it was way back when. It increases the sadness and sense of loss exponentially.

My memories of Minneapolis are hopping out of bed on a summer morning, putting on what my mother called a sundress over a bathing suit, whistling for my dog, grabbing my bike and peddling to the beach. Minnesota is the land of 10,000 lakes. My neighborhood lake was Cedar Lake, my beach was Point Beach, my dog was a German Shepherd, my bike was a blue Schwinn, and the bell on my handlebars rang out the sounds of strength and freedom even at 12.

My winter memories are of being bundled so tight in so many layers that I could not lower my arms. I trudged out in the snow scarecrow-style. Summer or winter, my mother opened the kitchen door and said, “Go play but mind you are in this house before the streetlights come on.” She was not afraid for our safety.

If any one of us would have suggested being shot at school, harmed by a police officer or grabbed off the street by a pedophile, my mother would have said, eyes round in disbelief, “Don’t make up stories!”

In a time before childhood obesity, there was one fat kid in school. He was never chosen for a team and no one sat beside him at lunch. He stomped around trying to look tough and called everyone names — some indecent, all hurtful. If a kid objected, he sat on him. No one objected twice. In the beginning we thought, “he’s a big guy, we should count him to help with stuff.” We learned better. We did whatever needed doing without him — best to ignore him.

When my Mom was dead serious and would brook no argument, she said, “Do it and do it right quick.” Then she stood by, no smile, arms crossed, tapping her foot. “Right quick” meant “right now.”

I remember a place not so far from that corner where George Floyd was pinned down and pleading. There was a store at the streetcar stop. The store was as narrow as a single doorway and not much deeper. It was a Dutch door. With the top half open, you could see the giant popcorn maker. The aroma drew you in. I could not imagine anyone able to pass without a purchase. We hopped off the streetcar to buy a bag. The streetcar conductor waited for us. I balanced my dime on the top half of the Dutch door and the smiling man handed me a bag.

I loved that corner, the Dutch door, the aroma, the cautious popcorn man and the patient streetcar conductor.

“Justice denied one is justice denied all” is not a bumper sticker, it is a hard truth and a rallying cry. At 6:30 p.m. in Lafayette Square, a park in Washington, D.C., when U.S. soldiers joined park police and advanced on peaceful demonstrators in a D.C. park, ironically called Lafayette Square, there were Blacks and whites, old and young, Christians, Jews, Muslims and atheists. All were in the way and all were peppered and pelted and pushed back indiscriminately.

Someone said the attack was justified because POTUS should be able to walk the streets of America safely. So should the people: That is the very soul of democracy.

Many are now complaining that local police are “militarizing.” Recently, a police chief called whoever sprayed graffiti on the wall of the police station an “anarchist.” Local police are buying military-grade weapons. Hyperbole justifies the purchases. Another policeman was quoted as saying, “It is my job to protect the police chief.” It begs the question: “From whom?”

June 2, 2020, 7 p.m.: The next day many military officers condemned the attack; on that day, too many supported it. The true threat is less Trump and more who and how many support him. Who and how many will follow his orders even when unconstitutional? What will happen next? Will we continue to look to POTUS to unite us or will we stand together in spite of him? Will there be an election with military on our streets? Will they stand down? Will the people continue to stand up? Will the people prevail, or will the fat boy sit on all of us?