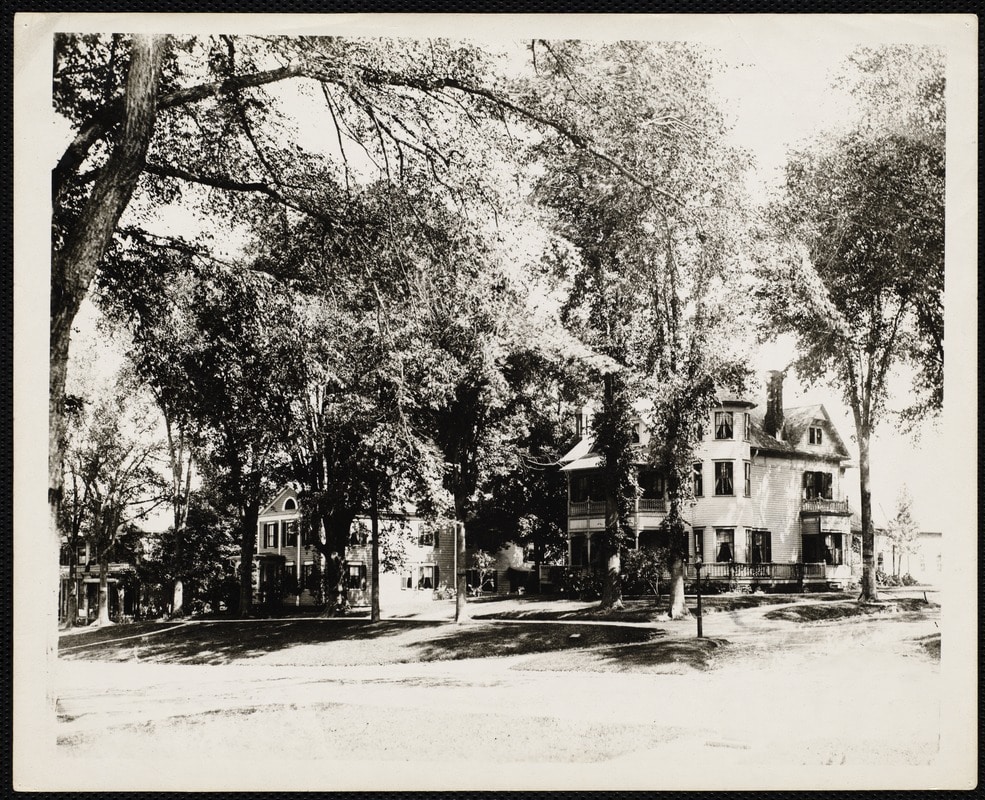 Support for the War of Independence was not immediate or unanimous. There were the Patriots, who believed in the new nation, and Tories, who considered themselves subjects of the crown.

Between 7 and 10 p.m. on Dec. 16, 1773, Patriots poured tea into the harbor at Boston. Early in January 1774, Pittsfield responded, describing the dumping of the East India Company’s tea into the harbor as “… conduct looked upon to be irregular and in defiance of the good and wholesome laws of the land and to be detestable and [against] all good order.”

In order to understand that response, put aside the Hollywood version of the Revolutionary War. It did not begin as an enthusiastic call to arms to which all rallied without fear or ambivalence. Some fought, others fled. Some capitulated and signed oaths of allegiance, others were imprisoned or exiled as Tories. In the first days, it was a battle between friends and neighbors. It was more like a civil war. It was not a series of grand battles; it was more a series of front-yard skirmishes. Moreover, the 13 Colonies wanted to be free and independent from the Crown but also from one another. Each looked upon itself as sovereign — that is, independent.

This is the lesser-told story of the Revolutionary War in two parts: Convincing the people and building a union.

One month after the Boston Tea Party (Jan. 19, 1774), Pittsfield met and voted to support the condemnation. However, the inhabitants of Pittsfield also wanted it known: “At the same time we are as averse as any of the patriots in America to being subjected to a tax without our own free and voluntary consent.”

If they were “as averse as any patriot” to taxation without representation, why didn’t they condemn the Boston Tea Party? Early on, many colonists, both Tories and Patriots, did not envision a war or an independent nation. They foresaw a negotiation with the Crown leading to better terms and conditions for the colonies. Patriots and Tories agreed violence and destruction of property was unlikely to lead to the desired reasonable discourse.

Furthermore, Pittsfield was keeping a close eye on its purse. They wanted it made very clear that they judged the Boston Tea Party “unjustifiable conduct not duly authorized.” Otherwise, they feared, “the owners of said tea will doubtless seek compensation [and we] as inhabitants may be obliged to pay them large sums.”

Either in response to the Boston Tea Party or merely a continuation of British laws imposed upon the colonies, from January to December 1774, there were imposed a series of “intolerable acts.” Pushed relentlessly, more and more Americans no longer believed in peaceful resolution with the Crown. On April 19, 1775, war started on a bridge in Concord. Tories in America were declared enemies. Initially many fled to avoid imprisonment.

A Pittsfield placard posted in 1775 read: “Whereas Major Israel Stoddard and Woodbridge Little, Esq., both of Pittsfield, in the county of Berkshire, have fled from their respective homes, and are justly esteemed the common pests of society, and the incurable enemies of their country, and are supposed to be somewhere in New York government, moving sedition and rebellion against their country, it is hereby recommended to all friends of American liberty, and to all who do not delight in the innocent blood of their countrymen, to exert themselves that they may be taken into custody and committed to some of His Majesty’s jails until the civil war, which has broken out in this province, may be ended.”

A Tory was imprisoned or impoverished. If a Tory fled, his property was forfeit. It was sold or given to a Patriot. If he returned, he was imprisoned or hung. There was a third choice: He could return and sign an oath of allegiance. Those who fled forfeit their property. It could be seized and given to Patriots. If the Tory returned, he would be imprisoned; if he stayed away, he would be impoverished. There was a middle ground. He arranged to return and swear allegiance to the cause.

“Woodbridge Little, Israel Stoddard, Moses Graves, J. Hobby, J. Weston, and Joseph Clark made their appearance before the town and upon their confession, declaration, and taking of oath to the United Independent States of America, were received as the friends of the States.”

There was nothing unique about Pittsfield; South County had its share of Tories. Well-known in Lenox is the tale of Gideon Smith.

Like many of the Tories, Smith was well-heeled. His house stood about where Loeb’s Foodtown stands today. Smith had been a landowner in Lenox since 1761. He is remembered, however, not for being wealthy or prominent, but for being hung.

There were vigilantes so feverish in their support of the new nation that they hanged Gideon to encourage him to sign an oath of allegiance. The story is that he was hung to the point of choking, not death — death would be counterproductive. Even so, it took several attempts to convince him. In between, Smith sought refuge in a cave in October Mountain, called from that day to this Tory Cave.

One hopes it is just a Berkshire tale and it did not mean a Tory became a Patriot only to avoid death. However, the truth is many colonists fought with the British, and many returned to England to remain loyal to the king. As for the Hollywood version, never forget, “history is written by the victors.”

Next week: Part Two – States’ rights and the revolution