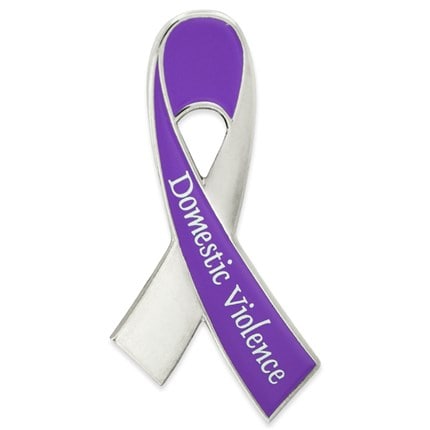 It is a hard topic. Perhaps it is one we wish to avoid, and yet, it is continually with us. Even here in Berkshire, just this year, the district attorney named physical and sexual abuse a prime initiative. Simon Winchester invited Garrison Keillor to speak in New Marlborough, and a student at Simon’s Rock reported she was attacked.

The subject matter divides us. We stand on one side of the issue or the other. The DA should have focused on something more important or it was high time. Winchester rightfully invited a cultural icon to speak or wrongfully feted a sexual abuser. The physical evidence did not support the Simon’s Rock student’s allegation so we can dismiss all women who accuse or we must urge our police to investigate more thoroughly, take more seriously the female voice.

The side we are on may be less important than our proclivity to reduce a complex, deeply imbedded social problem to a simple binary choice.

At the turn of the last century, Sigmund Freud postulated that unconscious memories of sexual molestation in early childhood were a precondition for psychological problems, specifically hysteria and obsessional neurosis. However, Freud abandoned the theory that the genesis was actual sexual abuse in favor of a theory that it was imagined but was still causative of hysteria and other neuroses.

At the same time that Freud was changing his mind and his theories, in Stockbridge a man was routinely getting drunk and beating his wife. Everyone knew it but no one said or did anything.

Decades later a wife complained to a priest that her husband beat her. She was told she must have caused her husband to hit her and she should correct her behavior. The priest did not construe his advice as victim blaming but as common sense. Out of the same belief system, altar boys were sent to confession for lying and falsely accusing priests if they reported unwelcome advances.

Battered wives are moved out their homes for their safety. In a motel somewhere, they are told not to call friends or family. Or if they must, for their own safety, don’t tell where they are. The batterer is left in his home, unfettered, going about daily life.

When a boyfriend beat a woman, he claimed her wounds were self-inflicted. The police report echoed his story. She was not asked for her side of the story, as she was considered “nonresponsive.” She was taken to a hospital. Although not a resident or owner of the property, the boyfriend was left in her house. He was left alone to tidy the scene and take what he wished, including her car.

A teenaged girl reported that her stepfather was sexually interfering with her. The police did not respond but social services did. Social services left the minor in the home and told the mother to keep them apart. “Stepfather and daughter should not be left in same room alone together.”

It was the wife and mother as warden: one woman protecting another, society protecting neither.

At work a woman was constantly pressed for sexual favors by her boss. She finally complained to management. He was left in place; she was moved to another department.

These examples span decades. The women, and in some cases the boys, are different ages, races and religions, and of different national origins. The severity of offenses differs. What then do they all have in common?

The common denominator is protection of our social order. Why did Freud change a key element of his theory from real to imagined sexual abuse of a child? Was it to make his theories more palatable to the traditional, male-dominated medical society of the day? Was it to avoid incommoding powerful men?

When Henry Ward Beecher wedded social Darwinism to the church, in one fell swoop, he imbued the social order man had established with divine acceptance. When the church protected the priests from the parishioners, the church was protecting neither but was protecting a 2,000-year-old institution.

If you want the simple logic of the batterer removed from the home and the battered wife left in place — that is, if you want the man punished and the woman protected by society — then you must stare down 2,000 years of social organization and be willing to risk massive social upheaval.

Phyllis Schafley claimed it was more than social organization. She agreed with Beecher that it was the natural order when she said, “Feminism is doomed to failure because it is based on an attempt to repeal and restructure human nature.”

If you include the whole spectrum of sexual and physical abuse from causing discomfort to perpetrating assault, then every woman you know has suffered — your mother, sister, wife and lover — at one time and to some degree. Our Constitution guarantees all of them the right to happiness and equal protection under the law. None of those facts make the rock we are pushing uphill any smaller.

It was a civil suit because adultery was considered a civil wrong — that is, a suit for monetary damages. Under the law, Easton despoiled Dexter’s property — his wife — by sleeping with her. The claim was not proved, Easton’s character was restored and Dexter returned to Boston empty-handed.

What happened to Mrs. Dexter? No one cared enough to mention it. It was a matter between men.

It was not until 1809 in Connecticut, 1848 in New York and 1854 in Massachusetts that wives could own property individually and separately from their husbands. Even when the laws were passed and property was technically in the wife’s name, it was assumed that the husband would manage his wife’s assets.

These laws were based upon 12th-century English Common Law. English Common law rested upon the belief that a patriarchal society was the natural order of things. Male supremacy was natural; female supremacy was anathema. Equality of the sexes was unnatural, against the word of God, and therefore not reflected in the laws of man.

The governing principle was called “feme covert,” the covered female. A married woman was covered, protected and represented outside the home by her husband. The wife had no right to vote, own property or work for pay. She was completely dependent and had no standing before the law.

A female was property; husband or father had the right to sue for damages if his female was “interfered with.” Covering or protecting the wife or daughter included the responsibility of controlling her behavior. To control her, a husband or father may have to beat her or lock her up. Those acts were not illegal; they were the man’s obligation.

After 1898 it was possible to bring a criminal charge of rape but not against a husband. Legally a husband could not rape or assault a wife. Even if a husband’s ill treatment were widely known, no one would “come between” a husband and wife.

The Violence Against Women Act was passed during the Clinton administration in 1994 when the country was almost 220 years old.

It specifically protected women from violence by men even when the man was a husband or father. It was necessary since a disproportionately high percentage of violence against women was committed by a relative or intimate. The sadness of violence perpetrated by those we most want to love and trust cannot be overstated.

Once the laws were passed, the problem was enforcement. A law was in place before attitudes changed.

If a woman was raped, she had encouraged the advance. Domestic violence was something the wife brought on herself by persisting in unacceptable behavior. Blaming the victim was in its heyday and prosecution was difficult.

When found guilty the punishment was sometimes surprisingly light. How long ago was all this happening? In sports and on college campuses, in our cities, in our Berkshires? It is happening now.

The issue is why do we beat and rape our women? The issue is when she is speaking the truth, what do we do then? What should a civilized and empathetic society do on behalf of its vulnerable members against perpetrators of violence? Are we violent because we tolerate it?

Our district attorney has a new initiative: physical and sexual abuse. In a meeting of advisors, she asked: Why do women refuse to report? With respect, I propose she ask: What happens when a woman does report? One question will answer the other.