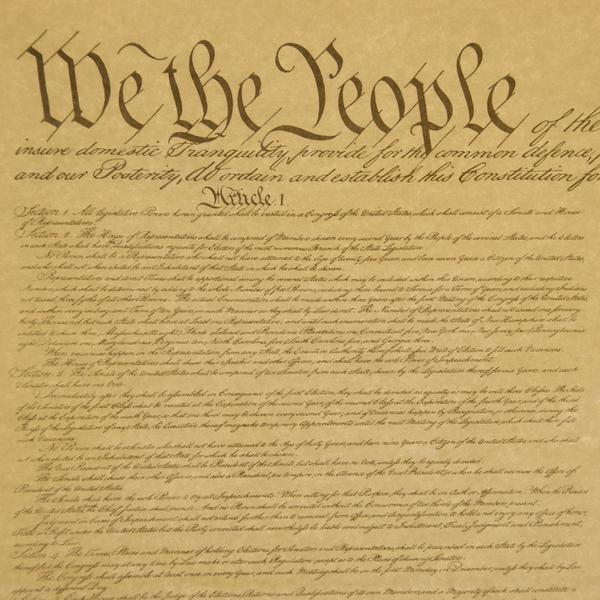 CONNECTIONS: The idea of America is in danger

What if America is essentially an idea? What if the power of that idea is the overwhelming number of citizens who believe in it? What if the manifestations of the idea, the framework of the government that implements the idea, are the Bill of Rights, the Constitution, and our book of laws? That is, what if the idea made manifest is mere words on paper? How then could you overthrow that government?

Thomas Jefferson said, “…were it left to me to decide whether we should have a government without newspapers or newspapers without a government, I should not hesitate a moment to prefer the latter.” 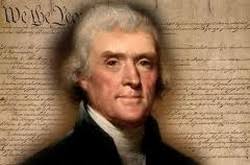 Decades ago, when they taught civics, they taught any would-be dictator first closes the newspapers so that his is the only truth available. In America today, media is a mega industry impossible to shut down, much easier to discredit — smarter to simply undermine their credibility as “fake news” from the “liberal media.”

In a dictatorship, the media is “state run” and broadcasts the party line. The truth is less important than “alternative facts” consistently flattering and supportive to the administration. Even if Fox News is a megaphone for administration positions, there are other news outlets. Even if 90 percent of talk radio hosts are conservative, more people get their news online. Truth may be found by combing all the sources, but we tend to select the single source with which we agree. As a people we no longer subscribe to the same values or even the same facts. Fewer citizens believe in the idea that was America, so America is weakened.

The Constitution established a government to foster the idea, to protect it, and make it difficult to pervert from within or encroach upon from without. It makes perfect sense, therefore, that every president, before he assumes the office, swears to “preserve, protect, and defend the Constitution of the United States.”

The Constitution established three branches of government with equal power to check and balance one another. To tilt power to one branch undermines our form of government. Our elected officials were mean to support policies and principles — not personal gain. The balance of power helps prevent tyranny and self-serving. Each equal branch of government checks the power of the other and in so doing, protects us, the citizens. 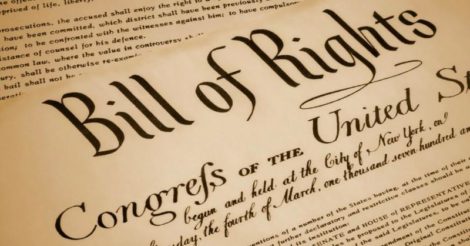 Citizens are meant to be equal in the eyes of the law, endowed with inalienable rights and confident that no one is above the law. The Bill of Rights, a mere 1,436 words, guarantees all Americans freedom of speech and assembly, the right to practice a religion and bear arms, the right to be free from unreasonable search and seizure, and much more. However, the Bill of Rights are amendments to the Constitution and work only if the Constitution is preserved, protected and defended.

What was it our forefathers meant the Constitution to do? “We the People of the United States, in Order to form a more perfect Union, establish Justice, insure domestic Tranquility, provide for the common defense, promote the general Welfare, and secure the Blessings of Liberty to ourselves and our Posterity, do ordain and establish this Constitution for the United States of America.”

In order to have what they wanted, liberty and domestic tranquility, the founders established government because, as Alexander Hamilton said: “Why has government been instituted at all? Because the passions of man will not conform to the dictates of reason and justice without constraint.” 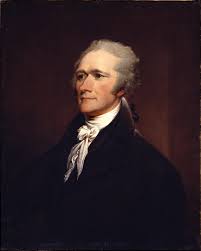 Rather than exercising its power, the Senate routinely capitulates to the executive branch. Why? Reasons proposed include fear of being “primaried”; fear of being personally attacked and fear of, in Sen. Mitch McConnell’s words, “poking the bear.”

There may be an even simpler explanation why the Senate capitulates: Maybe the majority agrees with the executive. In refusing to allow a motion on the floor to protect the special counsel Robert Mueller, McConnell said the president has the power to fire whomever he wishes. That ignores that equally the legislative branch has oversight. Congress is an equal branch of government with equal power, and just as important, equal responsibility.

Why would it cede its power to the executive branch? Simply put the answer may be: Republicans are not democrats. That is not merely turning a phrase but expressing a basic political stand. They may believe the executive branch should be the strongest. When Mitch McConnell said he would not propose legislation regarding gun control until the president made clear what he would support it, McConnell overthrew our government.

With the arrival of Attorney General Barr, change in the judicial branch appears to be the result of abdication. Barr has made it clear that he does believe the president should be above the law and more powerful than the other branches. This, too, overthrows what our forefathers intended when they wrote the documents upon which our republic stands.

Whatever the reason, an assault on any of the three branches is the opposite of preserving, protecting and defending the Constitution. To enhance his power and position, to attack or even stonewall the other branches of government, Trump is breaking his oath.

“I do solemnly swear to preserve protect and defend the Constitution …”

What will happen as a result?

Commentators speak as if it were a popularity contest drawn along party lines. Maybe it is, but it should not be. The tenets of our governments and the laws should be sacrosanct and adhered to regardless of the difficulty.

John Kennedy said, “There is a reason ‘Profiles in Courage’ was one volume and why it was so slim.”

Nonetheless, our founders were willing to die for their beliefs. At least we should be willing to stand and be counted to perpetuate them.

The public is more than divided. A group can agree on a common body of knowledge, the relevant facts and a shared moral code, and then divide over the hierarchy of problems and the best solutions. Sadly, that is not where we are.

We are lost in confusion and lack of information. We are lost in a sea of opinions absent facts. We do not seem to know or notice when attacks on our institutions undermine and weaken our form of government.

Our Founding Fathers used terms like “the New Eden,” “Arcadia” and “a more perfect union,” and yet they were not naïve nor dewy-eyed dreamers in search of unicorns. They were, one and all, gentlemen and subjects of the Crown: well educated, propertied and in serious pursuit of freedom from tyranny. They were framing documents as safeguards against those things that allow and support tyranny. They assumed human beings were capable of perfidy in all its many forms. They, “in order to form a more perfect union,” meant to lay down a framework and establish laws to safeguard the Republic against tyranny.

If America is an idea, and the strength of that idea is the overwhelming number of citizens who believe in it, it would be in the interest of anyone who wanted to weaken America to weaken the public’s understanding of, and trust and belief in, that idea.

— Norman Mailer
Read next: Alan Chartock: The courage of whistleblowers