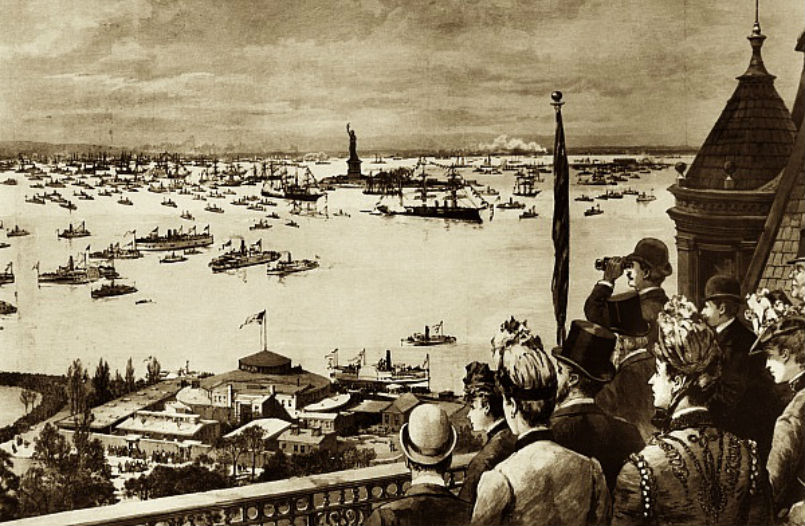 The Oct. 28, 1886, dedication of the Statue of Liberty. Image courtesy Mark Aldritch, thegadabouttown.com

CONNECTIONS: Women in the news

Periodically a year is declared “the year of the woman.” 1886 may have been one of those years. In New York on Oct. 28, as almost 1 million people watched, President Grover Cleveland dedicated the Statue of Liberty. A flag covered the face and, at the proper signal, it fell away to the delight of the crowd. Originally called “Liberty Enlightening the World,” the 151-foot statue of a woman with the unforgettable words, “Give me your tired, your poor, your huddled masses yearning to breathe free,” became the symbol of America.

In Tennessee, in far more ignoble circumstances, a woman was dragged from her jail cell by the mob and hung. She was a Black woman, accused, but not yet convicted, of poisoning her mistress. A more modest crowd cheered. 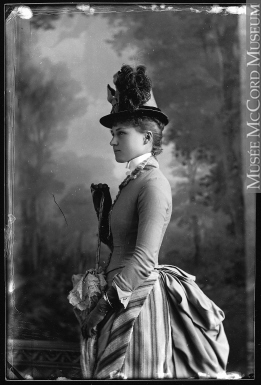 That year, 1886, the bustle flattened and stays loosened. Were those signs of female liberation or, at least, liberation from discomfort?

In Stockbridge, the first woman was nominated to elective office. Before women were allowed to vote, before they were encouraged to rise and speak in public, and before there was a word for a female postmaster, a woman was nominated. When she was, the local newspaper reported the people were “convulsed and shaken.”

Subsequent articles called her names and promised to “dig deep” to find misdeeds or any scandal that explained this outrage. More quietly, it was hinted that she won the nomination because her opponent was crazier that a barn owl. Nonetheless, they did it; they nominated a woman, the first one ever. It was, after all, Stockbridge.

Here’s what happened. The manager of the Red Lion Inn — popular, respected and male — surprised everyone by resigning the position. It left a void and it left people scrambling for a replacement.

A real estate man looked like a good choice and many were prepared to back him, but then it was discovered he was not a true party man. Besides, he was not as stable as desired. The local attorney and political operative stepped in and recommended that the politicians not back him as it might hurt their own chances for reelection.

The politicians, ever wary and always desirous of another term in office, heeded the attorney’s advice and threw their weight behind a sober banker. The banker was a tad boring but eminently stable. Not good enough. 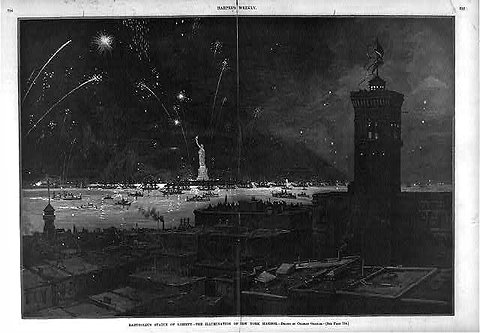 The Statue of Liberty unveiled. Image courtesy the Learning Network

The attorney at law was back, wagging his finger and shaking his head. He had scuttled the real estate man’s political ship and now moved in to sink the banker. He stated firmly that his position at the bank was so demanding of his time that he could not properly do the postmaster job. The attorney was a persuasive man. The banker’s name was dropped and the panic within the party rose. Where would they find a candidate?

That attorney, the political strategist, proclaimed he had a solution and, by gosh, he nominated a woman. It was almost as if — could it be? — that he had campaigned against all other candidates for the sole purpose of nominating this woman.

The journalists digging for dirt were reenergized. They finally hit pay dirt. They discovered that the attorney owned a building in Stockbridge. The female nominee’s father had his tailor shop in that building. The attorney extracted a promise from the woman that when she was made Post Mistress, she would move the post office to the attorney’s building. The move would increase the lawyer’s rent roll substantially. Among the attorney’s more persuasive arguments was that moving the post office to the same building with the tailor shop would benefit her father by bringing daily traffic to his shop as townsfolk picked up and dropped off the mail.

The lawyer was exposed as self-serving. The female nominee was exposed as a victim of deception. The banker and the real estate man stepped out of politics permanently, and bloodshed was averted when the manager of the Red Lion Inn saw this duty clearly and withdrew his resignation.

The male lawyer was condemned, and the female candidate was excused as a victim, not a willing or knowing participant. In this series, contemplating women and their roles in our past, I wonder which was more demeaning: being considered a miscreant or a victim?