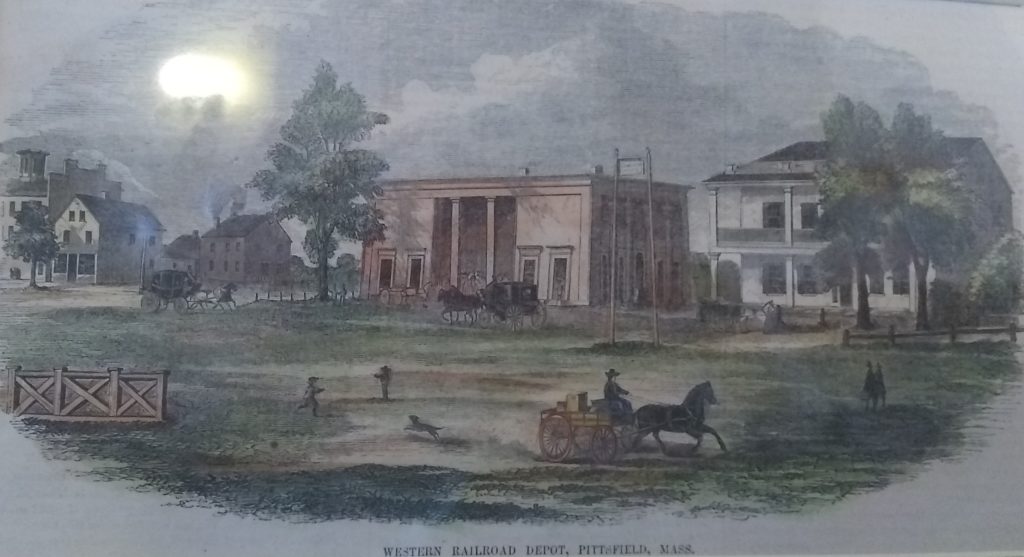 Park Square as it might have looked when Hannah Williams lived in Pittsfield. Image courtesy Berkshire Athenaeum

CONNECTIONS: A woman of means

When writing about distinguished women of the Berkshires, it is best to define “distinguished.” According to the Merriam-Webster Dictionary, it means “successful, authoritative, and commanding respect.” It can also mean prominent and well-known. Hannah Dickenson Williams was all that. It is good to add, in an abundance of caution, that nowhere is “well-liked” mentioned.

In 18th-century Berkshire and elsewhere in New England, there were only two legal positions possible for women: femme covert and femme sole. Both defined a woman’s status in relationship to men. Femme covert, the covered female, referred to a married woman. Femme sole, the woman alone, was a widow or spinster.

If the woman alone was a spinster, the position could be precarious or even harrowing. If she had no husband to provide a home and sustenance, she was dependent upon some other man – a father, uncle, brother or brother-in-law – for a roof over her head. Since it was assumed that all women wished to be married, the spinster might also be subjected to pity or scorn.

A widow, however, was in a much different position. Given the right circumstances, she could assume some of her husband’s rights after his death.

It was said of Hannah Dickenson Williams that she fulfilled best not the role of maiden or wife, but the role of widow. 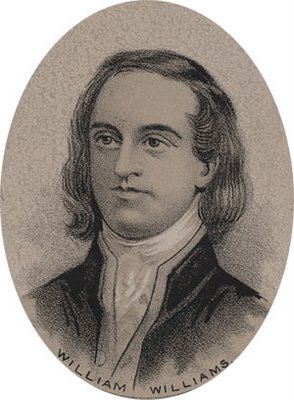 Madam Williams was the third wife of Col. William Williams. She was a spinster far too long to suit 18th-century taste. When they married in 1763, Hannah was 33 and Williams was 55. Williams died in 1785 at the age of 77. On the 1791 tax rolls, Hannah was among the top five largest land holders and richest people in Pittsfield.

It would be another 60 years before a married woman could legally own and dispose of property separate from her husband’s control. Hannah’s financial position was possible only because she was a widow.

Williams moved from Deerfield to Pittsfield in 1753. He was described as a soldier, a judge, a prosperous man, a Tory, and the man who saved the Pittsfield Elm.

His first two wives died in childbirth. Maj. Stoddard, a nephew, described Williams’ three marriages this way: “First to Miss Miriam Tyler for her good sense, and got it; second to Miss Sarah Wells for love and beauty, and had it, and third to Aunt Hannah Dickenson and got horribly cheated.”

Stoddard did not like Hannah and probably not many did. A powerful and financially successful woman was an anomaly and not likely to be popular. However, in the case of Hannah Williams there may have been additional cause. She did not cheat her husband; Williams lived well and died at an advanced age. Hannah cheated everyone else.

Hannah was a spinster long enough to learn the ways of her world and therefore she persuaded Williams to place everything in her name shortly before his death. If he had not, she may have been at the mercy of a male executor holding her purse strings. Instead Williams appeared to die penniless or, specifically, to have approximately 175 pounds in his estate. His four children and his creditors were the ones who were cheated. Hannah had it all, and she was not sharing. According to one historian, Edward Boltwood, the youngest child, an unmarried daughter, was “turned adrift by William Williams’ third wife [Hannah] and joined the Shakers.”

Doubtless some were displeased with her business tactics, but she must have garnered the respect of others. She was named executor or administrator in more than one will – a very unusual position of trust for an 18th-century woman.

The personality characteristics of a good wife and those of a successful independent woman were very different in 18th-century America. For one so adept at widowhood, it is strange that Hannah married again. Her second marriage was to Joseph Shearer, a man 26 years her junior.

It was possible that both received in the marriage what they bargained for: Joseph needed money and Hannah was charmed by his courting. It is said he told her that he “worshiped the ground she walked on” and since she owned more property than anyone else in Pittsfield, he was probably speaking the truth.

However, no one in Pittsfield confused theirs with a happy marriage. Their fights were long enough and loud enough to even land them in court. Hannah said she feared for her life, Joseph denied all charges, and the judge declared it an unsupported accusation. Probably her neck was at less risk than her property.

Hannah died at the ripe old age of 91. Her tombstone bore witness to the fact that wife was not the best role for Hannah. It reads: “To the memory of Madam Hannah Williams consort of the Honorable William Williams and last wife of Joseph Shearer Esq. Born September 20, 1730 and died May 21, 1821.” Her husband wasted not one word of praise or affection on her tombstone.

I think it's a lot more complicated than you're giving it credit for.

First, tax rates in the Berkshires are all over the place:


If you are in your own business, you would know that the Berkshires are anti-business from the high taxes, to no public transportation to major cities, to poor telecommunications, ...