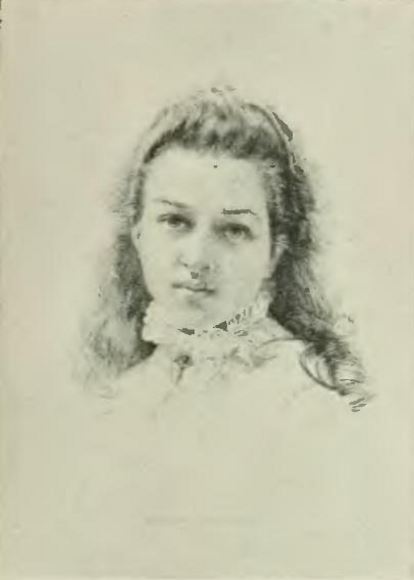 They were born in Mount Washington, Massachusetts, in 1863 and 1867. The daughters of farmers, Elaine and Dora Goodale became well-known poets and writers.

They led a simple life in a small, out-of-the-way place and yet they grew into educated, sophisticated women. Their parents, Dora Read and Henry Goodale, traced their roots to the founding of this country. The Reads were a noted Colonial family, and the Goodale family arrived in Salem in 1632.

The parents, brother Robert and both sisters were Transcendentalists. Transcendentalism, developed in New England in the 1830s, was a philosophical and social movement. Ralph Waldo Emerson, Henry David Thoreau, Margaret Fuller, Caroline Sturgis Tappan, and Nathaniel and Sophia Hawthorne were founders of the movement. It taught that God was to be found in nature, contributing to the growth and popularity of the Berkshires. All of the central figures mentioned, and other proponents, came to Berkshire County.

The girls grew up on the family farm, named Sky Farm. Goodale published a monthly called Sky Farm Life. In 1880, he branched out and wrote a poem with the decidedly unpoetic title “Does Farming Pay?” Harper’s published it, and the New York Times favorably reviewed it.

Sky Farm was a very sophisticated household, so it is less surprising that Elaine began writing at 8 years old. Her first poem was published in Sky Farm Life. At 12, a poem of hers was published in the Springfield Republican. At 15, Elaine, with her sister, published a collected works, “Apple Blossoms: Verses of Two Children” (1878).

They also published “In Berkshire with the Wildflowers” (1879) and “All Round the Year: Verses from Sky Farm” (1880). So ended their Berkshire period.

Elaine left for Smith College in 1881. Dora followed. Dora published one book of poetry, “Heralds of Easter,” in 1887 after graduating. Like Elaine, Dora gravitated to teaching. She taught art and English in Connecticut. She published again in 1941.

During Elaine’s first year at Smith, she wrote “The Journal of a Farmer’s Daughter.” She followed her father to Harper’s and then contributed to Scribner’s and other magazines. She traveled even further from home, taking a position as a teacher to “freedmen” at the Hampton Institute in Virginia. From there she developed an interest in teaching Native Americans. By 1886 she was part of the cause for Indian reform. That year she accepted an appointment to teach Indians at the White River Camp. By 1890 she was superintendent of education, Bureau of Indian Affairs. She found herself caring for the wounded from the 1890 massacre at Wounded Knee. The HBO film “Bury My Heart at Wounded Knee” features a character based on Elaine.

Dr. Charles Eastman, of Sioux and Anglo ancestry, worked alongside Elaine treating survivors of Wounded Knee. As they worked, they fell in love. In 1891 they were married in New York City.

In 1903 the couple returned to Massachusetts. Her background and commitment to the Indian nation formed the basis for her 1911 novel “Yellow Star: A Story of East and West.”

Dora died in Mount Washington in 1953. It was a crushing blow to Elaine. Although the sisters lived apart for many years since Smith College days, they kept a constant correspondence. Sadness was not at an end for Elaine.

The couple had six children. In 1918, during the influenza epidemic, one of their daughters died. The pressure on the marriage was redoubled. Earlier, there had been rumors of an affair and Charles fathering an illegitimate child. There were economic problems as a result of Charles being fired from positions as a doctor. The death of a favorite child was the last straw. After three decades, in 1921, the couple separated.

Elaine died in 1953. Her novel “Yellow Star” is in the public domain and is recommended reading to this day.