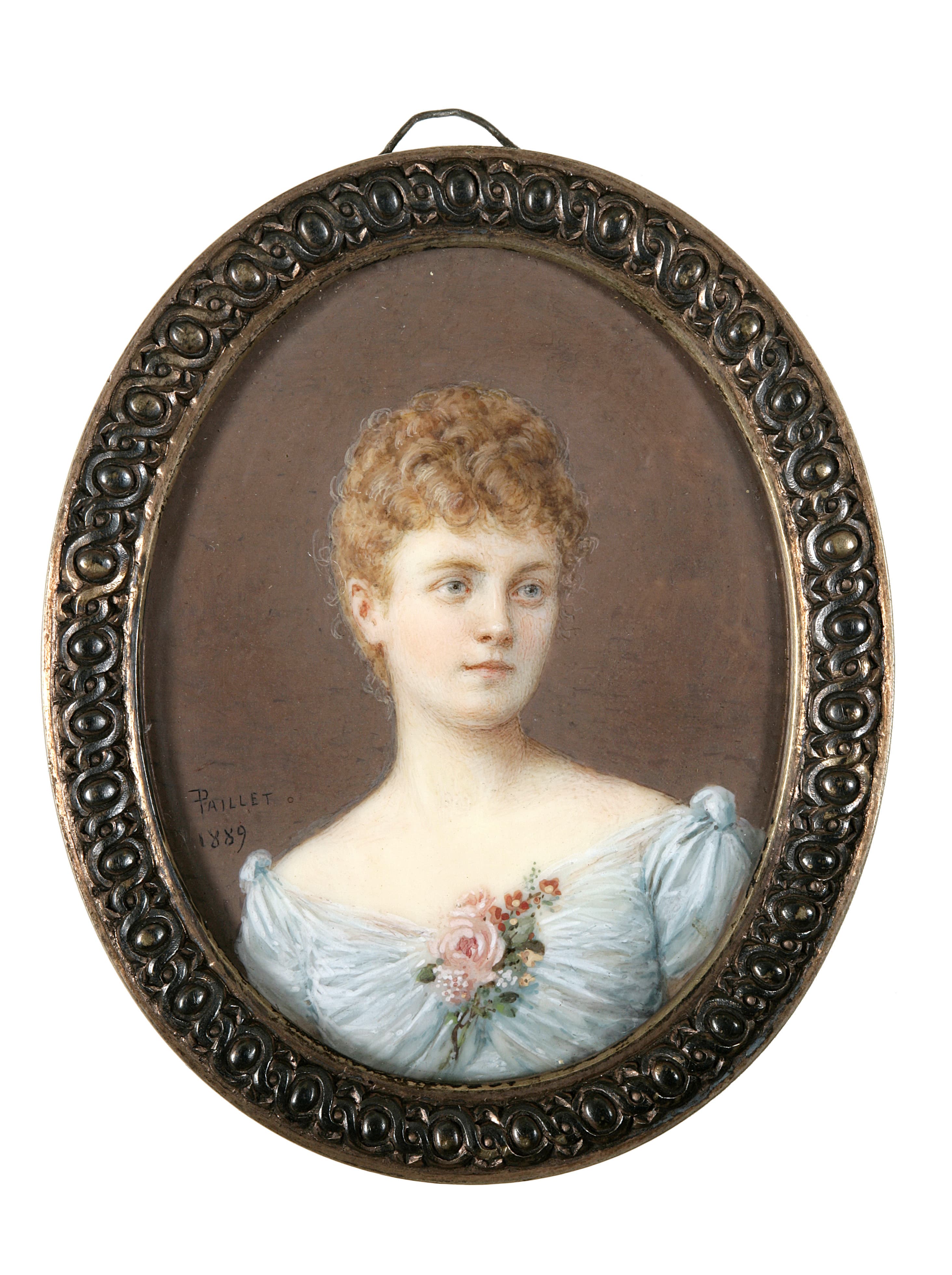 Amy Bend, on whom Edith Wharton based Lily Bart, the main character in her novel 'The House of Mirth.' Image courtesy Carole Owens, from the author's collection

“I saw her only once when I was a small boy, but I never forgot her – she was so beautiful.” — Reminiscence of an octogenarian

“Beauty was a gift in the 1880s and 1890s … it justified success and excused a certain number of failings. It was a career.” — Edith Wharton, “A Backward Glance”

Edith Wharton based many of her characters on the people she knew. The heroine of a novel that many consider her best, “The House of Mirth,” is no exception.

Amy Bend came out (was introduced to society) in 1889. She was 19, the daughter of the George H. Bend. Bend had been on the stock exchange and was revered by women as the finest cotillion leader (an indispensable leader at grand balls). The men, however, knew that his fortune was a memory. Mr. and Mrs. Bend still held one asset of great potential worth: a beautiful, unmarried daughter.

Col. Mann was the powerful publisher of America’s first gossip sheet, Town Topics. Appalling as it may seem, young society ladies’ chances in the marriage market were handicapped like horses on its pages. No one admitted to reading it. Servants were sent to buy it, but no one missed an innuendo.

Amy was one of “the handsomest and best placed girls in America to make a good marriage,” Mann enthused. “She trips to McAllister’s wand and [is] as charmed by the voluptuous nonsense of their social routine as are canaries by figs and sugar loaf.”

What she wore and where she wore it consumed a tide of printer’s ink. Crowned by beauty and blondness, Town Topics reported that she was delectable in pink, enchanting in white, and wore “green tulle décolleté edged in silver and a blue bird in her hair. The value of a Meissonier was locked in Amy’s ball gowns.”

That was surely true. Amy and her gowns were the Bend family’s investment in the future. They had no better financial plan than that their daughter marry before the bills from the dressmakers come due.

Things seemed to be progressing nicely when John Jacob Astor III (Jack) came to call. In time, Jack did marry an Amy, but it was Amy Willing of Philadelphia. Town Topics remained loyal. After Jack’s marriage, it reported, that “clouds are suffusing Miss Bend’s countenance [but] she can command a thousand scions from a thousand noble houses and by losing one, 999 remain.”

The entire Bend family could only hope so.

Jack was followed, in queue-like fashion, by “Willie K.” William Kissam Vanderbilt. Willie K. could afford all Amy’s ball gowns and more, but he was old enough to be her father. Moreover, he was divorced from his first wife, Alva Smith. By 1893, Amy was 24 years old, “out” for four years. Her sunny smile and eloquent eyes had netted her nothing. While the cost of gowns and entertainments mounted, the Bends became dependent upon the generosity of friends.

It was then that Amy accepted the marriage proposal of A. Lanfear Norrie. He was rich, well-connected and on all the right guest lists. Amy was a beauty with lineage and without a sou. The Norrie family announced the engagement on April 23, 1893, at an elegant house party.

On Sunday, May 14, 1893, less than a month later, Adele Sloane (daughter of Emily Vanderbilt and William Sloane of Elm Court) wrote in her diary: “Amy Bend has broken off her engagement to Norrie. Mrs. Bend told it to us today. It was all a mistake. Amy ought never to have given her word. She never loved him, and she has not been happy since she was engaged to him. I can’t understand why she announced it. I saw so much of her in Paris and from the first I knew she … was only going to marry him because he could give her everything she wanted and to please her father and mother. But all along it seemed wrong to me and such an injustice to the man … I blame Amy Bend. She ought to have thought more, and yet for her sake I am glad, and yet I don’t want to see her quite yet.”

“I think an engagement is as sacred as a marriage,” Adele wrote. Having allowed the engagement to be made public and then broken, Amy was as tainted as a divorcee.

It is hardly surprising that one of the richest young women in America could not understand the pressure on her poor young friend. She had only beauty to recommend her as money dwindled and the years passed.

In 1897 Amy could only watch as she went from ballroom to tea party to dinner engagement, as the city palace Norrie was building for his new wife went up on East 84th Street between Madison and Fifth avenues. It was a four-story limestone complete with an elegant wrought-iron canopied entrance, stables at the rear, and a formal garden between. In addition to the library and formal dining room, Norrie installed a private squash court and a private ballroom—one to which Amy was not invited. What did Amy think and feel? Did she regret that she broke the engagement? That choice, given her circumstances, could only be seen as a gamble.

Town Topics was no longer complimentary of Amy: “The speculation as to [Miss Bend’s] matrimonial future has become rather wearing … she is spirited and has a mind of her own.” Spirit and independent thinking were not considered compliments when applied to a woman in the 1890s.

Amy Bend and her dire economic and social circumstances were the model for Edith Wharton’s Lily Bart in “The House of Mirth,” published in 1905. Wharton certainly knew of Amy: Members of Gilded Age society were the celebrities of their day. Wharton probably knew her personally by 1899, but if not, she was about to meet her.

In 1899, Amy was 29 years old, the same age as Lily Bart. Both were beautiful, poor and hopeful. That summer, Amy was invited to a weekend at a posh country home just as Lily Bart was as the novel opened. Elm Court was the Berkshire cottage of Emily Vanderbilt and William Sloane, parents of the disapproving Adele. In the intervening six years, Adele had married, and if she had also forgiven Amy her indiscretion, she could be present. If she had not, it was simple not to be one of the party. Whether Adele came or not, others were present. They were owners of the other Berkshire cottages such as Cortlandt Field Bishop, and visitors Edith and Teddy Wharton. (The Mount was built in 1902).

The story of Amy’s courtship began as the Wharton novel did with an aging beauty invited to a posh weekend. However, it ended much better. She led Bishop, one of the richest of the Gilded Age elite, a merry chase and married him before her father died in 1900—very much to the family’s relief.