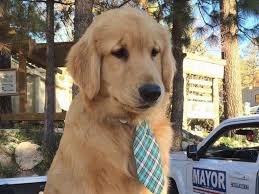 Nobody got what they wanted. The Democrats wanted a sweep — a decisive repudiation of Trump — before 11 p.m. on Election Day.

The Republicans wanted to win.

However, by the time this is printed, America will have gotten what it needs: Joe Biden, the antidote to Trump. A lot of people have spoken — over 141,000,000 — and they said, “Biden not Trump.”

Actually, Democrats might have gotten what they wanted if not for Republican state legislatures. Bureaucrats of both parties went to state legislatures and asked permission to start counting the mail-in ballots before Election Day. The need was evident due to the number of mail-in ballots anticipated in the Age of COVID. In the states where that was allowed — example: Florida — votes were counted and the winner named on election night. Where the Republicans were in charge of election protocol and anticipated Trump would carry the state, the legislature agreed. In states where a Republican legislature anticipated a Biden win, the request was denied. It was not fair and it was not nice, but it was effective.

Republicans made it look like a horse race — a cliffhanger — when, in fact, Trump was trounced. According to historian Jon Meacham, Biden was elected by more votes than any other president in American history. Granting that it was a function of the historically high number of votes overall, Meacham added that Biden’s margin of victory was comparable to, or better than, that of Truman, Kennedy, Carter, Clinton and either Bush.

Actually, Republicans are superior politicians — always have been. A false equivalency perpetuated by the media is that Republicans and Democrats are equal political parties. They are not. Forty percent of registered voters are Independent; 35 percent are Democrats, and 25 percent are Republicans. To add to that discouraging statistic, Independents more often vote for the Democratic candidate than the Republican candidate. Republicans rely upon gerrymandering, voter suppression and post-election lawsuits to win. Elections are numbers games, and there are many fewer Republicans than non-Republicans. Put simply, Republicans have to cheat to win.

Democrats just have to show up. If the point in a democracy is to represent the majority, then, while inferior politicians, Democrats are superior at governing. So there you have the wonders of America: Democrats can govern but cannot get elected and Republicans can get elected but cannot govern. The Democrat got elected in 2020, so perhaps we are in for a smooth and productive four years. Or not: Democrats never miss an opportunity to miss an opportunity.

When my mother was displeased with “her girls,” she would assume her squinty-eyed expression of disapproval and remark, “I could have raised dogs.”

Perhaps Mother had the answer. Would we be better off with dogs?

Beginning in 2012, the town of Idyllwild, California, elected a golden retriever named Max as mayor. To make sure there was no mistake, the townspeople re-elected him for three consecutive terms. He made no enemies, did not bloviate, shook hands and sat when invited. Max was not alone. In my home state of Minnesota, Duke the Dog was elected mayor, and no one was displeased. No one marched in the streets or accused Duke of illegal or immoral behavior.

According to Wikipedia, Max and Duke are not alone:

Question these animals qualifications if you will: They did not Tweet. They did not dream up or promulgate wild conspiracy theories.

Neither Max nor Duke nor Stubbs the Cat said there was a pizza parlor wherein bad guys (who vote Democratic) hatched nefarious plots. It’s not a very good story. I have a better one: Good, well-educated men imagined a better form of government than a monarchy. There had not been one on Earth for centuries, and the ones that did exist failed. They dreamed and schemed in taverns, coffee houses and private dining rooms. How might a country like that be fashioned? How might it be organized to last?

They pledged their lives and their fortunes to bring the dream to fruition. Every installment in the decades-long story has intellectual skirmishes and bloody battles moving the plot. The tension is high as one of the greatest documents to come out of the Age of Enlightenment is produced. The tension grows as they fight with enemies and each other to fashion an idyllic government to last. Finally, the shining city on the hill was a reality not a dream. The last challenge was stated by an octogenarian: a Republic if you can hold it.

Yup, that’s a much better story, even if there is no dog in it. Anyone who voted for Trump; anyone who thought those Dems were hyperventilating; anyone who did not understand how Trump was a threat to democracy: Read that story. People asked four years ago: Will our institutions hold against an assault by Trump? Bloodied, battered and a little bowed, they did. Their defenders were resolute. Did we hold it? Yes. If you want to know why, skip the pizza-parlor melodrama and read the better story. You will be proud.