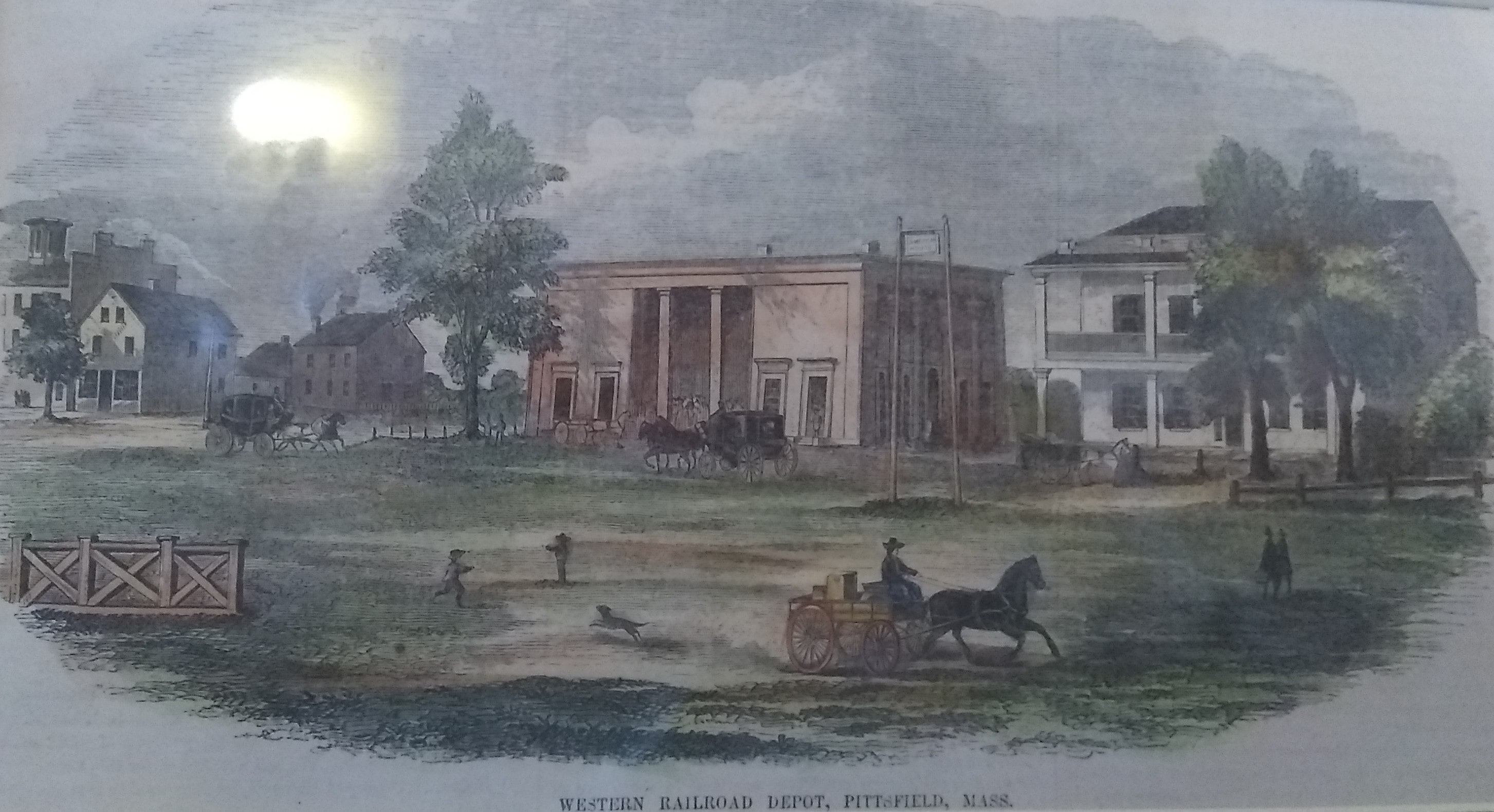 Today, Pittsfield is one of two cities with the largest populations in Berkshire County. In 1752 the population was one. That year the population grew from one to four, then five, and finally 10 settlers.

The first settler was Solomon Deming. He came from Connecticut. A short time later, his family joined him. Soon after, Charles Goodrich followed. What the five found upon arrival was a vast wilderness empty of people. Sheffield and Stockbridge were incorporated, the Upper Township (Great Barrington), and New Marlborough were settled. However, as Goodrich and Deming moved north from those settlements, they had to hack their way through woods, cross lakes and rivers, and wade wetlands to arrive on a wild plateau empty of people.

By September 1752, Goodrich and Deming were joined by five other men. Together they applied to the General Court in Boston to designate them “Proprietors of the settling lots in the plantation of Poontoosuck.” As Proprietors, the seven men were entitled to partition the township and establish the official division of land.

The first order of business at the first Proprietors’ meeting was to “procure some suitable person or persons to preach among us.” The second was to erect a church. Third was to “chuse” [choose] tax assessors, a tax collector and treasurer to pay for it all. Deacon Stephen Crofut, Hezekiah Jones and Jacob Ensign were named assessors; Samuel Taylor II was named tax collector; and Charles Goodrich was named treasurer.

Each of the 60 lots was taxed 3 shillings. This sum (180 shillings) would be used to pay the minister. In addition, treasurer Goodrich sought to raise 40 pounds to erect the church, and 15 pounds for “the making of roads and bridges.” All of these activities were directed at fulfilling the requirements to be incorporated as a town by the General Court. They had to lay roads; build a church, school and town hall; and hire a minister and schoolteacher. There was one last requirement for incorporation: The Poontoosuck Plantation had to increase its population.

It was a population explosion. There was so little land left available in the Massachusetts Bay Colony that people swarmed. By 1761, the population of Poontoosuck grew from 10 to over 200. Concomitantly, the population of the westernmost part of Hampshire County, in which the Plantation and five settled communities were located, grew to almost 3,000.

The same year, just eight years after Deming and Goodrich set foot on the empty land, with remarkable speed and efficiency, the settlers of Poontoosuck met the criteria for incorporation. They were incorporated under their new name, Pittsfield, chosen to honor British statesman William Pitt. In 1761, virtually at the same moment, as the result of the population explosion, the General Court divided Hampshire County in two, created a new county and called it Berkshire.

In Pittsfield, Charles Goodrich and Deacon Crofut were appointed to seek out and hire their first preacher. Goodrich also formed a committee “to manage the whole affair of the meeting house (church).” Additionally, there were committees to develop the school lot, build roads and bridges, and mark out “a suitable place for the burying of the dead.”

To help in the selection of a pastor and the design of the church, the Pittsfield men invited preachers from other Berkshire towns: the Rev. Samuel Hopkins of Great Barrington, whom Harriet Beecher Stowe immortalized in “The Minister’s Wooing”; Dr. Stephen West of Stockbridge, a man of great note in his day; and the eminent Rev. Ebenezer Martin of Becket.

The result of the consultation was impressive. On Feb. 7, 1764, eight men gathered in the house of Deacon Crofut and “signed a confession of faith and a covenant to complete the work of building a new and larger meetinghouse.” The result would be a church designed and built by famed architect Charles Bullfinch. He is remembered and respected as the first American architect.

In December 1763, Goodrich and Crofut invited Thomas Allen of Northampton, a 20-year-old theology student, to preach as a probationer. Allen’s grandfather Joseph Allen was a deacon and close friend of Rev. Jonathan Edwards, who was considered the greatest theologian of his day. Allen was one of 10 children, six of whom lived to adulthood. The family was not wealthy, but an uncle provided the funds for Allen to attend and graduate from Harvard.

Young Allen preached at Pittsfield and was warmly received. He was invited to come to Pittsfield as their minister. During the next meeting on March 5, 1764, they determined to call Allen to the pastorate.

Allen responded in the following letter:

“To the People of Pittsfield: Dear Brethren,

Your invitation of me to settle among you in the gospel ministry I have received by your committee chosen for that purpose; I apprehend I have duly considered the same. In answer to this, your invitation, I would say, that having sought divine direction, taken the advice of the judicious, and duly consulted my own judgment, I cannot but think it my duty to accept; and, accordingly, do now declare my cordial acceptance of the same. I take this opportunity to testify my grateful sense of your respect, shown in that good agreement and harmony that subsisted among you in the choice of one less than the least of all saints, to preach among you the unsearchable riches of Christ.”

In this way, Pittsfield began and grew steadily to become a Berkshire city.