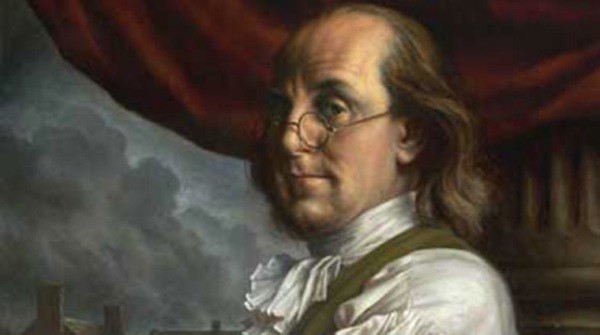 Many consider Benjamin Franklin the father of our postal service. Actually, it was established two years after his death in 1792. Credit for the legislation establishing it goes to George Washington and James Madison, two men of letters who disagreed on many things but agreed that the mail must get through. That does not mean Franklin deserves no credit.

Franklin was appointed postmaster of Philadelphia in 1737 under British rule. As a newspaper publisher, the appointment served him well. He gave copies of his paper, the Pennsylvania Gazette, to the mail carriers to deliver. In 1753 he was promoted to postmaster general of America.

In Franklin’s world, most mail was delivered by hand. A letter was written in Philadelphia to someone in New York. It was given to a friend or a friend of a friend who was traveling there. Roads were ill-kept and poorly marked. The much faster way was by water. “Post offices” were often coach inns and taverns. Letters were dropped there and held behind the bar awaiting collection by the addressee. This relay system was slow. It could take a month for that letter from Philadelphia to reach the recipient in New York. Some writers produced five copies of the same letter to send by different means hoping one would get through.

Franklin improved mail delivery in several ways. During his tenure he traveled 1,600 miles, surveying post offices and post roads. Postmen were hired. Franklin attached odometers to the front wheels of mail coaches to calculate the number of miles driven. It was part of Franklin’s determination to find the quickest routes. Milestones were placed on preferred routes to guide postmen. Letters moved along the best roads or by water. Postmen drove or rode day and night.

Franklin’s diligence enabled him to establish standard postal rates based on distance and weight. For the first time, post offices were profitable. Nevertheless, Franklin was fired in 1774 due to his political leanings. He had held the position 24 years. He left behind a system of “post roads” — the best roads crisscrossing the Colonies. Franklin was out of work for one year. In 1775 the Continental Congress elected Franklin the first American postmaster general.

The Post Office Act of 1792 extended the areas to which mail was delivered. It guaranteed the privacy of personal correspondence by forbidding the government from opening and reading correspondence. It forbade any interference in the swift delivery of mail by the government or any individual. The United States Postal Service was considered an essential underpinning of democracy. By the 19th century, the United States Postal Service was the envy of other nations.

Alexis de Tocqueville regarded it as “the only entity capable of circulating the information essential to sustain America’s bold experiment with democracy.”

The German-born philosopher Francis Lieber called it an “element of civilization” — worthy of comparison with the printing press and the mariner’s compass.

Today, in the Age of COVID, the postal service may be the only entity capable of sustaining democracy period.

And yet it is widely reported that the newly appointed postmaster general of the United States, Louis DeJoy, “has instituted sweeping changes” that slow and impede mail delivery.

When the Post Office Act of 1792 was signed, there were 75 post offices in the country. Today there are approximately 40,000. The USPS now delivers 212 billion pieces of mail to over 144 million homes. The post office is the country’s largest civilian employer with approximately 600,000 workers. It is a nonprofit institution that intended to cover costs with the sales of postage. More recently it is further underwritten with government grants.

With millions out of work, DeJoy reined in salaries, new hires and overtime. He stated he did it to cut costs and denied his actions slowed or impeded mail delivery. He said no action of his was politically motivated. The same day that he made his denials, he fired the top management, leaving the post office floundering.

To this day some mail is delivered by mules, but much more goes by airplanes and automobiles. Often the last stretch of any route is covered on foot.

“Neither snow nor rain nor heat nor gloom of night stays these couriers from the swift completion of their appointed rounds.” They say the USPS has no official motto, but those words from “The Letter,” written by Charles Eliot, were inscribed on the wall of the national post office. It is something postmen and -women strain to achieve and are proud to attain — until June 2020.

In June something changed. As DeJoy denies it, headlines read, “post office under assault from within.” Fifty Congressmen sign a letter stating it is “catastrophic for democracy.” Now, in the midst of COVID, delivering votes by mail — although hardly a new method — is a most important method. But will the ballots be delivered and in a timely fashion?

Will it be up to individual voters to walk ballots to town halls across the country? Will UPS or FedEx step in? Amazon? There are a number of polls predicting the outcome of the vote, but what is the plan for the delivery of the vote?