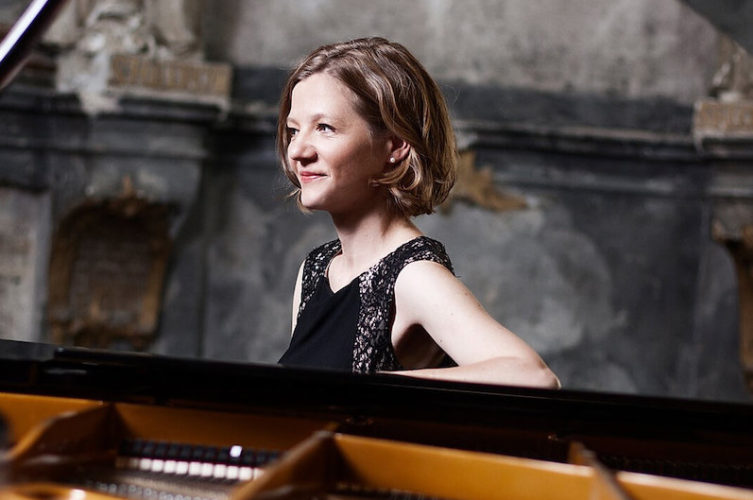 GREAT BARRINGTON — The folks at Close Encounters with Music are still in a festive mood after their November 21 reopening celebration at the Mahaiwe Performing Arts Center. In fact, by the looks of their December 12 program, “The Roaring Twenties – Berlin, Paris, New York,” they seem to have doubled down on the party songs, much of the show being devoted to such classics as “Makin’ Whoopee” and “La Vie en Rose.” But not all is merry on this program. Kurt Weill’s “Je ne t’aime pas” is one of the saddest songs you’re likely to hear, and others in the set reflect the hedonistic cynicism of the age. Such was the case with quite a lot of music written around the end of Weimar’s Golden Age.

But some of the best of these tunes came from unexpected quarters. It might seem counterintuitive to associate “Mack the Knife” author Kurt Weill with the founder of the Second Viennese School, Arnold Schoenberg. But, in the February 28, 1926 issue of the Berlin radio journal “Der deutsche Rundfunk,” Weill had this to say about Schoenberg: “Even his opponents have to recognize in him the purest and most noble artistic personality and the strongest mind in today’s musical life.” For Schoenberg’s part, the young songwriter sojourned in Weill’s sonic world for a period sufficient to write over 90 songs, including this program’s “Galathea,” from Schoenberg’s “Brettl Lieder,” the set of cabaret songs he composed in Vienna at the turn of the 20th century.

Things get off to a brisk start in this program, with George Gershwin’s familiar “Fascinating Rhythm” giving fair warning of what’s ahead. This is followed by the somewhat less familiar Jazz Etudes for Piano, a set of pieces by Czech composer Erwin Schulhoff exploring startlingly fresh rhythms and harmonies that you’ll swear were the inspiration for composers like Paul Schoenfield. The conservatory-trained Schulhoff was fond of American jazz and ragtime — also nightclub dancing. One of the marvels of his jazz etudes is that a classically trained pianist can play them exactly as written and sound like a real jazz pianist. It’s quite the trick.

Also on the serious side in this program are Samuel Barber’s cello sonata and a perfectly gorgeous example of art song, Alexander Zemlinsky’s exquisite “Blaues Sternlein,” which when sung the way Tineke Roseboom sings it may move you to tears. The piece is just magically lovely.

A wickedly funny song by the late Dave Frishberg about Paris-themed music closes the show with lyrics so uncommonly clever they must make Bob Dylan wish he could tie Dave’s shoes. Over his long career, Frishberg stood out from a legion of lesser singer-songwriters — running the gamut from rock through hip-hop — by writing what the The New York Times called “hyper-literate songs that harked back to Hoagy Carmichael and Johnny Mercer by way of Stephen Sondheim.”

“The Roaring Twenties – Berlin, Paris, New York,” offers a glimpse of one culturally prominent decade from the perspective of two continents, highlighting composers and styles that defined and shaped the era.