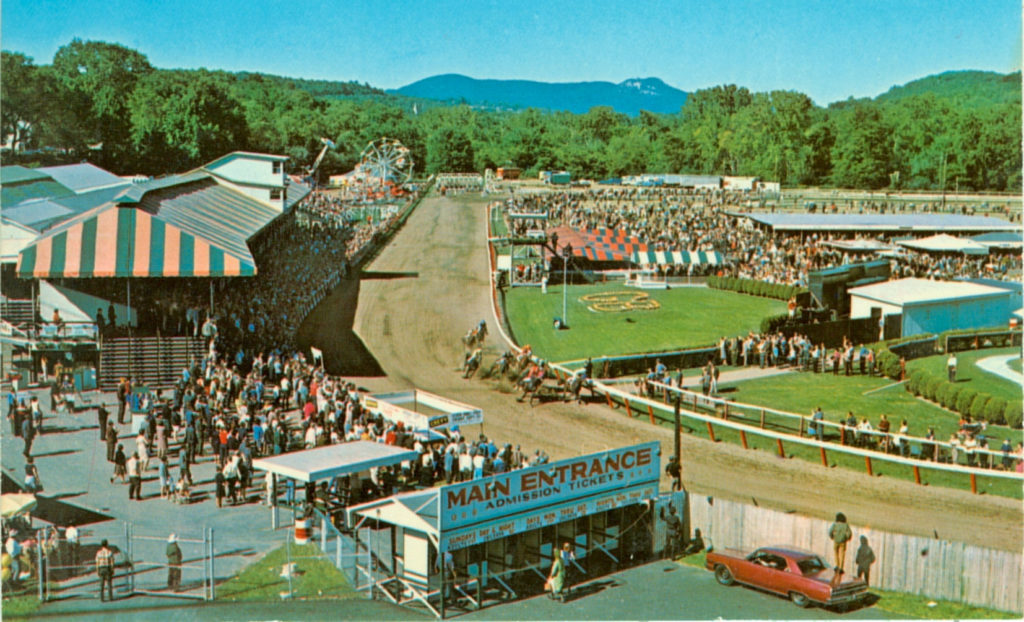 Great Barrington — A controversial horse-racing bill pending in the state Legislature has aroused concerns among town officials about a proposal from Suffolk Downs to bring racing back to the Great Barrington Fairgrounds.

Sterling Suffolk Racecourse, the company that operated the now-closed track at Suffolk Downs in East Boston, has reached an agreement with the fairgrounds owners to bring thoroughbred racing back to Great Barrington for up to 30 days of racing in the months of September and October starting in 2020. The company expects to spend between $15 million and $20 million, according to town manager Mark Pruhenski, who recently spoke with Chip Tuttle, Suffolk’s chief operating officer.

But in order to accomplish that feat, Suffolk needs a change in state law to permit it to hold races in Great Barrington while at the same time allowing it to maintain its simulcasting and betting operations back in East Boston. Racing at the fairgrounds would also require permits from the town.

Two bills that would accomplish that feat are pending in the state legislature: Senate Bill 101 and House Bill 13. The Senate bill is co-sponsored by Sen. Adam Hinds, D-Pittsfield, who represents Great Barrington. The sponsor is Sen. Joseph A. Boncore, D-Winthrop, whose district includes Suffolk Downs. The Massachusetts Gaming Commission is sponsoring the House bill.

Selectboard member Leigh Davis asked that the subject be put on the agenda for Monday’s meeting. She read a lengthy statement on the process and presented it as a motion. Click here to read it. She later issued a revised statement.

See video below of the discussion at the selectboard meeting of Suffolk Downs’ plans for Great Barrington and the pending legislation on Beacon Hill:

Davis questioned why more town officials weren’t made aware of the legislation and why the town of Great Barrington was not represented at a public hearing on the bills on July 1 before the Joint Committee on Consumer Protection and Professional Licensure. She pointed to recent article on the hearing in the State House News Service.

“This investment would turn a mostly dormant property into a three-season entertainment and recreation venue that, in addition to racing, could host concerts, agricultural events and other equine activities,” Tuttle said at the hearing.

Davis also said the bill would eliminate the requirement for a public forum and referendum on the Suffolk proposal and instead “a simple majority vote by the selectboard would enable the commercial race track to move forward.”

“What’s important to note is that we’re not talking about the revival of an agricultural fair that includes horse racing for 10 days a year,” Davis said. “We’re talking about a commercial horse racing operation moving into town with the legal right to run races up to 40 days a year. Then, with their foot in the door, potentially petition the state to later add sports betting and other forms of gambling.”

Davis proposed that the town send an email and a letter to both chairs of the Committee on Consumer Protection and Professional Licensure by July 24 requesting that “Bill S.101 be held in committee and not move forward until the Town has conducted an open forum inviting all interested parties.”

Time is of the essence, she suggested, because the current legislative session is about to end. After extensive debate, Davis’ motion failed for lack of a second.

Some members of the selectboard insisted the town would still have ample ability to weigh in on the matter. Town planner Chris Rembold has said the project would need at least two special permits: One for commercial amusement, another for flood plain protection and possibly a third for work in the town’s water quality protection overlay district.

All would require public hearings in which residents could air their concerns or express support for the project. Most of the fairgrounds property lies in a floodplain next to the Housatonic River. The requirement of a special permit is widely viewed in the planning and zoning community as putting a municipality in the driver’s seat in confronting a potentially unpopular project.

“Section 12 of this bill maintains our right to weigh in on this, so it can’t happen unless we say it can happen,” Selectman Ed Abrahams said.

“Let’s pause this and hold it in committee until we have more information,” said Davis, who was elected to the board this spring.

Abrahams said he simply did not know enough to vote for Davis’ motion and asked her: “What are the consequences of pausing it? No one knows. We don’t shoot from the hip here.”

Board chairman Steve Bannon said Tuttle has “been to town three or four times. He’s talked to the previous town manager several times. [State Rep.] Smitty Pignatelli has talked to us about it. We knew this was coming. It was in the papers. It was in the Boston Globe.”

Board member Kate Burke said she has contacted Hinds’ chief of staff, Bethann Steiner, who told her it usually takes a year. “We don’t need to drop everything to make this a priority,” Burke insisted.

Indeed, in an Edge interview, Hinds said the legislative session does not end until July 31, 2020, and that he does not expect a full vote much before that. Meanwhile, the bills have been referred to the Committee on Consumer Protection and Professional Licensure, where they will remain for the time being. August, he said, tends to be “a very slow month” for the legislature. The bills were filed after the holidays and were referred to the committee on January 22.

“This really is the beginning of process,” Hinds explained. “The bill still is before the Consumer Protection Committee, so testimony can be filed at any time, and it is definitely still welcome.”

Hinds added that, “If there are concerns, I’m certainly willing to work with the committee or amend on the floor to protect local input. That is crucial.”

Asked why he decided to co-sponsor the legislation, Hinds said his interest was twofold: First, the Suffolk Downs project could provide “an economic shot in the arm during the fall season.”

Secondly, Suffolk Downs is in Boncore’s district and Great Barrington is in Hinds’ district, so Hinds said it made sense for him to co-sponsor the bill so that he could have significant influence on both the process and content of the legislation.

Hinds quickly added that Section 12 does preserve local input and he looks forward to working with town officials on issues of concern such as animal safety and traffic.

Asked if he had communicated with town officials on the matter, Hinds said he had been in touch with Great Barrington officials in person and by telephone, “but not in the last few months.” His staff has checked records and can find no evidence that anyone in town has reached out to him on the racing proposal.

Several people remained in the audience and asked to speak about the proposal. After Pruhenski suggested inviting Tuttle to come to town and conduct an information session, one of the audience members, architect and Housatonic resident Diego Gutierrez, said it would be like “inviting the wolf into the chicken house.”

Gutierrez also pointed to a 2012 settlement Suffolk Downs agreed to with the U.S. Environmental Protection Agency in which the company was fined $1.25 million and ordered to spend almost $4 million to prevent waste, including horse manure, urine and bedding material, from flowing into a nearby creek and eventually into Boston Harbor. An EPA spokesperson called the several-years flow “a major source of pollution into Boston Harbor.”

In another development, Great Barrington planning board Chair Brandee Nelson, a civil and environmental engineer, disclosed that her employer, Tighe & Bond, is representing Sterling Suffolk Racecourse in the Great Barrington proposal.

Nelson said, for obvious reasons, if the Suffolk project came before the planning board, then she would recuse herself from participating in any phase of process. But at Monday’s selectboard meeting, Nelson acknowledged she was representing Suffolk.

“What we’re doing is due diligence. Our client understands that they need to engage with the town and they’ve had several meetings … We’ve been hired because they’re anticipating three special permits, as well as infrastructure improvements. They want to work cooperatively with the town.”

Eventually Bannon’s motion to authorize Pruhenski to do some research and write a letter to Hinds and Pignatelli passed narrowly. Bannon added that, “If in fact we lose the local referendum, then we ask them to halt this and put [the language] back in.” Both Abrahams and Davis voted against it, so it passed 3-2.