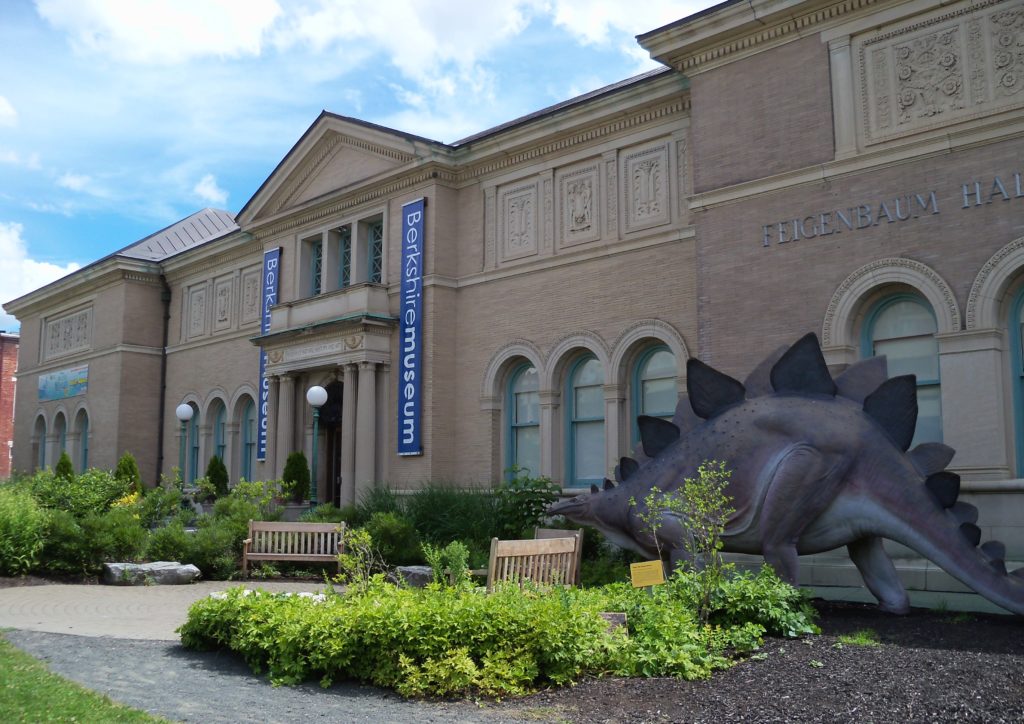 By now even people in San Francisco, where it was on the front page of the Chronicle a few weeks ago, know about our Berkshire Museum’s plans to sell the best of their art collection and raise $60-80 million to fund a new mission. The National Review called it “the biggest art-world story of 2017,” and indeed, it has been written about in over 4,000 outlets worldwide.

The controversy has attracted attention and sparked widespread opposition because it’s about much more than the specific artworks the Museum’s board and staff intend to permanently send away from Pittsfield. Once transferred into private hands, it is most likely that these important works, at least in our lifetimes, will never be seen in public again. The action sets a dangerous precedent for all museums, libraries, and historical societies, and is a blow to the very idea of public access to original artworks, historical artifacts, and manuscripts.

Such deaccessions are related to the damaging long-term national trend toward the privatization of many kinds of assets previously held in the public trust. Escalated under the Trump administration, this includes the selling off of national parklands for private mining and drilling, such as is occurring in the Berkshires’ own Otis State Forest and the plan for PCB dumps in the Housatonic River, as well as the concern over “net neutrality” and control of the Internet which is, in essence, a vital public utility. Responsibility for fixing the infrastructure and the running of prisons, hospitals, and schools, is being transferred to private operators motivated by profit rather than public service.

In contrast, institutions such as the Berkshire Museum were specifically created to provide resources and services for the benefit of the community, with the boards considered the stewards and protectors of the assets. Called “trustees” for a reason, they have heretofore been guided by ethical constraints that only allowed sales from collections for the purpose of improving the collections, not to fund operational expenses. Similarly, those who donated items did so with the intention that they would be cared for and available to the public. The ethical guidelines also have another function, which is to ensure that boards will not leap to sell from collections instead of doing the harder work of fund-raising, or use such profit for individual gain, as in the awarding of construction and other operational contracts to special interests, or the raising of administrative salaries.

Because tax-exempt organizations are beholden to the public whose taxes contribute to their support, their first priority should be the nurturing of community trust. Toward this end, it is essential that their operations and financial records be fully public and transparent, with any significant changes in mission made in the context of community engagement. In the case of the Berkshire Museum, however, many felt betrayed by the Museum leadership’s decision to sell the art, as well as the way they went about it. The Museum’s much touted (and no doubt expensive) “two-year planning process” lacked transparency, rendering its results invalid, as at no time were participants informed that the “New Vision” would be achieved through the sale of important and much-beloved artworks. Instead it was a fait accompli, announced after the deal with Sotheby’s had been signed and the art already removed from Pittsfield. Further engendering suspicion, the Museum held back the full list of the 40 works until public uproar forced their revelation.

In addition, although the Museum has asserted that if it does not sell the artworks it will be forced to close in eight years, officials there have offered no detailed proof to verify this claim. Meanwhile, ongoing analysis by several independent experts has questioned this premise, as well as the need for a $40 million endowment, considered wildly inflated for an institution of its size. Note that the Norman Rockwell Museum gets by with an endowment of $4.5 million, while the Hudson River Museum in Yonkers, N.Y., with a similar size, mission and demographic as the Berkshire Museum, has an even smaller endowment. The Albany Institute of History and Art, in an equally economically challenged area, mounts exhibitions reviewed in the New York Times on an annual budget of $500,000 less than the Berkshire Museum, and employs two curators, where the Berkshire Museum has none — nor specialists in their proposed new emphasis on science and technology.

So, yes, the Museum’s actions have created a crisis, but within that crisis lies new opportunity. A recent letter to the Berkshire Eagle quoted P.T. Barnum saying “Do not squander good or bad publicity but exploit it!” The writer suggests that, inspired by Barnum, a “Forty Works Exhibition” could be one of the biggest art events on the East Coast for 2018. In addition, fund-raising opportunities have increased a hundredfold, in just the kind of circumstances that enabled the Detroit Institute of the Arts to reestablish itself after the City of Detroit threatened to sell off its holdings to fund the sagging city economy.

Although we’ve been divided, what we have in common is that we love the Museum. The citizens’ group of which I’m a part, Save the Art—Save the Museum, has repeatedly invited the trustees to use the passion ignited in the community, harness the energy of all who want the Museum to survive, and come up with a revised plan that saves the cultural treasures of the Berkshires while creating financial stability.

To mobilize this outpouring of local and national care, the Museum’s leadership must courageously acknowledge the public outcry against their plans and agree to work constructively with the voices that have emerged, particularly those art and museum professionals who have offered help.

In our interconnected world, only collaboration will bring about goodwill and the long-term enthusiastic support the Museum will need for whatever mission it adopts. Yes, the Berkshire Museum can be saved, but only by bringing back the art and engaging in genuine community dialogue.