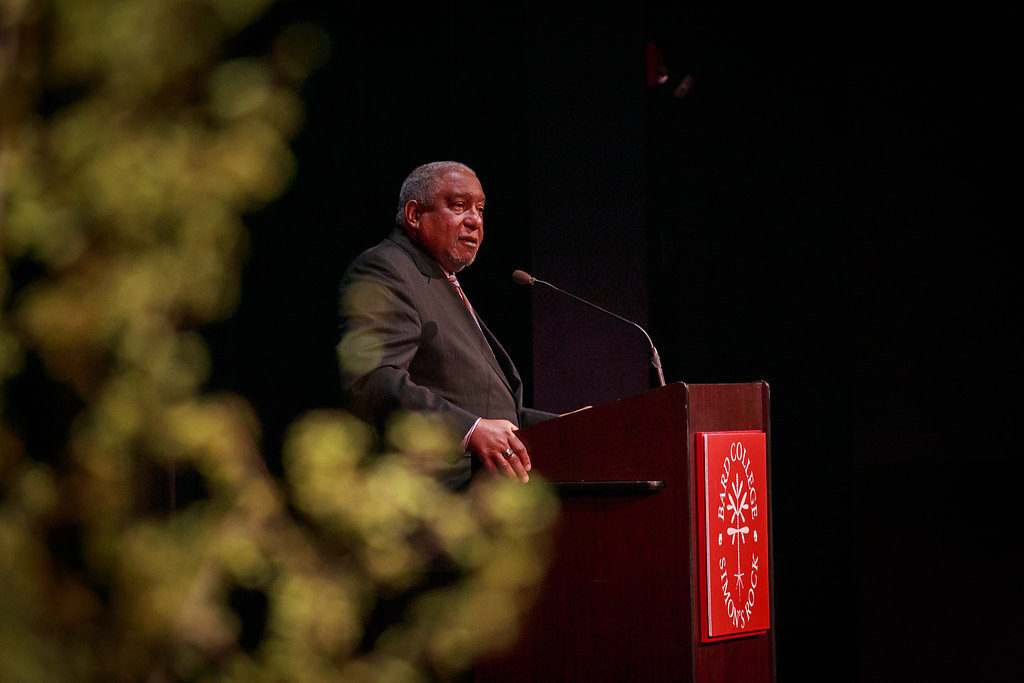 Coming of age during segregation: A talk with Dr. Bernard LaFayette Jr.

Great Barrington — Civil rights leader Dr. Bernard LaFayette Jr. had an epiphany when he was seven years old. In his hometown of Tampa, Florida in 1947, he was waiting with his grandmother, Ma Foster, for an electric streetcar headed to town. In the South at the time, the cable cars were segregated. Blacks had to enter at the front to pay their fare, get off, and walk to the rear door to get on. Often conductors would take their money, close the streetcar doors, and leave them stranded. On this day, after paying for their rides, Bernard and his grandmother ran to the back of the cable car, and just as Bernard jumped onto the moving stairs, one of Ma Foster’s heels got caught between the bricks flanking the cable tracks. Bernard reached for her, but she fell down in the street. That day, Bernard LaFayette Jr. made a vow to himself: when he was older, he would fight the system that treated them this way.

The morning after his February 18th lecture at Simon’s Rock, I sat down with Dr. Bernard LaFayette Jr. at the Red Lion Inn. In a small room next to the gift shop — sectioned off by heavy velvet drapes — he told me about his first protest. A Tampa merchant with a busy shop near his home offered him a business proposition. “Bring me coffee on your way to school, and I’ll give you ten cents.” It was the start of a smalltime coffee running operation. “Mister Coffee” to neighborhood retailers, Bernard woke at 5:30 a.m., and went to local shops to take coffee orders using a makeshift tray he created out of a Carnation Milk carton: “I was allowed to come into this Cuban restaurant before it opened, but I was not allowed to sit on the stools.” While waiting for the coffee to brew, he’d hoist one hip onto the stool. Over time, he staged his first — albeit solitary — sit-in. 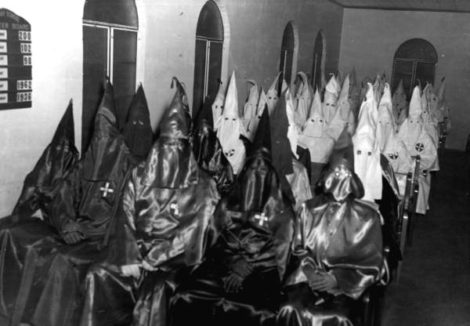 Florida led the nation with the highest number of lynchings in the first half of the twentieth century. In the 1920s, the massacres of Black communities in Ocoee, and Rosewood made history — for their brutality and lack of law enforcement accountability. “Growing up, white people controlled the Black community by saying things like ‘If you were supposed to be equal with us, God would have made you equal with us. So why do you want to be with white people? Birds fly with their flock, same thing with horses, and other animals’,” said LaFayette. For institutional oppression to continue, the oppressed have to continue to play their role. When civil rights activists stood up for their rights in Nashville, Birmingham, and Selma, those in power would “find a systematic way of repressing you back into your position. And if they can’t do that, you’re going to have a shift. And that’s when you have a revolution,” Dr. LaFayette said.

LaFayette, now in his mid-seventies, is most surprised that more Blacks weren’t killed. How do you forgive? Dr. LaFayette credits his Christian upbringing and his Gandhian nonviolent civil disobedience training — which he learned from the Rev. James M. Lawson Jr. — a rising star in the civil rights movement. Dr. LaFayette was a freshman at American Baptist Theological Seminary in 1959. He joined the Nashville Student Movement – which conducted lunch counter sit-ins at local restaurants and businesses.

As a Freedom Rider in 1961, he was viciously attacked at the Montgomery, Alabama, bus terminal by a mob of segregationists led by the Ku Klux Klan. He was arrested in Birmingham, survived beatings, riots, and firebombing in Montgomery, and served time at Parchman State Prison in Jackson, Mississippi. 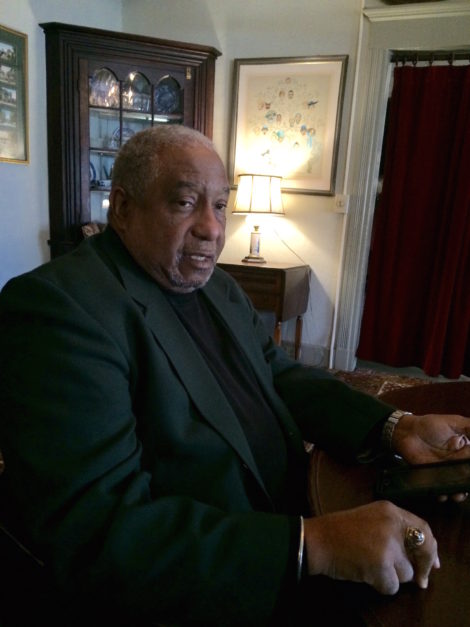 His encounter with history came when he was the registration campaign director in Selma, Alabama from 1962 to 1965. As one of the primary organizers of the Selma voting rights movement, he survived an assassination attempt on his life. Shortly after the Selma to Birmingham March, President Lyndon Johnson signed the Voting Rights Act, guaranteeing African Americans the right to vote. Bernard LaFayette was now a national figure. His memoir, In Peace and Freedom, My Journey in Selma chronicles his experiences in Alabama.

He worked closely with his friend the Rev. Dr. Martin Luther King Jr. in the late sixties (King appointed him as program administrator for the Southern Christian Leadership Conference). “Laws could regulate people’s behavior, but not necessarily their hearts” Dr. King told LaFayette during a private conversation about racial conflict. Dr. Martin Luther King’s last words to him on the day of his assassination, “We need to institutionalize and internationalize nonviolent change.” At twenty-eight, fighting for social equality became Bernard LaFayette’s mission for life.

Following Dr. King’s death, LaFayette graduated from the American Baptist Theological Seminary, and went on to Harvard University where he earned his Masters and Doctorate in Education. He’s actively involved in three organizations he founded: the Center for Nonviolence and Peace Studies at the University of Rhode Island; God-Parents Clubs, Inc., a national program aimed at preventing the systematic incarceration of Black youth; and the Association for Kingian Nonviolence, Education, and Training Works. He’s a Distinguished Senior Scholar-in-Residence at Emory University in Atlanta, and national chairman of the board of the Southern Christian Leadership Conference.

What’s the future of race relations? “We’ve got a lot of work to do. We’re dealing with interesting dynamics right now because all the problems we have faced in the past now have little tentacles that are coming up in different ways. It’s going to take almost all of the knowledge that we have put together to be able to address these issues,” Dr. LaFayette said.

— Mark Twain
Read next: Expansion of charter schools inappropriate for the Berkshires