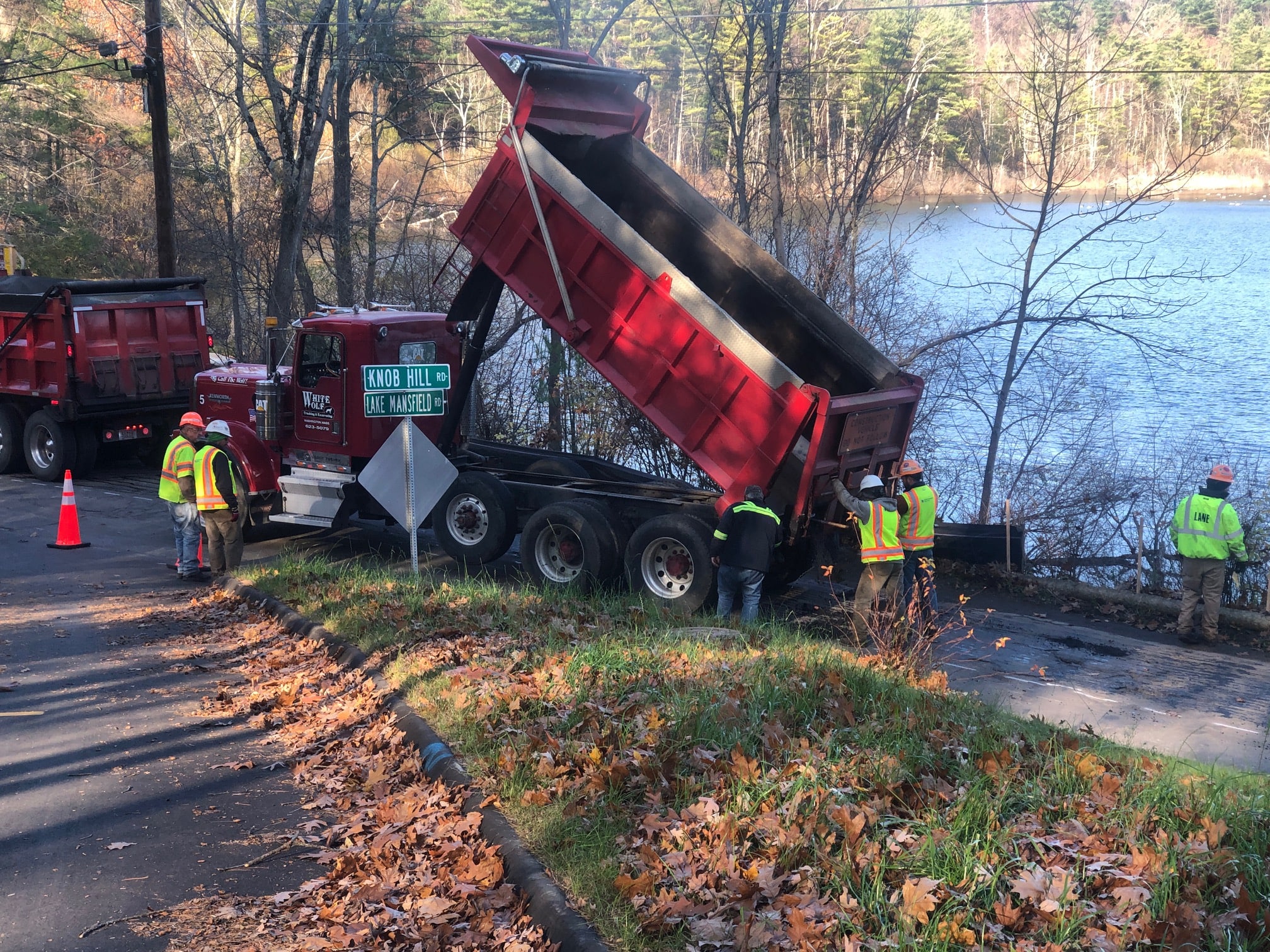 Workers from White Wolf Trucking and Excavating of Washington work on the repaving at the intersection of Lake Mansfield and Knob Hill roads Nov. 6.

Editor’s note: This story has been corrected to reflect the fact that the road will remain open as a one-way road beginning Nov. 15. A previous version had stated that it would remain open as a two-way road.

Workers from Northeast Paving of Lee were hard at work Wednesday morning starting at 8:30 a.m. laying down asphalt and rolling it smooth. A second layer was to go on in the afternoon. At that time, work was also scheduled to start on the repaving of Lake Avenue.

See the brief video below of workers from Northeast Paving of Lee repaving Lake Mansfield Road:

Sean VanDeusen, who heads the town’s public works department, told The Edge the Lake Mansfield Road paving is part of a larger $500,000 project that also includes the repaving of Lake Avenue, Oak Street and Cypress Street. VanDeusen said, in the last 16 months, the town has completed nearly $4.5 million in road and sidewalk improvements.

In order to preserve the health of the lake, the Lake Mansfield Improvement Task Force had recommended that the road be closed to all but emergency vehicles and a couple of property owners abutting the section of the road from the boat launch to the town beach area. The selectboard accepted that recommendation in June.

But much to the dismay of the task force, the selectboard changed course in September after receiving a report from town planner Chris Rembold, VanDeusen and town manager Mark Pruhenski recommending the road receive a fresh layer of asphalt at a cost of about $50,000 and, beginning on Nov. 15, remain open as a one-way road northbound from the beach to the boat launch. The task force subsequently appealed the decision to the selectboard but to no avail.