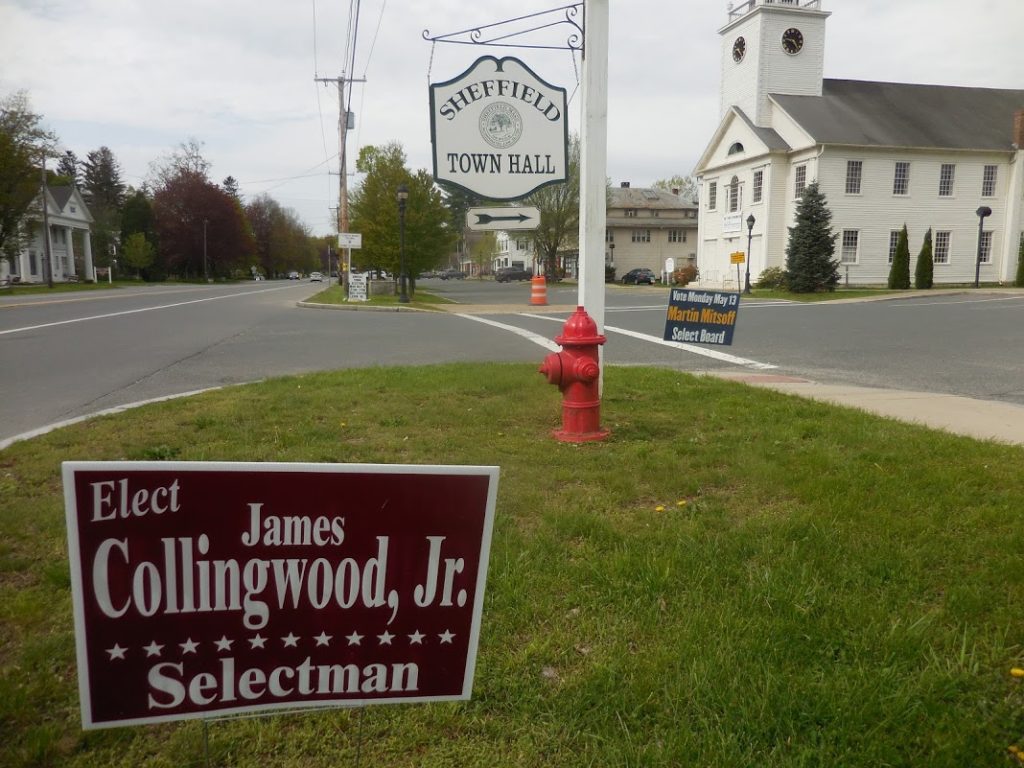 Terry Cowgill
Lawn signs for James Collingwood and Martin Mitsoff greet motorists at the entrance to Sheffield Town Hall in front of Gulotta's.

Classic contrast in race for Sheffield Board of Selectmen

Editor’s note: This story has been revised to more accurately reflect Mr. Mitsoff’s work in emergency services in town.

Sheffield — It appears that the annual town election in Sheffield will be the most uncluttered in recent memory. There is only one contested race and the candidates for that seat present quite a contrast.

Lifelong resident and local businessman James Collingwood is running for selectman against Martin Mitsoff, a relative newcomer but a familiar face nonetheless by virtue of his community service. 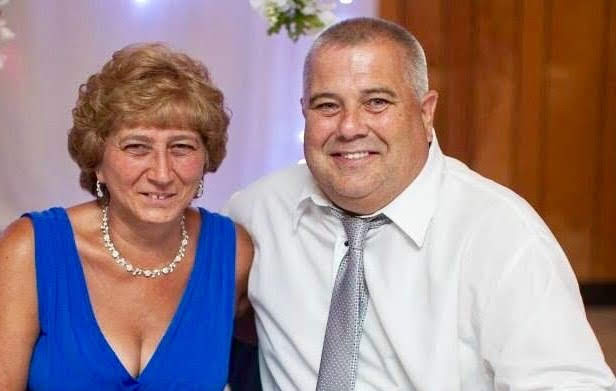 The seat on the town’s highest board is open because longtime selectman David Smith has opted not to run for re-election. No other races for the election on Monday, May 13, are contested. Click here to see the sample ballot provided by town clerk Felecie Joyce, who told The Edge there are no write-in candidacies either.

Collingwood recently sold JTC & Sons, the family transport business on Route 7, to Daley & Sons, a trucking firm in Lee. Collingwood is staying on as operations manager.

For eight years, Collingwood has sat on the planning board, the last five as chairman. He says he is proud of the board’s work during his years as chairman. The board has crafted bylaws that were subsequently approved by voters at town meeting.

Most recently there was a bylaw on retail adult-use-marijuana establishments. But there have also been bylaws on signs and solar power installations during Collingwood’s time on the planning board. Click here to read the latter two (page 32 for solar and 23 for signs).

“It takes time to build all that,” Collingwood said in an interview. “You can’t just walk in … We had 22 meetings where we had cannabis on our agenda.”

Collingwood says he is of proud of his family’s deep roots in Sheffield. Collingwood is a 1976 graduate of Mount Everett Regional High School. He and his wife Theresa have been married for almost 40 years. He’s also a longtime member of the board of directors of the Kiwanis Club of Sheffield, where he has held a variety of leadership positions, including three terms as president.

His father, James Collingwood Sr., is a former selectman who was recently honored for 60 years of service to the community, having served on numerous boards and committees during his career. Collingwood’s grandmother, Minnie Markham, was Sheffield town clerk for a staggering 40 years. Collingwood has two children and three grandchildren.

“I’m proud of Sheffield and I think the community knows that,” Collingwood said. “They recognize what my wife and I have done.”

Collingwood said Sheffield is a tight-knit community, as evidenced most recently by how the town came together in the wake of three separate and deadly tragedies in the month of March: the fatal car crash of a former Mount Everett student; the death of a former Sheffield resident in a plane crash in Ethiopia; and the murder-suicide that resulted in the deaths of a family of five in their new house on Home Road.

“It was a very hard time,” Collingwood said. Referring to the Karpinski family, he added, “My grandchildren were in school with their kids.”

Asked what distinguishes him from his opponent, Collingwood cited controlling taxes and taking additional steps to make Sheffield more affordable so that “we can keep our youth in the community.”

In a brief written statement on the website of the Stagecoach Tavern, where this week he was holding a meet-and-greet-style reception, Collingwood said, “I come from a family with a proven track record of service with over 100 years of service to our community.” 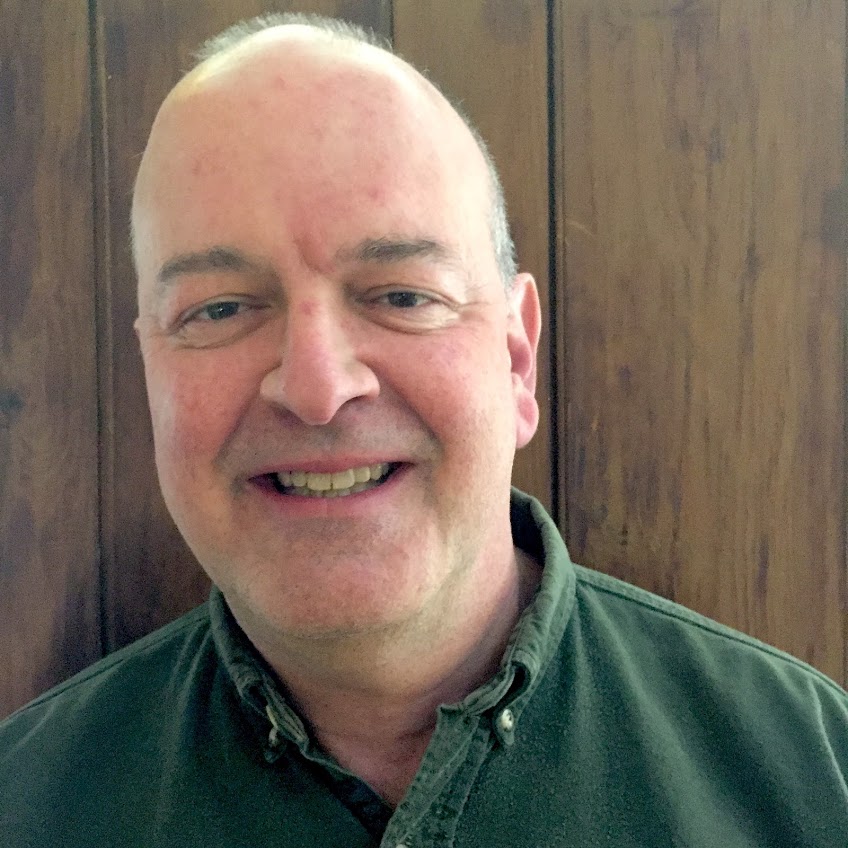 Several miles west of the Collingwoods’ Clayton Road home — and just south of the aforementioned Stagecoach — sits the Undermountain Road property of Mitsoff and his wife, Brece. Both Collingwood and Mitsoff live not far from the Connecticut border, but most of the similarities between the two men ends there.

Mitsoff is an independent financial consultant who moved to Sheffield 11 years ago. Now 58, he has lived all over the country, was trained as a municipal planner, and has worked in municipal and corporate finance at a number of corporations.

Growing up in Ohio, Mitsoff graduated from the University of Cincinnati with a bachelor’s degree in city planning and design. That was followed by graduate school at George Washington University, where he earned a master’s degree in finance.

Mitsoff worked as a fixed-income specialist at Legg Mason for six years; was a consultant to USAID for four years; and also worked at Salomon Brothers, the now-defunct investment banking titan.

He currently sits on the town conservation commission, which enforces the state Wetlands Protection Act, and has attended the majority of selectboard and planning board meetings (and some of the board of health’s meetings) over the last 18 months. He was also elected to the Bushnell-Sage Library board of trustees and has been heavily involved in the the town’s emergency services as a firefighter. 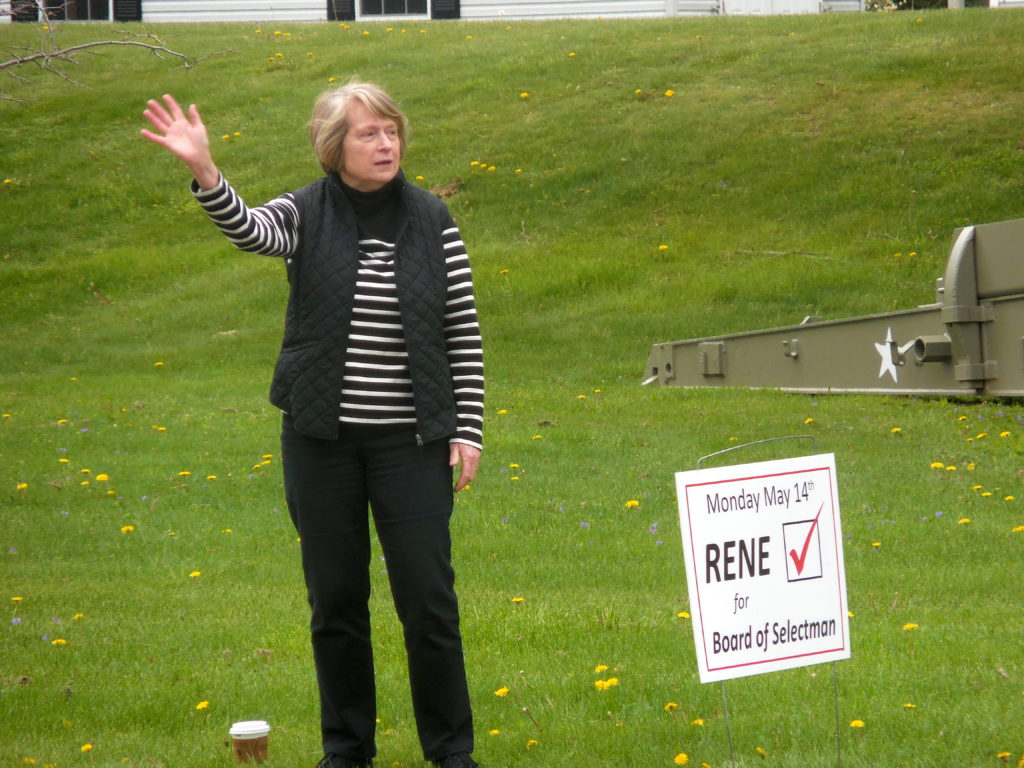 Rene Wood, who won her 2018 race to regain her seat on the Board of Selectmen, waving to motorists on Route 7 during the election. Photo: Terry Cowgill

“I worked with Rene Wood on the town’s first successful community development block grant application,” Mitsoff said in an interview, referring to the current selectboard member who recently endorsed him in a letter to The Edge. “It was a result of a community development strategy that I helped author.”

Mitsoff has crafted a campaign platform that includes a push for greater transparency and “openness and community dialogue” in town government. Asked for examples where open government could be improved, Mitsoff cited insufficient advertising for openings in town government and a failure to interview all qualified candidates.

In addition, Mitsoff pointed to the veil of secrecy surrounding the abrupt departure of longtime treasurer and tax collector Michael Ovitt, who left Town Hall last August after an independent audit of his office and subsequently signed a seven-page separation agreement with the town. For months, town officials would say only that Ovitt was “on leave.”

Inasmuch as the town website calendar does not accurately display any and all municipal meetings, Mitsoff also thinks there should be better compliance with the town’s open meetings law.

He would also like to see more public information sessions conducted by town boards on important issues, more aggressive pursuit of grants and a thorough review of the controversial policy of closing Town Hall to the public on Wednesdays so that employees can focus on their work. 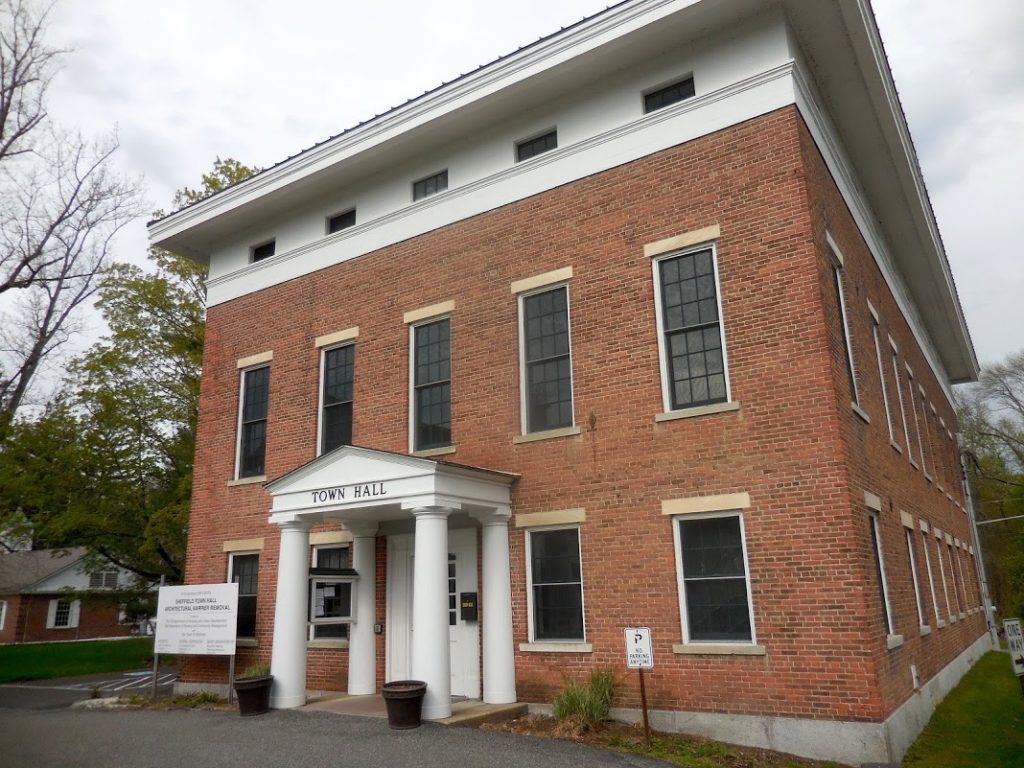 Perhaps in a nod to his private-sector experience, Mitsoff says he would like to see the practice of zero-based budgeting in the town’s financing, rather than simply tweaking the previous year’s budget.

Responding to the idea, whispered by some, that native Sheffielders are more worthy of holding town offices than those who were born and raised elsewhere, Mitsoff was blunt:

“These people [non-natives] pay our taxes … and get involved in helping our town in a myriad of ways. Jim’s position is just a divide, in my opinion and in the opinions of many, many people I have spoken with, including those fortunate enough to have been born in Sheffield. This is a non-issue for any rational person.”

This is not Mitsoff’s first run for selectman. After the abrupt resignation of Ted Dobson in 2013, Mitsoff ran against the aforementioned Smith in a special election in February 2014 but lost in a squeaker that was later upheld in a recount.

A few weeks later, selectboard member Julie Hannum announced she was not running for re-election. Mitsoff then ran against Nadine Hawver for Hannum’s seat but was defeated narrowly by a margin of 536-496. Hawver was subsequently re-elected and remains on the board.