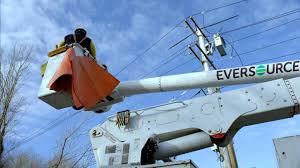 Boston — A new lawsuit brought on behalf of all electric ratepayers in New England targets two of the largest investor owned utilities (IOUs) in the region for allegedly manipulating wholesale energy markets, resulting in inflated natural gas and electricity costs and higher bills for consumers.

Eversource Energy and Avangrid Inc. are named defendants in a complaint filed November 16, 2017 in U.S. District Court for the District of Massachusetts in Boston. The complaint stems from a study released in October finding that the two energy conglomerates artificially constrained natural gas pipeline capacity routinely over a several-year period, which caused a spike in spot market gas prices and led to overall higher electricity costs. The total economic effect on electricity consumers, according to the study, was $3.6 billion in overcharges.

“Eversource and Avangrid are two of the largest energy companies in New England, and we believe they chose to use their substantial market power to unlawfully jack-up consumers’ electric bills,” attorney Tom Sobol, partner at Hagens Berman, said in a press release. “It appears these companies willfully engaged in this scheme for years, and we intend to help those affected reclaim their losses, and stop this behavior.”

Eversource and Avangrid both own natural gas utilities and electric utilities. The “scheme” arises from their natural gas operation – specifically reserving more capacity on the Algonquin pipeline than they needed and cancelling the reservation at the last moment, preventing competing companies from using the gas. Eversource and Avangrid have unique “legacy contracts” allowing them to adjust their pipeline reservations throughout the day, the suit states. This allows them to cancel capacity right before they would incur a penalty for overbooking.

Since competitors could not subsequently request capacity on the pipeline, gas supply was artificially constrained, causing spot market gas prices to spike and electricity costs to be higher than they otherwise would have been.

The effect of the utilities’ “down scheduling” on the pipeline included a 38 percent increase in spot market gas prices on average, and a 70 percent price increase during the coldest winter months. Electricity prices were at least 20 percent higher from 2013 to 2016, the period covered in the study. Ratepayers in the region ended up paying $3.6 billion extra as a result.

According to the complaint, 14.7 million residents across the region, including 7.1 million retail electric customers, were affected by this allegedly illegal scheme. “Defendants’ abuse of their substantial market power caused an anticompetitive injury, in the form of higher electricity bills, to all New England electricity consumers,” the complaint states. The utilities’ behavior violated state consumer protection statutes and federal and state competition and antitrust laws, the suit claims.

Motivation for constraining gas supply may lie in the fact that Eversource and Avangrid both own non-gas-fired power plants in addition to electric and gas service subsidiaries. Higher spot market gas prices make this non-gas electric generation more competitive in the market. As the lawsuit points out, “Defendants are able to profit directly from artificially higher natural gas spot market prices in the form of increased use of and higher prices paid to their non-gas-fired electric power plants.”

The complaint further points to the fact that the utility giants used the higher electricity costs in the region as justification for the need for new natural gas pipelines. Investing in additional pipeline infrastructure would directly benefit these companies, and they even went so far as to try to convince lawmakers and regulators that consumers should pay for this infrastructure through a “pipeline tax.”

A 2015 study by the Massachusetts Attorney General’s Office (AGO) concluded that additional natural gas pipeline capacity is unnecessary to ensure electric grid reliability. The AGO is reviewing the findings of the study underpinning this lawsuit with expressed concern. “The allegations in the report are concerning and require careful assessment and analysis,” said Chloe Gotsis, spokeswoman for Attorney General Maura Healey’s Office. “We are reviewing the report and gathering additional information. Based on our review, we will take any appropriate action.”

Mike Durand, a spokesman for Eversource, said the company is reviewing the lawsuit and it denies any alleged wrongdoing. “The allegations underlying this lawsuit are untrue and baseless,” he said in an emailed statement. “The expenditure of resources to further these false claims is regrettable for all parties involved.”

Avangrid responded to a request for comment with the following statement:

“The Company is reviewing the allegations in the complaint and will vigorously defend against these claims. Southern Connecticut Gas (SCG) and Connecticut Natural Gas (CNG) are obligated to provide safe and reliable natural gas service to their customers. SCG and CNG reserve and nominate/schedule pipeline capacity to help protect customers from interruptions – including during unpredictable, extreme weather conditions. These companies operate in Connecticut, where they are required to serve as the “supplier of last resort” for retail, commercial and industrial natural gas customers interconnected to the gas distribution companies. In providing service to customers, AVANGRID seeks to comply with all state and federal regulatory requirements.”

But according to this lawsuit, the utilities’ “abusive” behavior constitutes the largest energy market manipulation scheme since the Enron scandal: “Not since Enron’s greedy heyday during the California energy crisis, nearly two decades ago, have American energy markets been manipulated for private profit at such expense to everyday electricity consumers.”