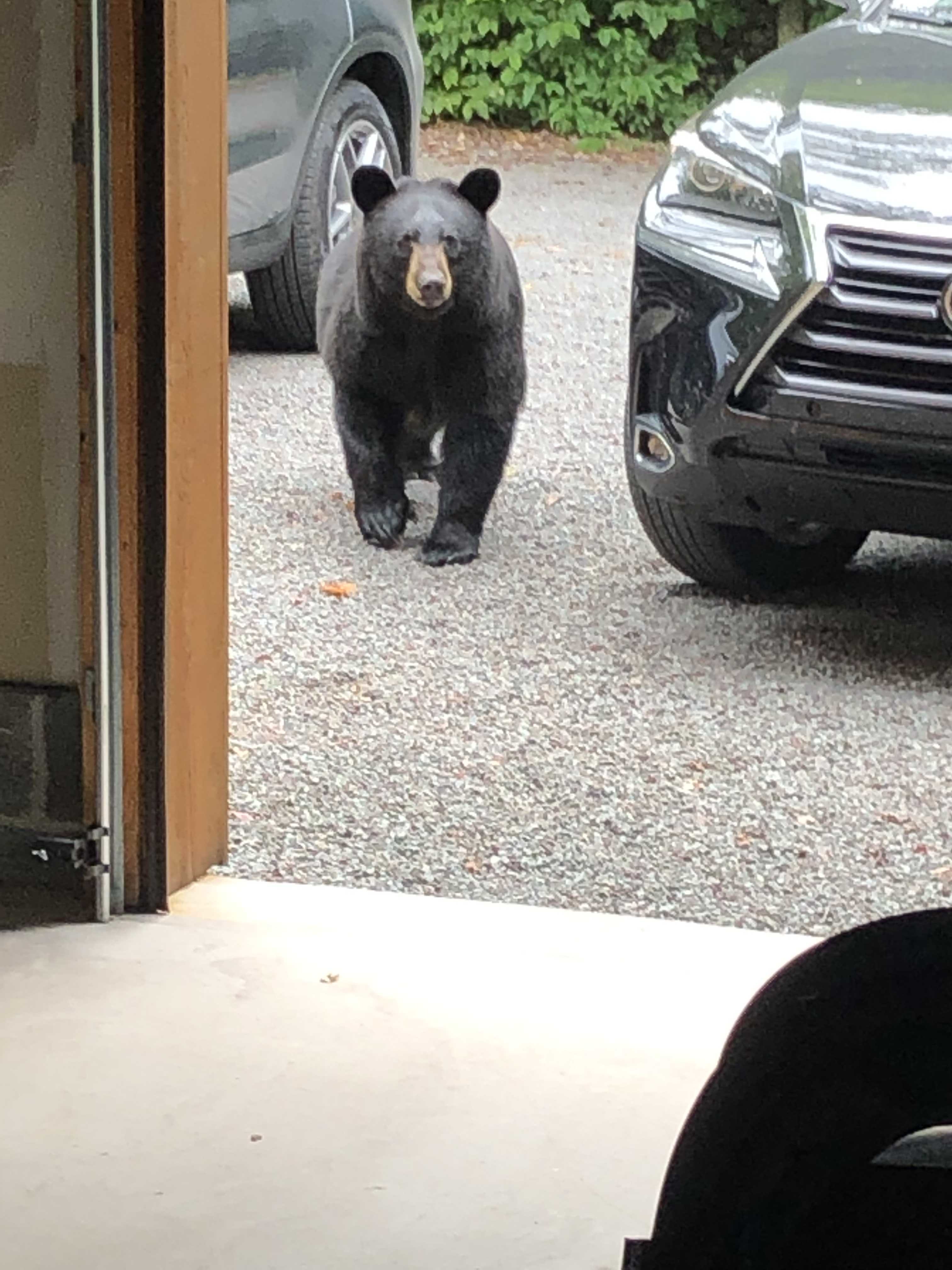 Are you old enough to remember the television show “Green Acres”? A New York City couple moves from the city to the country and struggled in this sitcom for six seasons to figure out how to make it work. Or if you are younger, maybe you remember “The Simple Life,” starring Nicole Richie and Paris Hilton, two Beverly Hills society princesses and party-ers move in with a farm family for five weeks of getting their hands actually dirty, experiencing life as they have never known it.

Meet Susan Winston, a psychotherapist City Slicker from the concrete jungles of Los Angeles now relocated to the forest-filled beauty of the Berkshires. I’ve spent time here all my life. I just haven’t lived here full-time as I do now. Here are my more interesting zoological experiences so far, all perhaps more pronounced because we almost ran into the bear a few days ago. While there are a lot of hirsute people running around LA, we do not have bears crossing into our garage there.

It all started with my first week in Hillsdale, one shared by tough, muscled workmen who proved to be the sissy-guys of all-time. I arrived in a cast with a broken foot and crutches.

Day one (by the way, these workmen were to have completed the job well-prior to my arrival), I opened the door and was joined by a groundhog the size of an elephant. Yes, I am given to hyperbole but if one has never had a groundhog as a houseguest, it looks huge and unfriendly. While I watched my four macho workers stand on the couch and chairs screaming, I was trying to poke the thing out with my crutches. Crutches 1. Groundhog – 0.

All good until I see a pack of wild turkeys marching daily across the yard. (is it called a pack or a flock?). Whatever. It was from one of my clients that I have learned to love the turkeys because they eat the deer tick. Do those ticks cause Lyme? Yes, but my research shows they are, in fact, transported from deer to mice, of which there are plenty in the Berkshires.   I know I will be criticized by this, but I do not want to share my home with mice or anything other than my two dogs and one husband and the occasional visiting child. OK, welcome Mr. Exterminator. There are few things less fun than hearing a trap snap in the middle of the night and then being dragged along the floor. That is just too cruel so we invested in the mouse “houses,” those attractive glue edifices that capture the little guys in situ.

Welcome the bats. We have been through this before and hired a company that guaranteed a lifelong bat-free existence. My special ”bat-book,” written by one of the two foremost bat experts in the world, assured me that bats return to their home – in essence now, our home. This has been going on for decades. We are up to the great, great, great grandchildren of the original bat inhabitants and they love it here. My children visit on holidays and there is nothing that sings of the season than a tribe of many screams followed by a big cheer. The cheer came as a result of our little dog, Charlie, now known as Batman, who jumped off the bed into the air, caught the bat and threw it to the ground. Charlie has done this two more times, and I walk into the living room to find a dead bat on its back, fangs sticking out and Charlie gloating. Neither dog chews the bat – they just leave it alone like a prize for us. So much for the eternal promise of no more bats forever. Bats – 0, Charlie – 3!

There is nothing more majestic than the spread of an owl’s wings. I have an owl that lives on his perch right outside my window. They were nocturnal until the day the owl saw lunch in the waiting, spread those incredible wings, swooped down and scooped up something he then masticated to a screeching death (no, not Charlie). Ugh.

Our home is a mile from Catamount, so named because of the catamounts or medium-sized wild cats, or cougars that once populated the area. Who said ONCE? ONCE now refers to once a day that the catamount walks under my office window into the woods. According to all literature they are “ferocious.” Let’s hope not.

And finally, Susan’s zoo contains the Hillsdale bear. We have all known about the bear and many of us have seen the bear. My husband remembers the day the bear sat atop a tree above the IGA in Hillsdale and no one would go out to their car. Now, via photo, it seems the bear wants to drive the cars.

Can this City Slicker survive the wilds of Hillsdale? I’ll talk to you in the spring and let you know.