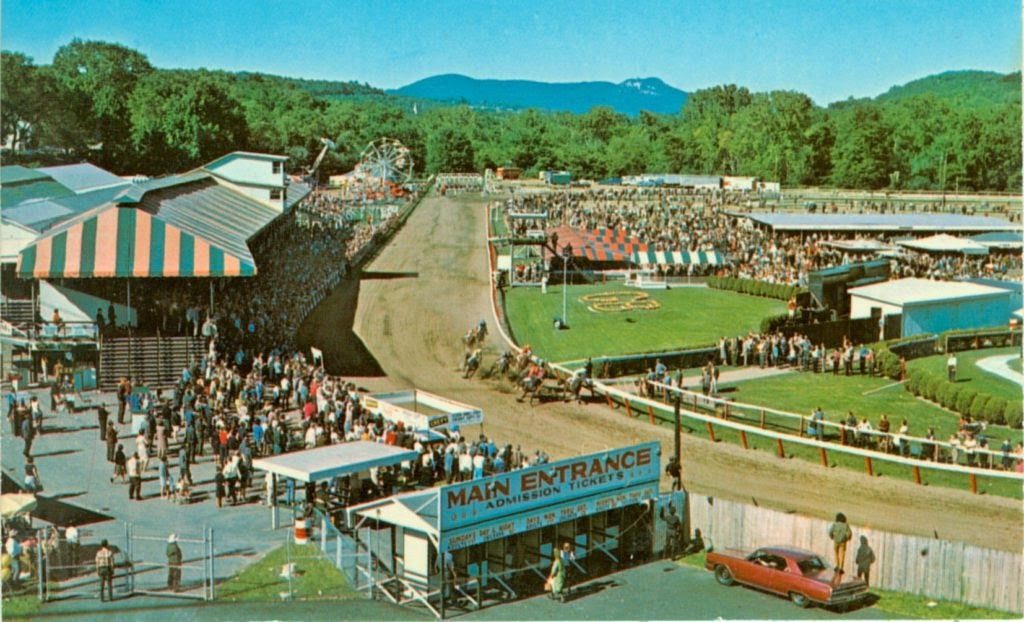 Horse racing at the Great Barrington Fairgrounds in the 1970s

The prospect of commercial horse racing coming to the Great Barrington Fairgrounds is a hot topic. Bank tellers, restaurant wait staff, gas station employees, and grocery clerks have told us that townspeople have clear and strong opinions on the issue — virtually all opposed to such a plan.

But what is not at all clear to most people is the law regulating commercial horse racing in Great Barrington — the law that is in place now or the law as it could be if certain bills at the state legislature were to be voted into law. Over the past months, we have seen confusion and frustration at the interpretations and assurances folks have received from legislators, selectboard members, the corporation looking to bring commercial horseracing to fairgrounds, and the media.

Some of us who are deeply concerned about the return of horse racing have made a concerted effort to research records and documents and to consult attorneys from Boston to Great Barrington regarding the law about horse racing:  the law as it stands now, the law historically, and the law as it could be by the end of this legislative session.

In an effort to shed some light on the reality of the law, we would like to share what we have found. We also encourage all of you to simply read the current and proposed laws as well. You don’t need a law degree to do so, but you may need a good brain shake after you decipher the riddles hidden in plain sight. Boring? Yes. But vital to not being dazed and confused.

Current law, Chapter 128A, section 13A, clearly provides that the Massachusetts Racing Commission (or Gaming Commission as it is now) can only grant a commercial horse racing license in a town if the selectboard votes to approve such location for commercial horse racing. The selectboard vote must be after a public hearing, with notice of such hearing published at least seven days prior. Current law also provides that if the town residents disagree with such vote of approval, then they can gather signatures of 12 percent of the registered voters and petition the selectboard to reconsider its approval. If the approval is not rescinded, then a town referendum is held on the question of whether horse racing should be approved at such location.

A bill filed in the State legislature in January 2019, Senate Bill 101 (S101), takes the exact same language as 128A, but inserts a sentence between the required selectboard approval and the residents’ right for referendum if they disagree with the selectboard approval. That sentence is the key to the confusion. It reads, “A new local approval under this section shall not be required for thoroughbred and harness racetracks that were licensed by the commission, or by its predecessor state racing commission for commercial horse racing under chapter 128A.”

Let that sink in. It states that if the Massachusetts Racing or Gaming Commission had at any time in history (last year, 20 years ago, 50 years ago) granted a license for commercial horse racing at a location, no further approval of said location by the selectboard is needed and no chance for the residents to call for a referendum.

There have been some assurances in the media — via letters and “official” statements — that GB residents will have the right to gather 12 percent of voters in petition to stop horse racing if they don’t like the approval of the location. However, it is the placement of that key take-away sentence in S101 which leads to such confusion and odd interpretations of the residents’ right to ever have a vote. The above-quoted sentence in S101 takes away any right for selectboard members and residents to vote on whether horse racing returns to their location if it was ever once given a license by the racing commission.

Some of the confusion, interpretations, and assurances have been made in relation to the special permitting process. Some have assured that if S101 becomes law the selectboard will have the “final approval” regarding permits, and that if residents don’t like the special permit approvals, 12 percent of voters have the right to petition for a citizen referendum.

But that is not true.

Special permits for the racetrack will, in fact, require the approval of the selectboard. But the permit process does not give those officials complete discretion, especially if an applicant has followed all of the requirements for that special permit, including any specific conditions placed by the conservation commission, for example. And what if no discretion is available? Or what if most of the board members actually like or want horse racing? The voters then will have NO right to a referendum. They will have no right to appeal the board’s permit decisions. Residents, of course, can give an “opinion” at a special permit public hearing. But no vote and no general right of appeal.

And what if the state approves a horse racing license and the selectboard approves the needed special permits. Can they limit the number of days of racing? The longstanding Barrington Fair only operated for 10 days per year. When the fair sought state legislation in 1982 to expand the fair racing to 30 days per year, the town voted that down by a 3-2 margin because apparently 10 days were enough even back then. Then, as now, as to the number of race days, it is up to the state what discretion the town has. In 1982 state law only allowed a fair to have 10 days of racing. For Great Barrington to have more required a home-rule petition as it only affected the town. And that required a vote of the citizens. Just a few years ago the state required a thoroughbred racetrack to have a minimum of 100 days of racing. For a local variation, the legislature, not the selectboard, would have to approve a change in such minimum. Once racing comes to GB, the number of racing days will be set by the state, not the town

A further nagging question is: where is that elusive Great Barrington Selectboard approval for commercial horse racing (after notice and public hearing) from 20 or 50 or 100 years ago? Perhaps it doesn’t exist. Perhaps such an important missing prerequisite is the very reason that S101 — written specifically for racing in Great Barrington -– has that additional language that only a prior (now long expired) license is all that is needed, not any vote by any board or citizenry?

S101 also eliminates the provision in current law that any commercial racetrack must be a minimum of one mile in length. That important safety feature is eliminated in S101 as the Great Barrington track is only one-half mile in length and there is physically no room to expand it to one mile given the boundaries and the river (never mind the huge disturbance to the floodplain).

For decades, thoughtful selectboard members in Great Barrington have expressed the opinion that approval of commercial horse racing should be a decision made by the citizens, not the selectboard. State Sen. Adam Hinds, D-Pittsfield, has opined that every generation should be able to vote on whether horse racing should be allowed in their town. Surely something so life-altering as 40-60 or more days of modern day racing (which continues to exist in the United States solely because of gambling) deserves a vote of the town.

Do Great Barrington residents want an old expired and abandoned license granted by a state agency 20 years ago to dictate whether commercial horse racing comes to their town?

If not, they need to attend the Great Barrington Special Town Meeting on Wednesday, Dec. 11, at 6 p.m. at Monument Mountain Regional High School, to vote on the home-rule petition. If affirmed, the petition will be taken to Beacon Hill by the town’s local legislators as a bill providing that any horse racing in Great Barrington, now or at any time in the future, will require citizens to vote at town meeting and on a ballot question before horse racing can ever come to town.