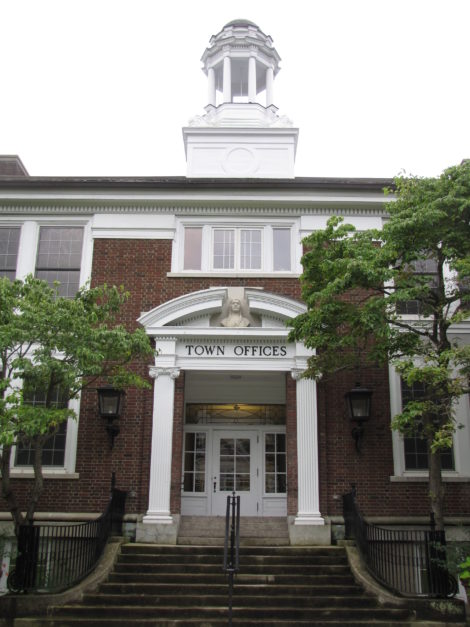 Chelm 01262: The August report from Chelm

Our Berkshire Chelm is badly troubled. This past summer has been a difficult one for the good people of Stockbridge. Our library has been disheveled for weeks and weeks as it goes through major renovations. The changes to this central building in the middle of our town would not be so bad but for the other dislocations, difficulties, and disturbances that have befallen us.

Some months back, we all learned that our Fire Chief was elected town Elder (selectperson). But he was forced to resign from both positions after being informed that State ethics rules forbid holding both jobs at once. It seems that other small towns in our   Commonwealth have persons who hold more than one such job. So there was plenty of grumbling about all this. A sour mood spread through our Chelm. But then, the former Fire Chief was reappointed to his Fire Chief job. And he could be re-elected as Elder in another election since he had resigned from this position. But our town moderator decided to run against our Fire Chief. This is all pretty confusing. And we saw Stockbridgians standing around scratching their heads and wondering what was going on? 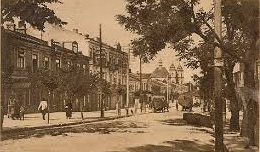 In Chelm, there also were times when people began to hate one another. There was that time when the old woman from the corner house yelled at the young bride for stealing her herring. The bride’s husband came out into the square and began to berate the old woman. Soon the old woman’s nephew and her two sons got into the argument and shortly the whole town was in an uproar. As usual they called on the rabbi to calm things down. But the rabbi, who had just officiated at the marriage of the young couple, was reluctant to enter the fray. Also, the old woman who sold herring was the rabbi’s granddaughter’s mother-in-law and it was best not to mix in.

Now the interesting thing is that these spats almost always preceded a pogrom. It was as though the townspeople of Chelm, anticipating the devastation about to befall them, began to fight among themselves as if to prepare for the terrible mayhem about to descend on them, to get in the mood, so to speak, for disaster.

Let us look at the last possibility first — that the disorganization and irritation evident in our small town population is a symptom of something bad that has already   happened in our community. So what could that be? Well, I’ve been paying close attention to the changes since we first moved here over 50 years ago. We moved here to work and to raise a family in a sweet small New England town. Fahgedaboudtit.

I think, to put it simply, we have all lost our town. We have lost the feeling of living in our own town. We have become a tourist mecca (my granddaughter used to confuse the words tourist and terrorist). There are no longer any stores that have to do with our needs — no drug store, no barber shop, no hardware store, no real grocery store or butcher shop, and no center for the townsfolk to meet, gossip, and simply hang out with one another. We still live as though we have a town, but in reality it’s been gone for many years. The Red Lion is the town. The Norman Rockwell museum is the town. Commerce and memory have replaced a living world — a genuine tragedy.

One can buy still purchase all kinds of gifts. We don’t have to travel anywhere for birthdays or anniversary gifts. We need only go downtown to buy trinkets, earrings, stuff. But much of what is for sale is really for tourists, for the busloads of lost and wandering souls for whom our town is just another stopping point, a commodity.

These changes are not so much a sign of personal failing in our townsfolk, as it is a sign of social disaster, a shared loss. And we don’t know what to do about it other than to suspect the selectpersons, or the police, or our neighbors.

No wonder people are irritated. Our children were removed from town when the High School and then the Plain School went regional. No children around. No teachers. Just us old folk, tourist folk, people who work at Riggs or the Red Lion. Very depressing. This condition is not just our fate. It turns out to be the fate of small towns all across America. The corporate mentality has moved the center of life from our small towns to commercial centers — to shopping centers, Wall-Marts, corporate enterprises where money is pulled upwards to CEOs and stockholders and away from family stores and townspeople. Meeting a neighbor in one of the long aisles at a food emporium is not quite the same as meeting a neighbor in town. The surround is different, the interaction is different. No wonder townsfolk are irritated.

Without really paying close attention, we have lost our town. Paranoia, anger, suspicion, rumor, irritation, anxiety have replaced a sense of belonging. We are mostly paying attention to the screens that dominate our time. Our kids no longer bike around. Our little ones no longer take off for the day — to hang out, go fishing, swim in the old pond, daydream. Our dogs no longer take off for the day. Leash laws abide. Terror abides. No wonder people are pissed off. Life, as we once knew it, has been taken from us and there’s little to do about it but bitch and get angry at those in positions of authority who are more and more cut off from the townsfolk. So divisions begin to become more apparent — divisions in economic class, education, religion.

But also, perhaps like Chelm, the irritations are signs of bad times to come. Is it possible we are slowly and unknowingly preparing for a time when social cohesion disappears and we are left on our own, suspicious and angry at everyone else?

But whether because of what has already befallen us, or what may befall us, we seem to be coming apart. Our relationships are being replaced by digital social media’s virtual connections. What is to be done? What can we do to recover our communal lives, without which we just turn nasty?

One Stockbridge-Chelmite suggested that since we have lost out to the tourist-world, we should go all the way instead of pretending we’re still a town. Charge a steep hotel tourist-tax (despite the objections of the Red Lion). We could use the money. Turn Main Street or Elm Street into a walkway. Put tables out for tourists to sit around, eat and drink. Open gambling casinos. Let’s use our smarts to cash in on the nonsense, instead of pretending we’re still a real town and feeling nasty about it all. This is a terrible solution but it may be preferable to the nasty pretense that has turned us to collective irritation.

Chelm mentality to the rescue.