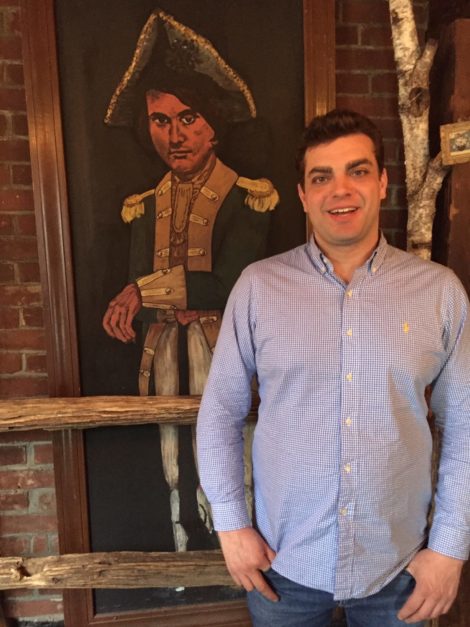 Hannah Van Sickle
Andrea Soldini, chef at the Stagecoach Tavern in Sheffield, hails from the city of Arezzo in Tuscany; he has infused the restaurant's new American farm-to-table menu with an Italian flair.

Sheffield — Andrea Soldini began his love affair with food two decades ago. At the tender age of 16, he decided to raise an animal. “I bought a pig, 20 kilos, and grew it until it was 160 kilos and I killed it by myself,” recalled Soldini, who hails from Tuscany — the medieval city of Arezzo, to be precise — just south of Florence. “I made everything,” he explained, from prosciutto and salami to sausage, being sure to use every part of the animal so that nothing went to waste. He grew up in Italy, on a piece of land where his grandfather — and then his father — raised chickens, rabbits and vegetables for the family. “We always had home-grown ingredients,” cited the new chef at the Stagecoach Tavern at Race Brook Lodge, who looks forward to sharing how his journey through some of the world’s top kitchens has impacted his way of cooking across the globe.

Soldini found his way to the Berkshires by way of London, Chicago and New York City, where, most recently, he was at the helm of Miusa Wine Bar in the city’s West Village. That success aside, his entrée into the culinary world came on a whim, with no professional training. Every single weekend, Soldini would organize parties so he could cook for his friends. Before long, a question arose: “Why am I [working in] manufacturing [instead of] cooking for a job?” His first kitchen gig soon followed — as a pastry chef at a friend’s restaurant — which required going to work at 2 a.m. each morning after working his “day job.” Next came an internship — or stage, as Soldini says in Italian — where he spent six months honing his culinary skills for free; a position as a sous chef soon followed. When a position opened at celebrity chef Heston Blumenthal’s the Fat Duck, Soldini inquired — or rather his wife at the time sent an email, in perfect English, inquiring after the job as if she were the chef. Soldini was invited for a one-week work trial in Blumenthal’s restaurant, the fastest in the UK to earn three Michelin stars. 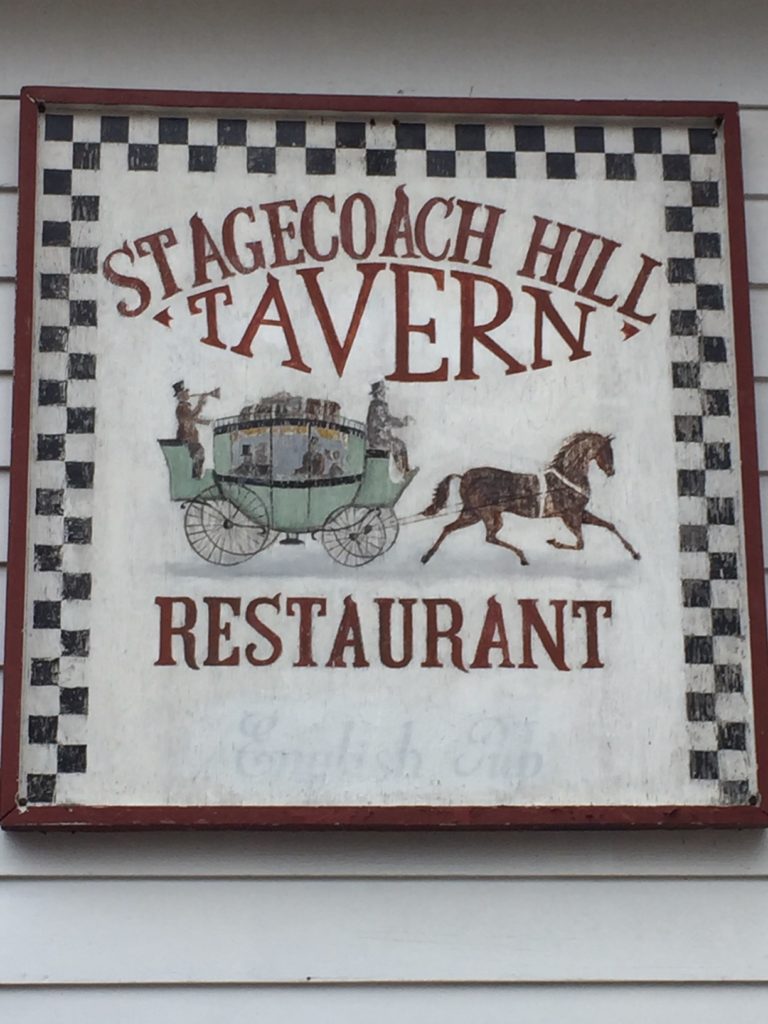 The Stagecoach Tavern at Race Brook Lodge dates back to the 17th century when Undermountain Road was a main thoroughfare between Hartford and Albany. Photo: Hannah Van Sickle

Soldini remembers relying upon the restaurant’s Italian sommelier to translate messages from the chef; at the end of his trial week, a rather important one was delivered: “Go, learn English,” he suggested, adding, “I see that you can work here for your skill, but you need to learn English.” At the age of 19, not speaking a word of English, Soldini began dropping resumes at British restaurants. “I wanted to learn English really quick,” he recalled of that period in his life. Soldini ultimately took a job at an Italian restaurant where his only requirement was that he have two hours each day to go to school. A scant five months later, he went back to the Fat Duck: “I had a five minute conversation [in English], with the man who sent me [away], and I was hired on the spot.” Soldini stayed for several years in total, rising to sous chef, and spent much of his time in the “lab” doing research for recipes. He soon tired of the British weather and set his sights on Australia. “If you see New York, you won’t go to Australia,” a colleague told Soldini as he prepared to attend a charity dinner in Manhattan. “And here I am,” he joked, having spent time at Thomas Keller’s Per Se; Daniel Boulud’s Daniel; and Charlie Palmer’s famed steakhouse, where he oversaw 25 chefs.

Three months ago, Soldini landed in Sheffield after fielding a phone call from a mutual friend of owner David Rothstein. “They need a chef,” the friend told Soldini, “in the Berkshires,” to which he replied, “I’ve never been!” What began as a one-week stint carried over to another, and another after that. “I definitely don’t have plans to leave soon,” said Soldini, who, after 11 years in New York City, is enjoying the relaxing, slow pace of life in the Berkshires. “I love it, I’m addicted,” he told me on a Friday afternoon during a break from preparing for dinner service.

His menu — one Soldini calls new American, farm-to-table, with an Italian influence — changes each week. Soldini cites the winter season as “pretty tough,” with “not that many ingredients to work with,” but that has not stanched his creativity in the kitchen. Earlier this winter, while driving through Sharon, Connecticut, Soldini spied a pheasant farm. “Tell me about this area,” he asked Rothstein as they drove. Soon after, three live pheasants arrived in the kitchen, which Soldini turned into pheasant-stuffed agnolotti (pasta typical of Italy’s Piedmont region) with ragu and served with carbonara. It was a hit with diners and testament to the chef’s versatility.

As winter wanes, Soldini is looking forward to the growing season, and he’s already connecting with farmers. “I’m really looking forward for spring and summer, definitely the most exciting seasons for a chef,” he said, sharing plans for a garden at Race Brook Lodge. After the challenge of winter, Soldini craves the smell of spring and working outside, both of which give him so much energy as a chef. Soldini is always eager to teach others about the vast and varied cuisine of his native country. “A good bolognese is brown, not red like the tomato,” he shared, adding that the key is simmering the sauce for four hours. “My mother, who is a pretty good cook, has been making bolognese in the same pot for 40 years,” he said. They challenge one another on their lasagna, prepared in the Tuscan style, which is nothing more than bolognese, bechamel and pasta. Which, in case you are wondering, Soldini will cook “al dente.” Want a true taste of Italy? Stop by for dinner, Thursday through Sunday from 5 to 9 p.m., and let Soldini prepare his shrimp carbonara tagliolini the way he eats it, “filo di ferro,” and experience the iron-clad strength of his culinary expertise for yourself.