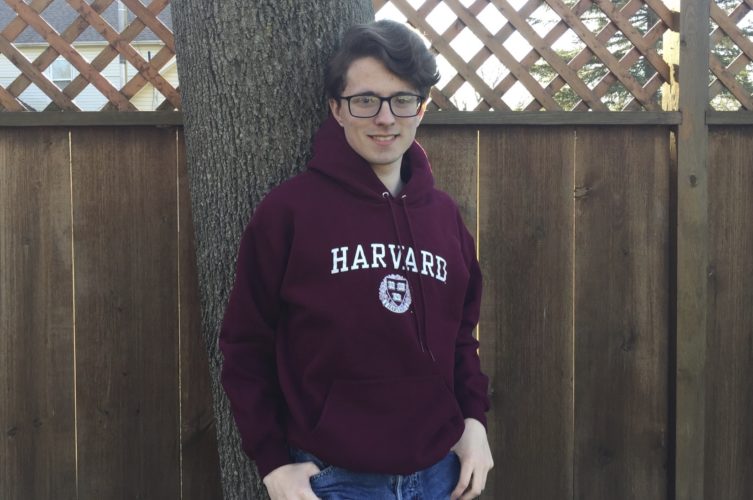 No one is quite sure what education as a whole, or higher education specifically, will look like come September, but should colleges and universities open for students, five fortunate, hard-working Berkshire County high school graduates will be matriculating to some of the best schools in the nation and won’t have to go into crippling debt to study there. The five are this year’s cohort of Chang-Chavkin Scholars, one each from Mount Everett Regional High School, Lee High School, Wahconah High School, Monument Mountain Regional High School and Drury High School.

The new crop of Chang-Chavkin Scholars, who applied in February and are now wrapping up their junior years, are Aiden Betit of Wahconah, Karina Mahida and Isaiah Bennett of Monument, Cindy Ni and Annie Maloney of Lee, and Molly Weeks of the Berkshire Arts and Technology Charter School in Adams.

Nancy Roseman, former Williams College professor and former president of Dickinson College in Pennsylvania, is thrilled about this year’s remarkable graduates. She, like the rest of academia and the world, is unsure what comes next. “Will my kids be going to college or not? Will the schools open? My assumption is a lot of this is being driven by financial concerns. If you’re Harvard, you can lose all that income and you don’t care.” [Harvard has an endowment of nearly $41 billion.]

Lucky Lucas Walsh of Dalton, headed to Cambridge this fall, fingers crossed, wants to be a journalist. Roseman said: “He describes college campuses like he’s an artist. He wrote to me to say, ‘I was rejected at Yale, Northeastern, and Boston University.’ Then, he added, ‘Oh, by the way, I got accepted to Tufts and Harvard.’ I told him that’s called burying the lede!”

Walsh would never have imagined he could be competitive for Harvard, which now accepts only around 5 percent of applicants. “I assumed I would not have been able to get in,” he admitted. “The pessimist in me didn’t want to get my hopes up for something like that.”

He would very much like his college experience to include foreign travel, as he’s not had the chance to do that yet. He took four Advanced Placement classes this year; took part in National Honor Society service projects; and was deeply involved in Wahconah’s video club, where he learned videography, editing and lighting. “I find if I’m not doing something that’s challenging, then I’m not doing much with my time.”

All of his four older siblings attended college but, he said, “They weren’t fully prepared for it.” Walsh said he was originally hoping for either Northeastern and Boston University. Harvard offered him a “full ride” scholarship and a $2,000 grant for books and computers. The Chang-Chavkin Scholars program has been and will continue to be for him more of a college application support rather than a financial one. “I am in the best-case scenario,” Walsh admitted. “I can get a world-class education for free. I can’t even put it into words how thankful I am.” He doesn’t like to talk about his educational future with his friends, though, because he feels “spoiled.”

Jeremiah Tomascak of Mount Everett has also been given a full ride, to Cornell University, which he visited last year. Roseman said he wrote to her from the visit, saying, “My heart is beating! I love it here!”

She singled Tomascak out for special praise for having overcome unusually challenging obstacles. He’s not seen his mother for many years, as she’s struggled with addiction issues. “I think she lives in Pittsfield,” he said. At one point, while his father was also absent from his life, he lived with his pastor from the Sheffield Chapel. His friends’ families took him under their wings, and some of them brought him along on college tours.

“He’s a phenomenal writer,” Roseman gushed. “He works insane hours to support himself [as a chef at the Bridge restaurant in Sheffield]. He’s got a motor that runs at a different rate than most people. He never stops moving.”

School came naturally for Tomascak, he said: “I was always getting good grades. My friends told me they studied for four hours the night before. I put all my time into school and extracurriculars, but grades propped themselves up on their own. With school I did tennis, wrestled, ran cross country, played baseball. On my own I picked up snowboarding and played football. I also participated in chorus and band, and did two a cappella groups.”

Roseman said the value of the Chang-Chavkin program, apart from the $15,000-per-year scholarship, is the intensive mentoring and guidance she can provide about the process of choosing the right school, along with connections she’s made both among students and professionals within the higher education realm.

Aliya Noel of Lee, for instance, “… applied all kinds of places. She’s a scuba diver and wants to be a marine biologist. The couple who run the store now employ her and she teaches. She’s my budding scientist. She thought she wanted to go to marine biology school.

“‘No,’ I had to tell her. ‘That’s not how it works. You have to go to undergrad college first, then graduate school.’ I got her to understand that schools teach oceanography. She ended up applying to lots of places, including Northeastern. Lucas [Walsh] told me about the Torch Program there, funded by an alumnus who wanted to help first-generation low-income kids. They get 300-500 apps a year, interview 50, and take 10 or 12. I nominated her for it. She got an interview and drove to Boston with her grandma. She was there all day, interviewing, sitting in on classes. She got it. It’s very competitive, and she gets a full ride. They even pay for books.”

“For me,” Roseman added, “the place where I really help is getting them to tell their stories and help the admission person see who they are through their essays. It’s the moment for the student to tell a story about who they are as a human being. It’s clear they have high financial need. You have to make them want to invest in that human being with all this potential. I also make sure the students protect themselves by applying to schools that they can afford, because I know what they give for merit or need-based aid.

“I don’t think Luna [Thomes] would have applied to Mount Holyoke [without Roseman’s support]. She’s an extraordinarily empathetic young woman, and wrote a beautiful essay about learning about herself by learning how to be helpful to special-needs kids, how to communicate with them. But it took her a long time to get there. She kept giving me beautiful essays, but I said, ‘This is great, but I’m not learning anything about you.’ The advice the kids get is sometimes good, but people don’t really understand what administrators are looking for.”

Students now finishing up their sophomore years will be able to apply next winter for the next round. Applications to Chang-Chavkin are due Monday, Feb. 1, 2021.

What do the Chang-Chavkin scholars think about this uncertain fall we’re facing? Jeremiah Tomascak said: “The only thing I know is Ithaca College is opening in the fall so I’m really hoping they [Cornell] will do the same. But Nancy and I also talked about a gap year if it does go online. I would want to travel and work six months and travel six months.”

Harvard, said Walsh, has been sending out update emails. “They are figuring things out and will inform us of their decision by late July. I would hope we’d be able to go. But realistically, with the problem of a second wave seeming likely with recent events and people gathering but not wearing masks, for safety’s sake, they probably will avoid opening.”