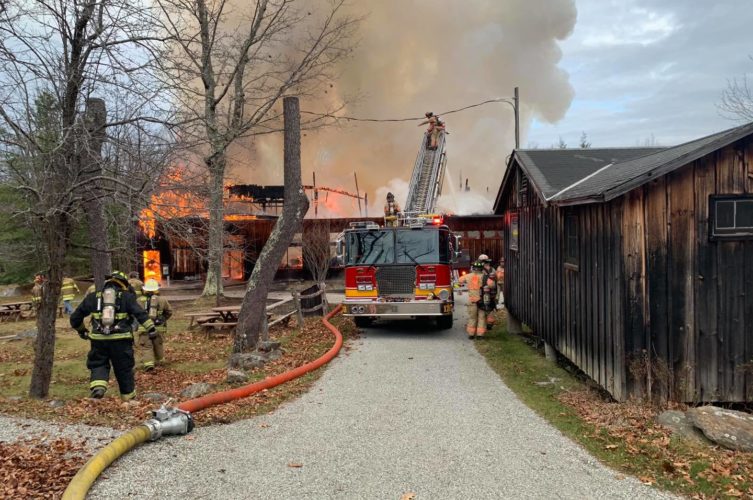 BECKET — The cause of a fire that destroyed a performance venue at Jacob’s Pillow in November remains unclear, though investigators have determined where it started, the state Department of Fire Services said in a statement yesterday.

The 6:50 a.m. fire destroyed the smaller of two performance buildings at the site known as the Doris Duke Theatre. Damage to the property, located at 358 George Carter Road in Becket, is estimated at $3 million. There were no injuries.

Investigators determined that the fire started around the patrons’ entrance to the building. Whether it started on the exterior or interior cannot be determined because of the extensive damage. It is possible that improperly discarded smoking materials or electronic equipment inside the entryway ignited the fire, the state fire marshal said.

“In Massachusetts we follow the National Fire Protection Association standard for fire investigation which requires us to first determine where the fire started and then to systematically eliminate all possible causes at that location,” Ostroskey said. “When we cannot eliminate all but one most likely cause, the standard requires us to classify the fire as undetermined.”

The fire alarm system had been in failure mode since Halloween, so there was no immediate notification to the fire department. Sprinkler analysis found that the sprinkler system may have worked for about 30 minutes before the pump failed. This same pump also operated the fire hydrant, which did not function. This led to a short delay in establishing sufficient water supply and flow. Firefighters established a tanker shuttle system to obtain water and used a pond on site.

“The delayed notification, coupled with the failure of the fire sprinkler pump, caused extensive damage before the fire department arrived,” Mikaniewicz explained. “This fire had a grip on the building before we were even notified of the fire.”

Members of the Becket Fire and Police Departments and State Police assigned to the Office of the State Fire Marshal jointly investigated the fire. This investigation has concluded. The insurance company is following up on the separate issues pertaining to the sprinkler systems, the state Fire Services department said.

The Becket Fire Department was the first on the scene of the six-alarm blaze, which attracted firefighters from departments in Lee, Otis, Monterey, and Hinsdale. Great Barrington and Chester were on stand-by.

Founded in 1931 by Ted Shawn and Ruth St. Denis, Jacob’s Pillow is one of the oldest summer dance festivals in the United States. Like so many of the cultural institutions in Berkshire County, the Pillow was hit hard by the pandemic and was forced to cancel its 2020 season at the end of March.