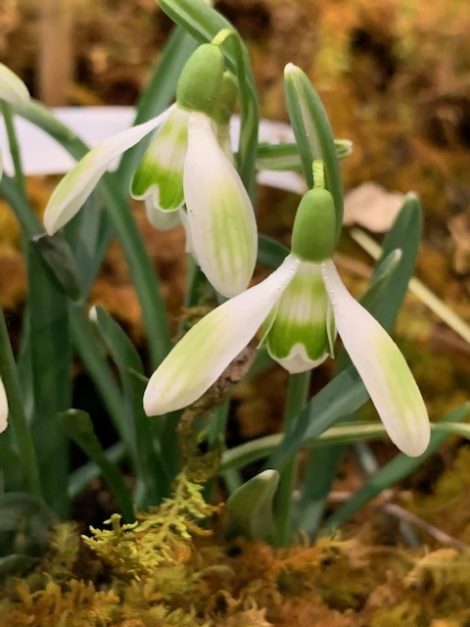 Snowdrops, of the genus galanthus. The green markings of this variety are a signature of the genus.

It is hard to believe that just a few weeks ago, I was headed to the Philadelphia area to congregate in a crowded room with other plant obsessives around a collection of coveted snowdrops at the Galanthus Gala. This annual event celebrates the diverse forms of the galanthus bulb, which typically produces pendant white flowers with varying patterns of green at the tips of their tepals just as winter comes to an end. The event would have been perfect if only Christopher Guest, the filmmaker, had shown up with a camera to capture the interesting cast of characters that had assembled.

Upon arriving, I confessed to my friend Eric that I was not certain I belonged there. Although I love to see snowdrops come up in the garden at this time of year, the passion these collectors showed for seemingly similar varieties puzzled me. The white flowers typically have green markings, occasionally gold or chartreuse in tone, but to my eye, the differences between the forms and varieties seemed minor. I felt like Anne Hathaway chortling in The Devil Wears Prada, as Meryl Streep and Stanley Tucci extolled the wild differences between two seemingly identical belts. Were these galanthophiles the fashion obsessives of the horticultural set? 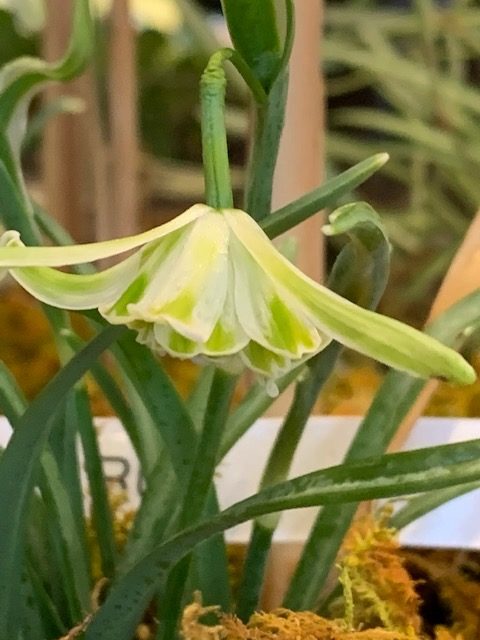 ‘Walrus’ demanded a position as the star of the show and almost caused me to blow my budget on a single bulb.

As we entered the Friend’s Meeting Hall, we were greeted by the artist Gerald Simcoe who had created in the center of the room a moss-covered display for an array of coveted varieties of this early-blooming genus. His passion for these delicate-looking flowers and their gray-green foliage brought him so far as to string a lei and a crown of their flowers and to hang them on the bronze statue at the center of his tableau vivant. While my former colleagues at Martha Stewart would have admired his craftsmanship, all I could think was that I could never find the time in my own life to take on such couturier-like craftsmanship. In its breathtaking intricacy and perfection, it reminded me of the haute couture clothing I had seen the week before at the Sandy Schreier collection at the Met Museum’s Costume Institute. And, while I was taken by Gerald’s handcraft, I tend to favor the hand of nature over the hand of man, and so my interest moved immediately from the artfulness of his display to the flowers of the individual specimens that he had worked into his impressive still life. 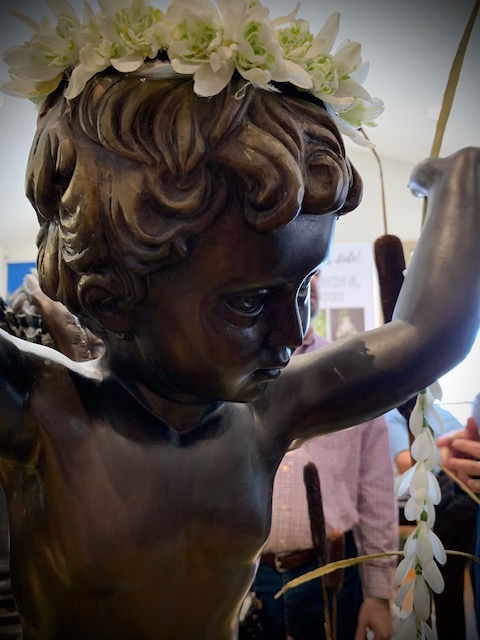 Gerald Simcoe’s crown of flowers showed his craft as an artist and a gardener.

I had been cynical about all the many ways these various Galanthus species had been crossed. Snowdrops can naturally hybridize with one another and the result is hundreds of types with minor differences. While they can be self-fertile, the genus leans towards xenogamy, meaning that it often reproduces with something that is genetically different from itself, creating genetically unique offspring when grown from seed. For this reason, the way to reproduce the traits and qualities of long-loved varieties is to do it asexually, by division of the offsets of the bulb. And throughout the room, people were selling and trading some of their favorite forms as offsets, singly held in small containers or little bags.

For me, the experience was like going to a family reunion, seeing so many common traits amongst the attendees but also seeing the differences in the individuals. Some, like the readily available ‘Flore Pleno’, resembled the cousin who has a fondness for layered skirts and polka dancing, while others such as ‘Art Nouveau’ had a singular, severe elegance like the cousin who went to art school and cut her hair into a sheath. The latter reminded me of the strong silhouettes of dresses by Paul Poiret and Fortuny at the Met show the previous week. I soon found myself finding favorites and others that I thought a bit overrated and, despite my initial reluctance, got caught up in the epidemic of excitement over what was on hand. As a practical Yankee, I had a hard time understanding why anyone would pay as much as $200 for a single bulb, but realized I was not prone to questioning such expense when it came to a sweater I wanted. I stayed true to my parsimonious roots for the most part, but was excited to see the fever sweep the room for these delightful little blooms. And, for those more broadminded in their collecting, a variety of other spring blooming flowers from rare peonies and cranesbills to trillium and anemones were also on hand for purchase. It was glorious to be amongst a community of passionate peers and it is wild now, three weeks later, to be sitting at home, sequestered, looking more closely at the snowdrops that are coming up in my own garden, including a patch out back of ‘Flore Pleno’ where Fred, my dog, passed just a few months ago. 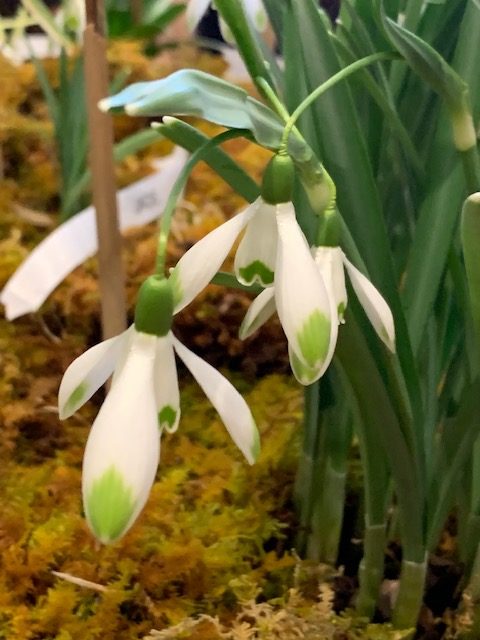 ‘Warei’ made it onto my list of must-haves. It can be found commercially.

I continue to look at these plants, and the hellebores and other spring plants pushing forth, and think of friends, such as Abby Jane Brody, Eric Hsu, Ed Bowen, Taylor Johnston, Barbara Tiffany, and David Culp whom I saw that day, and try to identify traits in these funny little plants that remind me of the friends and acquaintances with whom I share common passions and who I hope to see again soon. Now, I wish I had purchased more so that I could celebrate the uniqueness of each one at this moment when the diversity of my experiences only takes me as far as my own garden.

A week after the event, I received notice that someone who had been there had tested positive for coronavirus. I hope that whoever it was has a speedy recovery, and that this moment will pass, so we can once again come together and commune about our common passions and interests. In the meantime, I head to my garden, looking at plants that come from a variety of friends, and see these touchstones as critical to our collective recovery. 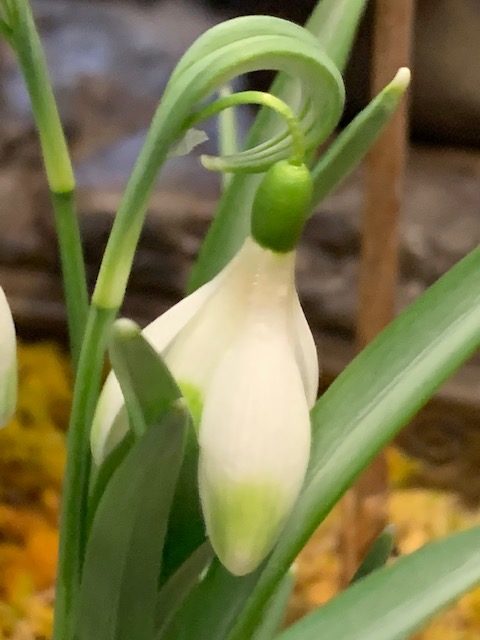 I loved the sheer elegance of ‘Art Nouveau.’ She reminds me of a friend who only wears monochromatic Eileen Fisher and a single piece of pendant jewelry. 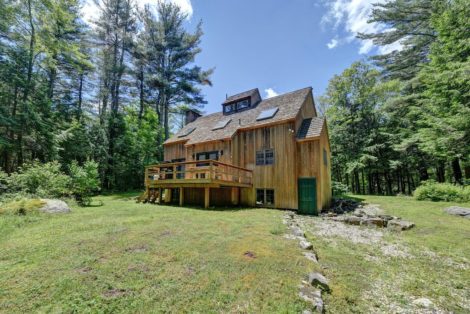 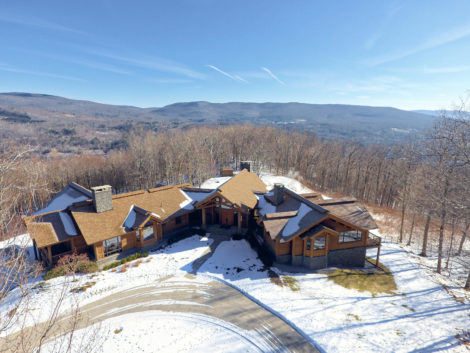 Property of the WeekReal Estate

At a recent flower show, our Self-Taught Gardener couldn't believe how obsessed people got over slight differences among varieties of snowdr... Read More 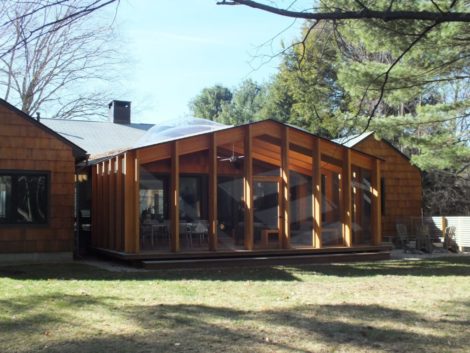 At a recent flower show, our Self-Taught Gardener couldn't believe how obsessed people got over slight differences among varieties of snowdr... Read More