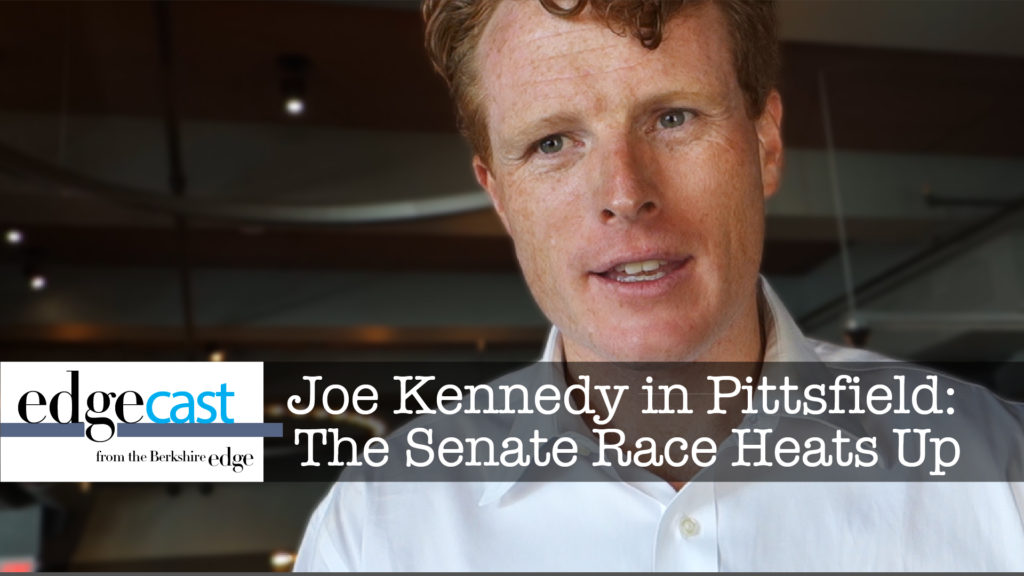 WATCH: CLOSE THE CAMPS, Lights for Liberty protest in Pittsfield

Ben Hillman - Watch this video of local demonstrations against the detention camps along the U.S.-Mexico border caging desperate immigrant families who are fleeing savage conditions in Central and South America. Read More

EDGECAST: U.S. Sen. Elizabeth Warren at The Mahaiwe: We’re in this fight

Ben Hillman - U.S. Sen. Elizabeth Warren spoke to an overflow audience of more than 1,000 Sunday (July 22) at The Mahaiwe Performing Arts Center in Great Barrington, Mass. She addressed issues of immigration, income inequality, and the opioid epidemic. Here is a video of her remarks. Read More

EDGECAST VIDEO: March for Our Lives in New York City

Ben Hillman - Ben Hillman recorded this video of the March 24 March for our Lives in New York City, one of hundreds of such marches nationwide prompted by the February 14 slaughter of 17 high school students at Marjory Stoneman Douglas High School in Parkland, Florida. During the marches hundreds of thousands expressed their outrage at the prevalence of guns, assault weapons, gun violence, and the cowardice of Congress in not enacting gun control measures to keep our children safe. Read More

Ben Hillman - Filmmaker Ben Hillman, accompanying a contingent of Berkshire County residents, recorded the Women’s March this past weekend in New York City that protested the Trump administration’s policies toward immigrants, the environment, women’s rights, and Trump’s threat to the integrity of democracy. Here is the video report, narrated by Jim Frangione. Read More

Jason Brown - The Berkshire Museum in Pittsfield, Massachusetts, has mounted a major retrospective exhibition of the work of artist Morgan Bulkeley entitled 'Nature Culture Clash.' Videographer Jason Brown and Jim Frangione interview the artist at the museum for this EdgeCast. The exhibit will be on display through February 4, 2018. Read More

Ben Hillman - "We demand TD Bank stop using our money to fund tar sands pipelines that our communities and planet cannot afford. We call on our neighbors, elected officials, and pension managers to close all accounts with TD Bank unless they immediately stop financing tar sands pipelines." -- Divest the Globe statement Read More

Ben Hillman - The gas giant Kinder Morgan had just sucked half a million gallons of water from this state-protected pond to flush out their pipes. Read More