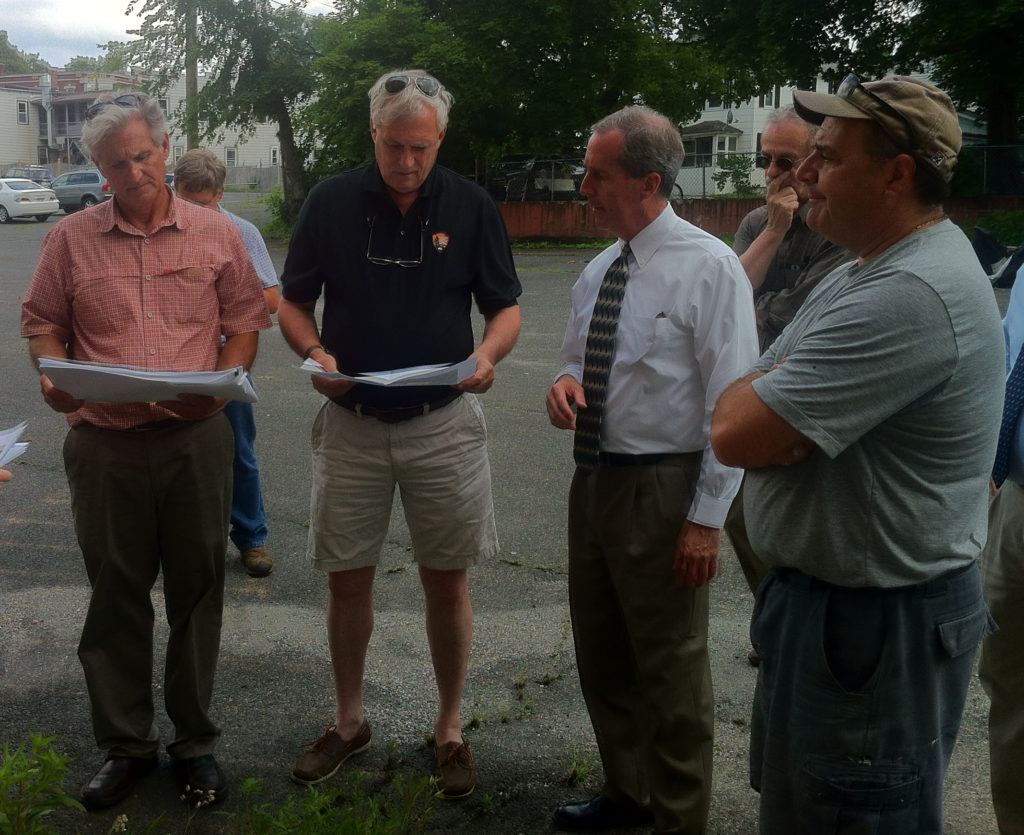 Lee — They waited all day for the man from the National Park Service to come and see the old Smith paper mill in Lee, known as the Eagle mill, where a $60 million redevelopment project is hung up on a question of historic preservation. 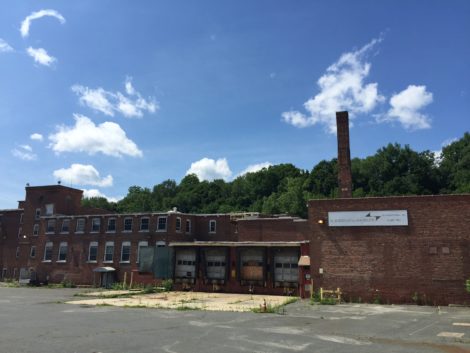 State Rep. William “Smitty” Pignatelli, D-Lenox, who called the meeting, was there at 11 a.m., along with William Powers, an assistant to Congressman Richard Neal, D-Springfield, who arranged for it to happen. Lee Selectman David Consolati and town Administrator Robert Nason were there, and so were representatives of developer Jeffrey Cohen, led by his architect Douglas Brown of Providence, R.I.

Everyone stood around in the parking lot until they were good and bored, and then the architect took the man from the congressman’s office on a site tour, showing him where the 1938 addition to the old mill stands about 15 feet from the property line which abuts an active and immovable railroad track.

Brown explained to Powers how unless the developer can tear down this building, along with two old prefabricated Butler buildings that were used for storage, there’s no way to put a two-way roadway to the back of the property. A one-way ring around the building is not possible, because the old mill is built right on the Housatonic River that powered its machines in the old days. 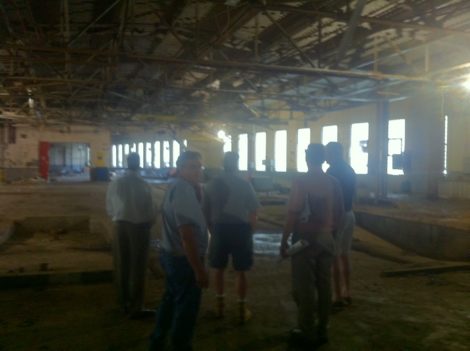 A tour was conducted inside the crumbling mill annex the developer, Jeffrey Cohen, wants to tear down. Photo: Daniel Bellow

The obstacle to just bringing in the wrecking ball is the factory annex that dates from 1938 and the Butler buildings from the late 1950s. They meet the state criteria for a historic building, and if they are torn down without official approval developer Cohen will be unable to get the historic preservation tax credits he needs to make the project financially viable. He’s got a commitment from Berkshire Hospitality Group to build a hotel, and the $60 million he plans to spend and the 200 permanent jobs he promises to create have earned him a solid wall of local support.

What he needs now is something no local official can give him: a favorable decision from the National Park Service, which is a federal bureaucracy working under laws passed by Congress that are “a little inflexible,” as National Register of Historic Places National Historic Landmarks Program Chief J. Paul Loether said when he finally showed up about 4:30 p.m. Under the law, he is not able to consider the logistical difficulties of the site or the economic benefit to the town of re-using the historic riverfront building, only the criteria for historic preservation. 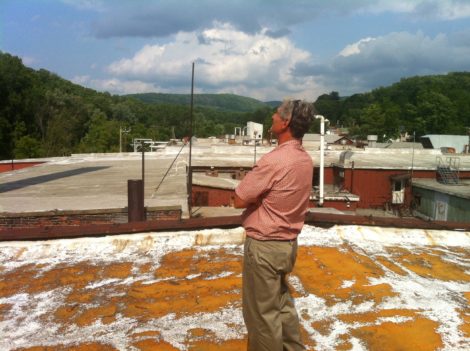 Architect Doug Brown on the roof of the Smith Mill complex looking toward Lenoxdale. The roof is visibly deteriorating and the footing is a bit tricky. Photo: Daniel Bellow

Local officials knew this going in, so the argument they made to Loether is that the oldest part of the mill, where Smith Paper, in the early 19th century, pioneered the use of wood pulp in paper making, is the truly historic part of the building and the 1938 annex is just a crappy brick factory building where they made toilet paper after the Smith family sold out. They took him inside the annex, where the roof is failing and there’s water all over the floors where the machines were taken out and sold for scrap seven years ago, so he could see just how useless it is and how badly it needs to be torn down.

Loether, it turns out, is from Waterbury, Conn., where they used to make tools and brass fittings and Timex watches and all sorts of useful things they don’t make in this country anymore. He travels all over the country looking at buildings like the Smith Mill and talking to people trying to save and preserve them, and he appeared quite sympathetic to the arguments the local officials were making. Still, he said, “this is a tough one.”

“We’re a papermaking town,” said Selectman Consolati. “It was our bread and butter. Now it’s gone. There’s nothing we can do about it. We’d like to see something useful here instead.”

“The attraction of the redevelopment,” said Rep. Pignatelli, “is in saving what is truly historic here.” 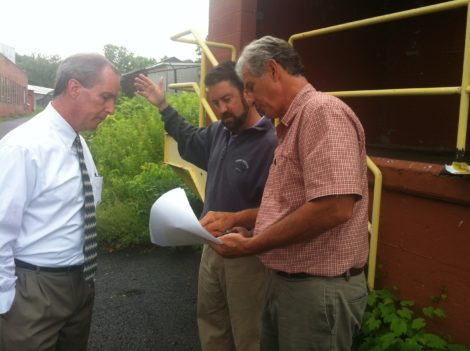 Douglas L. Brown, AIA, shows state Rep. William Smitty Pignatelli and William Powers from Congressman Richard Neal’s office the plans for Eagle Mill redevelopment. The narrow street behind them is an obstacle to the site’s development, plans call for demolition of the buildings in the background. Photo: Daniel Bellow

The rain is coming right through the roof, said Nason the town administrator. If this project fails because the building is deemed too historic to touch, it will have to be torn down or left to crumble of its own accord, as many of the other mills in town have done. “Then we’ll lose all our heritage.”

Loether said he could see all this. Often he said, questions of functional use and historic value “don’t jibe.” Nevertheless, he said, he was glad he had come to see the building for himself, “it helps me understand what the quandary is” a lot better than he could from just reviewing the developer’s paper filings at his desk in Washington, D.C. He asked for a meeting with the developer, to get his perspective. He promised to go back and bring the matter up with his boss, Stephanie Toothman, the Park Service’s associate director for cultural resources. He said the decision was not theirs alone, but he thought he could be helpful.  “Let me see if I can come up with something creative,” he said.