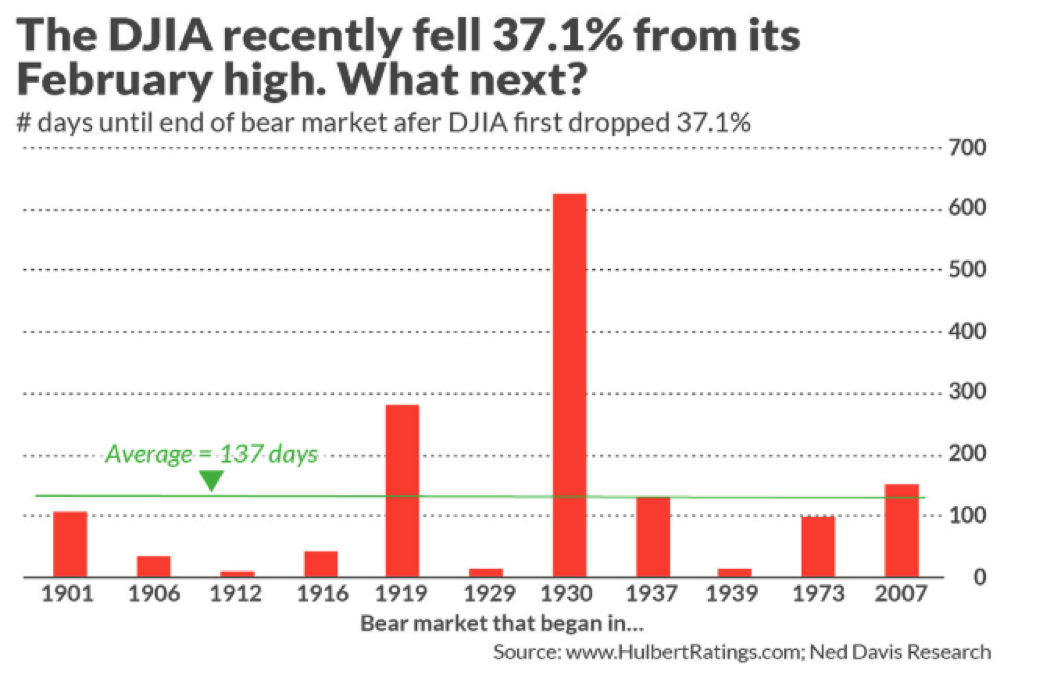 Dalton — The stock market should pull back. It always does, by some magnitude. However, on the morning of Thursday, April 9, the Federal Reserve prescribed some good medicine, and the wounded stock market should heal even faster than we thought prior to this “whatever it takes” approach to propping up the economy. In response to the Fed’s actions, I bought both equity and bonds on April 9.

In an unexpected move, the Fed said it was creating and expanding nine lending programs for states, cities and midsize businesses to the tune of $2.3 trillion dollars. Further, it signaled that it would be willing to expand those programs if needed. To me, the crown jewel in this package for restarting the economy is the Main Street Lending Program, which will allow for $600 billion to be loaned to businesses with fewer than 10,000 employees or less than $2.5 billion of revenues — businesses too big to qualify for small business loans but not big enough to access the corporate debt market. Banks that make these loans can sell 95 percent of the debt to the Fed. The crown jewel for investors is that the Fed will backstop the funding for larger companies by purchasing non-investment-grade corporate debt, including purchasing non-investment-grade bond ETFs.

I am fully invested in investment portfolios, primarily using buffer funds (except for some money market reserves for more conservative clients). Make no mistake — I might be fully invested, but it’s still conservative. Those buffer funds I hold provide equity-like returns if the stock market goes up. My maximum return is capped in exchange for protection of principal — a buffer on the downside. However, I might want to get back into the stock market, and junk bonds, faster than I earlier thought due to the Fed’s surprise move. I had mentioned previously that if you found yourself in a portfolio of cash, then you should discuss with your financial professional how to get reinvested over the next three to nine months, depending on your risk need (not your risk “tolerance”). The Fed’s move makes me feel a bit safer, as did last week’s market action.

Since the March 23 market low, the balance of selling and buying pressure has been less than ideal for those hoping for a sustained bull market. Of primary concern is that selling has been slow to retreat, reflecting a lingering appetite of selling by investors. However, on the buying side, we saw some major moves last week, on both Monday, April 6, and Wednesday, April 8. When I submitted my column on Tuesday, I noted that “Monday, April 6, was one of those major Upside Days, followed by a huge opening for the market on Tuesday, which could change things …”

I still encourage you to consider your financial plan and to talk with your financial advisor, but I’d now tighten up the three-to-nine-month dollar-cost-average schedule of the equity portion of your portfolio to three to five months, starting last week. For the bond portion of your portfolio, I’d get fully invested now. If you’re using buffer funds for your equity exposure, I’d also recommend being fully invested.

This doesn’t mean that I don’t think this is a bear market rally — I believe it is. I expect the March 23 lows to be retested but not make new lows. Even if new lows are made, I just don’t care as much anymore because I feel as if any retest will be successful and bounce back due the Fed’s recent “whatever it takes” actions and attitude. I feel like we now know our level of risk.

I want to believe that the low is in and that a new bull market has officially begun, with no looking back. However, that would likely be a triumph of hope over experience. I just don’t see the economy snapping back as quickly as many professional prognosticators do. If the S&P 500 can possibly break above 2,792 points, it has a chance to run to 2,936 points (based on a technical indicator called the Fibonacci retracement, which calculates areas of possible support and resistance for the market). My best guess is a less-worse retest than I was expecting a couple weeks ago, and then a challenge of the 2,936-level that takes months, not weeks, to get above. If I sound pessimistic, keep in mind that I am being more optimistic than history would suggest. The Dow Jones Industrial Average fell 37.1 percent from its February 2020 high to its March 2020 low. There were 11 other times when the Dow fell at least 37.1 percent from its peak to and, on average, the retest of that low occurred 137 days after hitting that first 37.1 percent drop.

If the historical average became reality, that would mean the final low of this bear market would be made on August 7. That doesn’t mean it has to be a lower low — after all, the Fed just stepped in to try to defend us from a lower low.

I am decidedly in the minority to remain as concerned as I am regarding the advance of the stock market. That is especially true after last week, when the S&P 500 was up 12.1 percent, its best week since October 1974. Many economists, and apparently the stock market, expect a massive drop in gross domestic product this quarter, followed by a sharp and massive third-quarter bounce back. I’ve seen multiple forecasts of annualized double-digit growth for the third quarter. I don’t expect the economy to jumpstart, gain momentum and get so much traction so quickly. I admit all economic modeling might as well be thrown out the window given, as I’ve said many times, it’s the virus that decides the timeline, not us. However, I’ve sat down at my dining room table, pencil and notebook in hand, and tried my hardest to think about what must be done to get the U.S. economy back to work. A peak in the growth of COVID-19 outbreaks in the U.S. may very well be reached this week. While cessation of the COVID-19 outbreak growth is necessary to get us back to work, it is not sufficient. Economic activity may gradually resume in May, seeing growth in the most impacted areas such as restaurants and travel. But even in this optimistic (yet admittedly realistic) scenario, I don’t see it as a light switch-like event where the economy goes from off to on. It’ll be a managed process; the more damaged the economy is when we attempt to flick that light switch on, the longer the process as businesses are slow to rehire and expand, and households are reticent to open their pocketbooks due to diminished balance sheets.