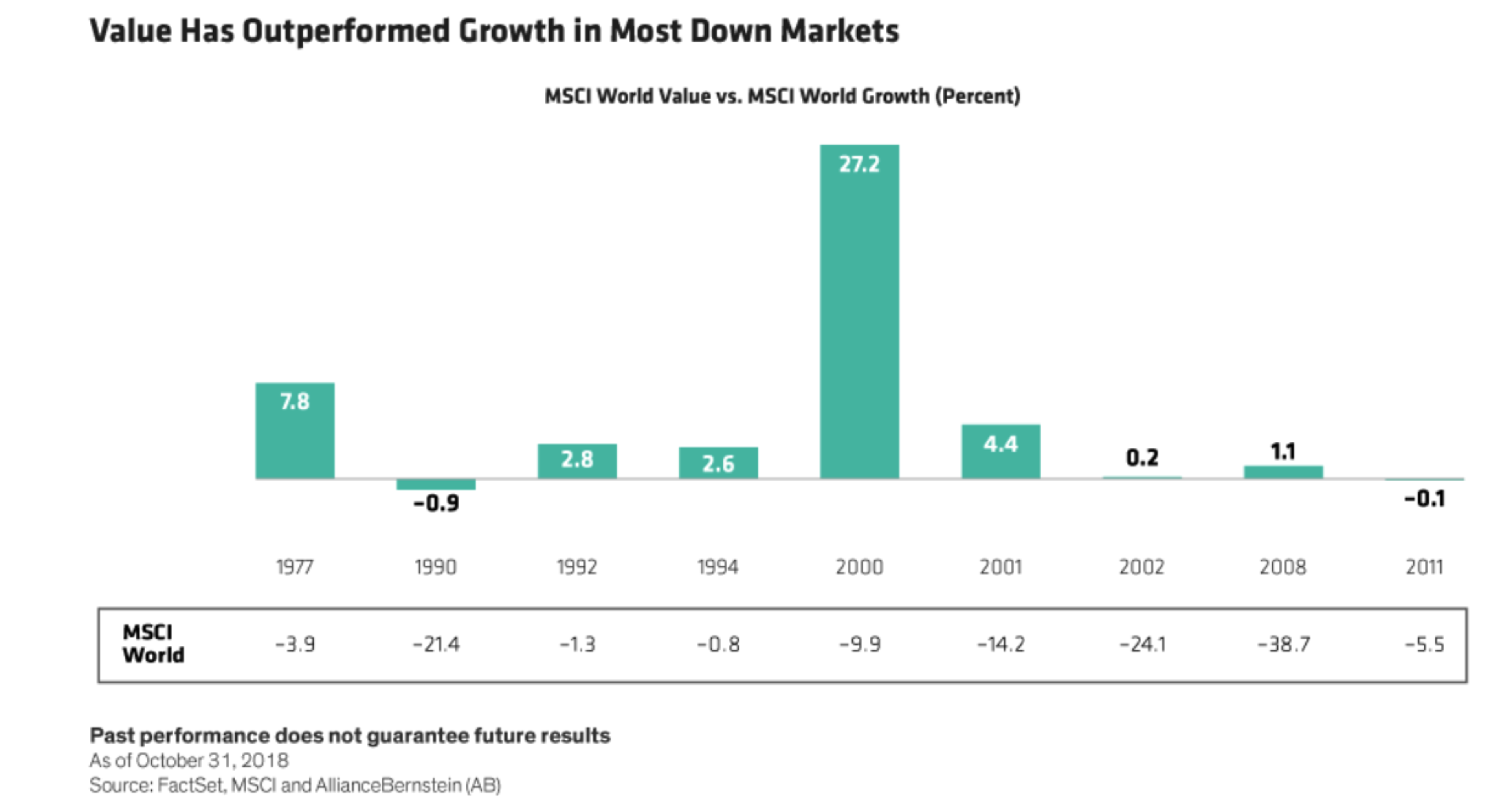 Dalton — Last week I had one of my roundtable discussions with the financial advisors of my firm. These talks are opportunities for us to aggregate and formalize the water cooler chat we’ve been having regarding the economy and the markets. These chats are great because the rule is to challenge consensus and to point out the flaws in each of our respective hypotheses. The summary of our collective wisdom at Berkshire Money Management is: We’ve got no idea. I’m not proud to say that. I feel very vulnerable saying that I don’t know what’s next for the stock market and the economy. And, well, it’s not exactly a good business move to say that. I mean, do you want to do business with someone who has no idea? The point is, I mean it. And it sickens me.

At the heart of it, quite frankly, even if the economy is going into a recession over the next calendar year (which I believe it will), the stock market could spike up 20% or more if we get three good tweets and a U.S.-China trade deal. As I mentioned last week, in terms of the stock market, I don’t care about impeachment. Even a looming recession doesn’t yet scare me because the stock market can perform well going into an economic turndown. But for the life of me, I can’t figure out how to marry volatile political policies with an investment methodology. But I will at least tell you what I came up with, even if I must change my mind by next week.

Reviewing the chronology of the U.S.-China trade war, I tracked it back to Jan. 22, 2018, when President Trump announced new tariffs on solar panels and washing machines. Since then, using my back-of-the-envelope search-engine sketch, there have been more than 40 material and negative instances of new tariffs, threats of tariffs or other sorts of related posturing. Nonetheless, the stock market is trading near an all-time high, and the Federal Reserve is being accommodative. As a result, we have not, and are not yet, raising cash for our growth-oriented clients. (Full disclosure: For our more conservative clients who place a greater emphasis on capital preservation, we are using a money market yielding 1.80% until we find a better entry point.) I feel as if the greater risk is the “opportunity risk” of being out of the market if there is a trade deal that would propel stock prices upward, rather than the risk of being invested even if there are more material and negative instances of tariff headwinds.

Besides, I am the only one at my firm with a strong conviction that there will be a recession in 2020. I could be wrong. I could always be wrong. I am, after all, literally a professional worrier. And that’s why I have my team continually keep me in check. I, fortunately, get a lot of things right. But I’m the first to admit that I’d have gotten a lot wrong if my team didn’t challenge me. I am itching to sell equities and hold cash out of fear of the next big and long crash, but doing so right now, as the evidence suggests, would be wrong.

And, yes, I said at the middle of the year it would be safe for all of you to stay invested in the broader stock market over the second half of the year, so some of my sentiments might sound contradictory to that. A day doesn’t go by where I don’t question my own assumptions. I’d be of no use to you, or to anyone, if I wasn’t flexible and open-minded in my thinking. The advice stands: Stay invested for the rest of the year.

I have decided to remain invested for the rest of the year, seeing potential upside for stock prices if we resolve trade issues, and limited downside given the strong tape and accommodative Fed. Still, we must figure out in what to be invested in. For about a decade, I’ve been favoring growth stocks over value stocks, and that’s paid off for investors as value stocks have underperformed. A big part of our roundtable discussion was about whether we should make the shift from overweight growth to overweight value. About a year ago, we did begin moving in that direction, bringing investor portfolios more into balance (perhaps obviously, with a greater swing toward value for more conservative investors). Those moves were more about flattening risk than seeking alpha (i.e., seeking additional return). However, we may be getting close to wanting to shift more toward value over growth not just for the purpose of protection, but because the returns could be more attractive.

Our shift from growth to value throughout last year has been small in magnitude and snail-slow. We didn’t want to get too defensive and lose out on the upside, and value stocks allow for the possibility of participating on the upside. However, simultaneously, value stocks tend to perform better when markets correct, as the stocks that have risen the most prior to a decline (which are often the high-flying growth stocks) usually fall the furthest. For example, since 1975 when Morgan Stanley Capital created its separate value and growth indices, the broad market has fallen in nine calendar years. Value stocks outperformed growth stocks in seven of those years but didn’t materially underperform in the other two (1990 and 2011).

My year-long slow and small shift from growth to value hasn’t much paid off for us, or against us. The volatility has been similar and until recently, the returns have been nearly identical (value has outperformed a bit in the last few months). One of the reasons I have been taking my time is because the shifts have occurred based on my increasing levels of concern, as opposed to me being scared enough to make big moves. And also, the pace of moving from growth to value stocks has been a long one because the rotation in leadership can take a long time. Investors are reluctant to sell stocks that have been winners for years and then put that money into things that have underperformed. And, well, I am reluctant, too. I don’t like to fight the tape. Even if my homework says it makes more sense to be invested in value than growth, you’ve got to respect that the market can remain irrational longer than we can remain solvent.

The homework does suggest that continuing to slowly add value as we reduce growth makes sense. I consider myself a contrarian (buy when others sell and vice versa). Right now, the positioning in value stock is very low, making a contrarian like myself take bullish notice. The exposure of value stocks is about 0%, close to the all-time lows made in 2008. And when a position gets very low, there is a lot of room for upside.

I went to a mixed-year high-school reunion this weekend, and no fewer than four people asked me if the market would crash this quarter, just as it did last year. As you may recall, the fourth quarter of 2018 saw stocks drop nearly 20%, which was the worst year for stocks since the third quarter of 2011, when the eurozone debt crisis tripped up stocks by more than 17%. It’s clearly weighing on people’s minds, so let’s address that scary elephant in the room.

As discussed above, I started getting a bit defensive last year because it looked as if a storm was abrewing. The storm came quickly and hard, with about 80% of the selloff occurring over 15 trading days. My astute high-school companions might have been concerned, like you, that the Sept. 12 high in the S&P 500 failed to break the July 26 all-time high. Consequently, a drop below the August lows set in the Index’s trading range (2,822 points) would create the completion of what’s called a “double-top” technical formation, threatening a decline to the June 4 low which, if then broken, would mean yet another 20% decline.

Well, those weren’t exactly the talking points my tipsy high-school friends brought up, but you get it: People are worried, and there is reason to be. However, for the Sept. 12 high in the S&P 500 to have been categorized as a failed test, it should have occurred with decreased demand, as measured by weakening breadth. But that’s not what happened. The advance/decline line, which measures breadth (the number of stocks moving up or down in an index) were at all-time highs on Sept. 16, a bullish sign negating the threat of any current technical weakness in the market. However, interestingly, it was odd to see the number of stocks reaching new 52-week highs shrinking while breadth was at such a high. The percentage of new highs has been lagging lately, which normally would be considered a troubling sign. I don’t like to look at indicators in isolation, so when I consider aggregated information, I don’t see this as the typical sign of weakness it symbolizes. Instead — surprise, surprise — it’s reflective of a shift in the stock market’s leadership, as buyers are beginning to refocus from acquiring growth stocks to betting on value stocks. In summary, worries about a repeat of last quarter’s plunge seem misplaced.