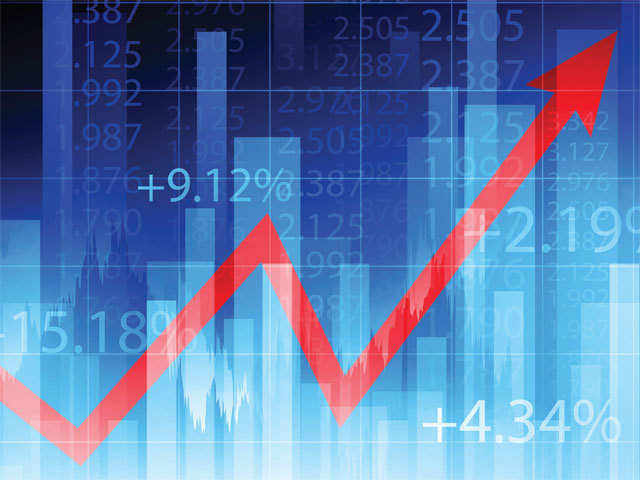 Dalton — The U.S. stock market’s rapid advance has paused for the first half of September. Investors are taking a moment to consider what’s next for COVID-19, fiscal stimulus, economic shutdowns, and how these might affect the stock market. Also, an old concern has resurfaced: stock prices have likely been discounted due to the upcoming presidential and congressional elections. The stock market appears worried that one party may win control of both the White House and Congress; stock prices tend to perform better during political gridlock.

Despite equity market volatility, systemic liquidity remains ample. Unlike the Great Recession, references to a “credit crunch” have mostly been absent in discussions pertaining to the coronavirus recession. And that is for a good reason. Except for the one brief moment in March, the issuance of U.S. dollar-denominated corporate bonds has flourished throughout much of 2020.

On Sept. 3, the VIX experienced a massive spike, jumping from 25.57 to 33.60. Typically, what you’d expect to see when there is an eight-point jump of the VIX is that yield-spreads for high-yield bonds would increase more than 60 basis points (or 0.6%) relative to Treasury bonds.

When the VIX spikes, it’s typically a sign of trouble, and the higher-yield spread would be in response to a concern that the companies issuing these bonds would not pay their debts. However, this time, the spread increase was less than 20 basis points. Stocks are seemingly selling off for reasons other than a struggle in corporate profitability.

Since the end of 2009, there were six other notable jumps in the VIX that were not accompanied by a commensurate widening of high-yield bond spreads. Following each of those six instances, the VIX receded, and the yield spreads narrowed. In these instances, bonds were detecting that a sudden investor panic was not signaling a significant, long-lasting problem for earnings. Because of this, I’m planning on just grinning and bearing through whatever pre-election correction we endure.

I suspect the recent correction will only be a short-term detour to new highs for the stock market — well, so long as we get an adequate fiscal policy response.

I’ve admitted for about six months that I don’t have a lot of clarity on what to expect for fundamental data. I’ve cited several times where the consensus was not just off on the estimates, but wackily so. There has been example after example of how the coronavirus has been in charge of the economy, and that it has ruined reliable predictions.

Even if I am struggling to figure out what will happen, we all know what has happened. The Group of Twenty leading economies saw a 3.4% decline in aggregate economic output in the first quarter of 2020, which was the largest first-quarter drop since records began in 1998. And the second-quarter drop was as if it fell off a cliff. Economic activity has picked up dramatically over the previous two months. That’s good news.

The bad news is that I am comfortable predicting that pace will recede dramatically over the next couple of quarters. For example, the United Kingdom is on track for a 15% gain in economic output this quarter. The U.S. is on its way for over a nearly 30% gain. I’m not going too far out on the limb to say that those growth rates are not sustainable.

That means, for now, we can rightfully expect some stock market consolidation before stock prices can get off to the races again — not that “off to the races” will look like the last few months. The economy can improve during the next couple of quarters so long as hospitals are able to operate below capacity and major economies are not again forced into a generalized lockdown. However, we must consider the timing of any COVID-19 treatments or a vaccine and whether the U.S. will get a fiscal stimulus package that will support cities and states. Even if cities and states do get that fiscal aid, I fear it may be so late that even if we avoid a double-dip recession, 2021 might be a lost year in terms of equity prices.

Sans fiscal stimulus, the prospect of a lost 2021 seems especially problematic given that the economy is not nearly back to pre-pandemic levels. Despite projections of 20%+ growth for the third quarter, U.S. gross domestic product would only recoup about half of the output that was lost over the first half of the year. U.S. GDP would have to grow nearly 25% this quarter, and the next, to get back to where it was. However, the current consensus for Q4 GDP is about 4.9%, which is a very healthy rate but not enough to fix it. There is still a lot of damage to repair. U.S. GDP is expected to be about -4.2% in 2020, the worst number in 70 years, and compares to -2.8% and -2.5% in 2008 and 2009, respectively.

The case for a return to a pre-pandemic level of economic output is based on businesses rehiring the workers who were laid off in the spring. And although hiring has been robust compared to pre-pandemic levels, the pace of re-hiring is slowing. At August’s rate of job gains, it would take another eight months to bring employment back to pre-pandemic levels. Not only is it unrealistic to expect to sustain that pace, but it’s still too long. More businesses will be forced to close permanently, making it even more challenging to find jobs for the unemployed.

Stimulus stalemate: A plague on both your houses

I am now an Independent, but I grew up a “small government” Republican and generally consider fiscal responsibility fundamental to my political ideology. In this instance, according to my mathematics, it is more responsible to spend than not to. Admittedly, that’s contrary to typical small-government fiscal considerations.

If the government doesn’t invest in a sustainable recovery now, the economy will continue to suffer. We will then have to spend much more later, which means either a hike in taxes or a cut of entitlements or both.

I fear that it is naively optimistic to expect a coronavirus relief deal in September. The risk is rising that an agreement won’t be reached until after the election. That delay would have significant economic implications. Every month that the government fails to pass enough stimulus, there will be a need for a longer period of policy assistance.

Last week the Republicans tried to pass what’s become known as a “skinny bill,” but it failed in the Senate with only 52 votes (it needed 60 to advance the bill).

The Republicans hoped that it would have gotten its 60 votes to achieve Senate approval. It would have then been advanced, and then certainly challenged by Speaker of the House Nancy Pelosi. The challenge could have led to some type of compromise. Now Senate Majority Leader Mitch McConnell will have to go back to the drawing board. The delay will leave unemployed workers and vulnerable businesses lacking much-needed relief for longer than many can to endure.

I am not confident that the economy can maintain momentum without stimulus. My concern is that if the U.S. doesn’t get enough stimulus, and quick, then the economy will be a wreck even if a COVID-19 vaccine is created, distributed and administered.

In mid-October, the Group of Seven developed nations will assemble for an International Monetary Fund meeting. I hope that they will prepare and announce a coordinated package of corporate and infrastructure investment. A boy can dream.