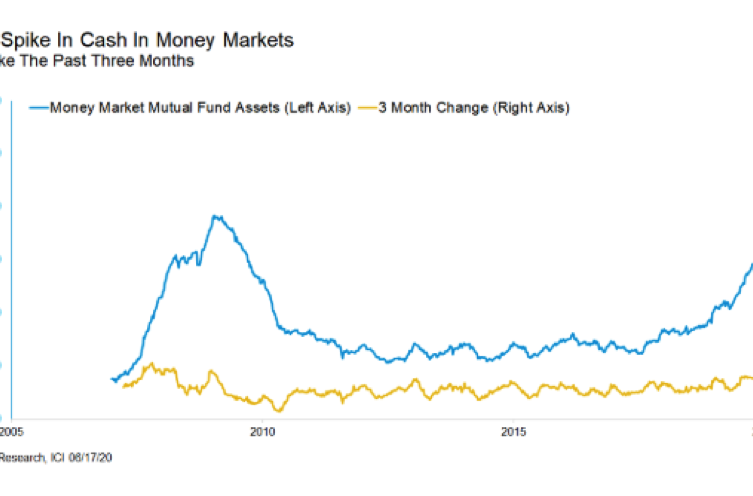 Dalton — We’re entering the third quarter, which has historically been the worst quarter of the year for the stock market. We’re also entering the final four months of an election season, which tends to experience some stock market weakness somewhere in the middle of that stretch. As an investor, I’m not excited about the next few months, but I’m not freaking out — well, not about stock prices.

I am, however, freaking out about maskholes. The word “maskhole,” which has been trending recently, describes a person who refuses to wear a face covering to help prevent the spread of COVID-19. I realize that, nowadays, talking about the right to not wear a mask is like touching the proverbial third rail. Sure, some people claim that there are health reasons like breathing in their own carbon dioxide, but those people, ironically, are being overly cautious. Reputable studies make it clear that carbon dioxide is harmless at low concentrations. Construction workers and surgeons across the globe wear masks for hours at a time with no problems.

The problem with maskholes is that they are responsible for the spiking levels of coronavirus infections, forcing cities and states across the U.S. to slow, or even reverse, the reopening of the economy. Every time you see a person without a mask, they’re potentially contributing to an economic depression.

Last Friday, July 10, Federal Reserve Bank President Robert Kaplan said that U.S. economic growth would be faster if all Americans wore face masks. Goldman Sachs estimates that a national mask mandate could prevent the U.S. from losing 5% of its gross domestic product — that’s half a depression!

Yet millions of Americans are taking what seems to be a political stance against wearing masks. A Gallup poll in late June showed that 98% of Democrats said they wore a mask outside their homes during the previous week, compared with 66% of Republicans and 85% of independents.

I am undeclared, so I don’t fit into any of those three groups, though I’ll admit to not only wearing a mask but also wearing latex-free medical gloves and sanitizing pretty much everything. But my point here isn’t to tell people to wear masks or not; this column isn’t an op-ed. My job is to track what people are doing, or not doing, and to then make investment decisions around those actions.

People’s reluctance to wear masks is causing the U.S. recovery from the coronavirus-induced recession to show signs of faltering after a short-lived rebound. As of July 12, 38 states have seen a rise in COVID-19 cases, with deaths recently beginning to show signs of increasing.

Several municipalities and states are either imposing new restrictions or pausing reopening plans. Hours worked in some of the harder-hit states such as Texas, Florida, and Arizona have begun to slip after an increase. In previous columns, I tracked such oddities as an increase in restaurant reservations made through Open Table, and that, too, has declined in recent weeks.

This week the second-quarter earnings season kicks off in earnest, with large-cap companies dominating the schedule, then the volume of reports will pick up later this month. According to FactSet, the aggregate year-over-year growth estimate of earnings per share of S&P 500 companies is negative 44.7%. That would be the biggest earnings decline since the fourth quarter of 2008 when earnings fell 70% during the financial crisis. That follows a 1% earnings growth for the first quarter.

Analyst expectations going into this quarter had been bleak, but I’ve seen one heck of a shift to something more positive over the last four weeks, as analysts raised earnings forecasts for 580 companies in the S&P 1500 (to be fair, they did lower forecasts for 140 companies). When the analyst expectations are set low, the S&P 500 tends to rally during the earnings season as companies surprise to the upside. Conversely, when the bar is set higher heading into earnings season, as has happened in the last four months, the stock market has often struggled. Those more positive expectations for this quarter could set us up for a stumble.

The sectors with the most positive revisions were Consumer Staples, Energy, and Technology. Perhaps not surprisingly, the most negative revisions were for Financials and Real Estate. That low bar of expectations for Financials and Real Estate could be helpful for their stock prices this quarter, but I’ve stayed away from them and I expect to continue to underweight them for the rest of this year.

I have no visibility on credit, and that deters me from betting big on banks. I am especially concerned about small and regional banks with exposure to small commercial customers. Smaller banks don’t do as great a job as the big banks in managing credit, and there will be defaults and bankruptcies. Consider how many small businesses have been affected by COVID-19 right on Main Street USA. Small businesses are particularly vulnerable and may have to permanently close if they are forced to operate below capacity or shut down again.

Conversely, I still like technology stocks. Tech stocks have valuation issues, but many of them have good balance sheets, strong cash flow and good management. I see a thematic similarity between tech stocks and health care stocks. Both sectors are comprised of companies that are simultaneously growth stocks and defensive stocks. Valuations matter over time, but in a world with interest rates near zero, money must go somewhere. Given that earnings growth for tech is expected to be better this year and in 2021, relative to the overall market, I remain comfortable holding my technology stocks.

First was the fiscal and monetary policy that rescued the market from its March 23 lows, which has now been priced into the market. The second was the healthy reopening of the economy; however, not only is that rearview mirror stuff, but it is pausing, and even reversing, in some cases. And the third was lots of enthusiasm for buying stocks as exampled by high-volume buying, which has lost some of its steam (but certainly not all). For the rest of the year, I suspect the S&P 500 will live in a range between 2,700 and 3,450. I know that’s a big range, but even at the bottom of that range, it’s still about 23% higher than the March 23 bottom. The risk is to the downside as we approach the presidential election, but that’s merely a short-term concern. There is cash on the sidelines to buy stocks if there is a short-term pullback.

The capitalization of the U.S. stock market is about $35 trillion, and there is nearly $4.7 trillion of cash sitting in money market funds, which surpassed the sector’s previous record of $4 trillion at the peak of the financial crisis. A typical amount of cash in money markets is closer to half that.

Money market funds differ from passport savings accounts, as they are typically higher-yielding savings accounts that are holding places as investors consider new investments. Given that interest rates are so low, it’s not inconceivable to consider that a pullback in the market would move half of those money market reserves back into stocks over time.

Even if the stock market gets weaker, another reason I remain bullish is that, last week, the S&P 500 experienced a positive technical indicator called a “golden cross,” which is when the index’s 50-day moving average crosses above its 200-DMA. According to the Bank of America, going back to 1928, the S&P 500 is up 68% of the time with an average return of 9% one year after a golden cross signal is registered. Those rallies have been even better when the indicator has occurred after a recession, as this one has, with positive returns 90% of the time with an average return of 20% over the next year.

No indicator is useful by itself. Without a national mask mandate, the economy’s recovery is fragile. And that fragility is a risk to the stock market’s advance.