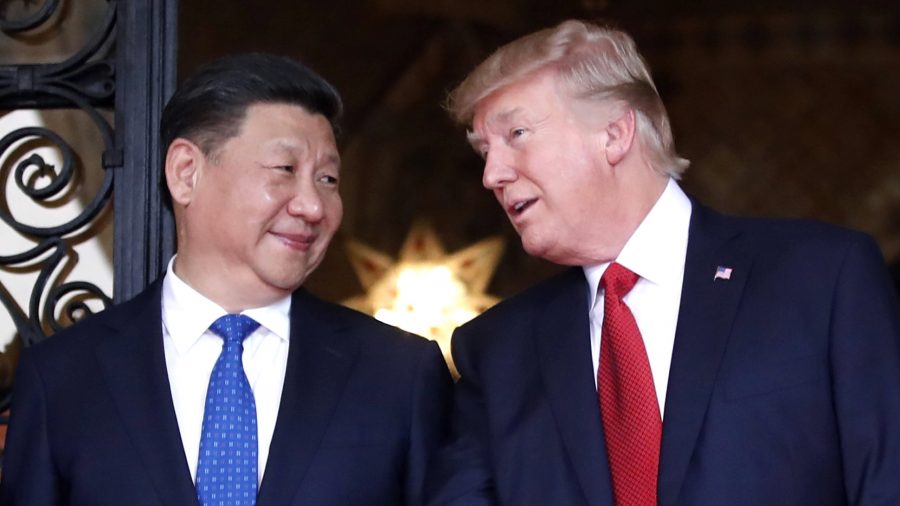 Dalton — Volatility in the stock market has become subdued over the last few weeks as U.S.-China trade talks have turned more positive. On Monday, Oct. 28, the S&P 500 stock market index went above its July 2019 all-time highs after even more positive news about U.S.-China relations was announced on the previous Friday. I’ll talk more about the stock market challenging, but not yet meaningfully breaking, the highs, but first let’s talk about what mending trade relations means for the 2020 presidential election. It means Trump is probably going to win. OK, settle down. I know half of you cheered and half of you probably didn’t even get to the end of this sentence because you threw your stapler through your computer screen. When I say Trump is going to win, I don’t necessarily mean he’ll win the election. It’s too early to determine that. What I mean is that I think he’s going to win the “economic vote.” I put “economic vote” in quotes because I made up that term and I’m still trying to define it. The gist of its meaning is that some people don’t vote down party lines and instead we weigh each candidate’s policies, how we prioritize them in our decision-making and, of course, what our deal-breakers are in a candidate. I can’t get into every nuance of our collective decision-making, so I’ll only focus on fiscal and economic policies and those policies that have significant economic implications. I know a lot of you have already made up your mind, and I know I’m not going to change it. I don’t want to change it. That’s not my job. The more you know about the economics of the next potential leader of the free world, the better prepared you’ll be to invest your portfolio, no matter who wins the White House. That’s my job.

A month ago, I would have argued that the economy, or at least the stock market, was going to spiral out of control no matter who won the presidency. If one of the leading Democratic candidates won, then the economy would likely have to contend with heavy taxes on wealth and investments, an armful of new banking regulations, and the repeal of Trump’s corporate tax cut, which would reset stock prices down considerably — not to end-of-the-world levels, but maybe a 20% drop and we level off around that lower mark for a while. And if Trump was re-elected, then the U.S.-China trade war was going to crack the economy and the stock market, too, but to a lesser degree, ultimately finding firmer ground as trade relations resolved themselves. In terms of cold hard cash and what the presidency meant to our pocketbooks, Trump would have been the safer bet. And now with more rounds of positive trade talks in his re-election war chest, Trump edged up from where he was. Ultimately that probably won’t matter much come general election time. If you’re voting based solely on your investment portfolio (which would be a shallow thing to do and that makes you a bad person), Trump was probably already winning in that category for most of you, and it’s not as if you can now vote twice.

It’s probably too early to start investment selection based on who will win. Why? Because it’s just too uncertain at this point who will win the Democratic primary, much less the general election. That lack of clarity, to me, means less about finding what to buy and more about what to sell. On my radar are things to sell, but I think we can still hold off until sometime in the first quarter of 2020 as we learn more about what policies we might need to contend with. I’ll then have a better opportunity to look beyond any political noise and be of more value to you by being able to compare policy trends. In the world of investment management, I’m not allowed to give guarantees, no matter how sure I am. The closest thing I can get to a guarantee is that no matter who wins, Democrat or Republican, investors of the other party will liquidate part of their portfolios out of some sort of fear that is based on political ideology as opposed to policy. I’ve never seen that not happen. If I take you on this path with me, tracking policy instead of politics, it’s possible we can create a more measured approach than a knee-jerk reaction in order to protect your investment portfolio out of fear of the opposing party. For example, when Sen. Warren moves up in the polls, health care stocks get hurt. I’d guide you around how to invest in health care based on a Warren win or loss. Both Warren and Sen. Bernie Sanders want to break up big tech companies and put pressure on energy companies, so you can understand how some shifting to buy more or less of these stocks will make more sense depending on who wins and who loses. If an investor can spot a policy change, then she can get ahead of the impact on potential fundamentals and the change in stock prices.

When will stocks break out?

The S&P 500 is trading near all-time highs but has not made any meaningful progress for 21 months (since the Jan. 26, 2018, high). The question on everyone’s mind: When will stocks break out? But I can ask a better question: When will stocks break out and sustain those higher prices? Since that 2018 high, nearly every major global index has had a bear market, but not all have rallied back to their previous highs. You can see below some of the leaders and some of the laggards, including the Value Line Arithmetic Index, which includes 1,700 stocks and broadly represents the U.S. stock market.

Even the laggards have been performing strongly. You can’t be too upset that the Russell 2000 is 10% off its highs when it had done so well to get there in the first place. As often is the case when it comes to the stock market, the bad news isn’t just what you see on the surface, but what lies beneath. While the overall market is doing great, the sector leadership is troubling to me. 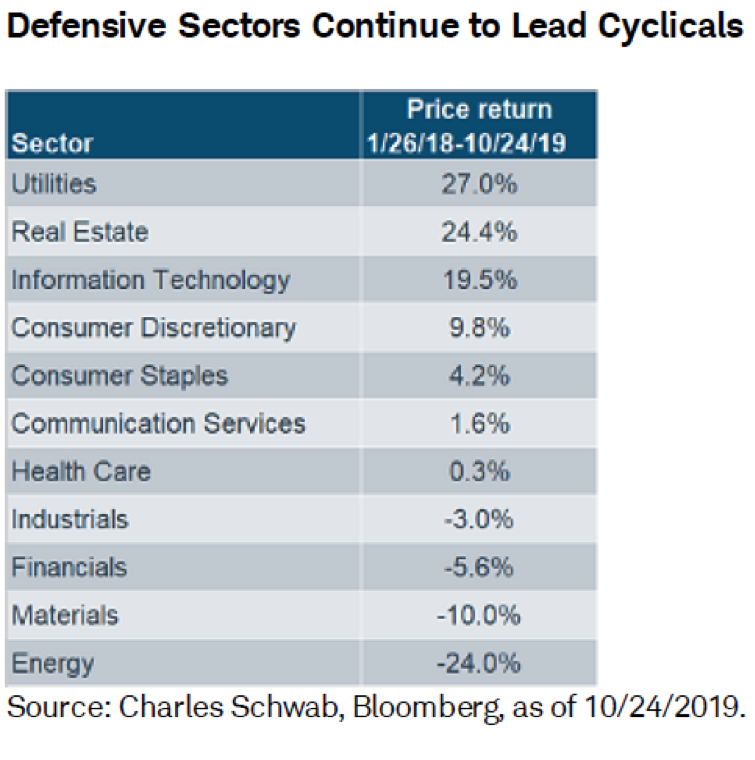 Since the bear market selloff at the end of 2019, the “safe havens” sectors such as utilities, real estate and consumer staples have been among the biggest winners. This is an indication that investors still fear the economy is vulnerable. To me, the real question isn’t “when will stocks break out?” because if they do break out, the leaders may not be representing growth in corporate earnings or other good news, but rather a belief that the economy — and growth stocks — are heading down. If the stock market breaks out higher, I’ll watch to see which sectors lead the way so we have a better sense of how to react.