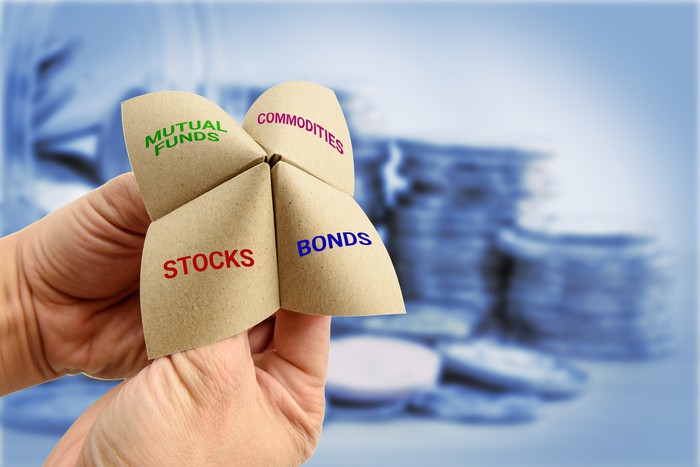 Dalton — OK, Boomer, it’s time you stopped risking your retirement by loading up on too many stocks and avoiding bonds. That’s the finding of Fidelity Investments’ quarterly retirement report. The investment company performed an analysis across more than 30 million retirement accounts and reported several reveals. Participants who have been in a 401(k) for at least 10 years have a record average balance of $306,500; the Roth IRA account is becoming more popular; and more people are using expensive “target date” funds.

Also — and here is where Fidelity goes off the rails — by comparing its own target date recommendations to how investors are currently situated, Fidelity found that baby boomers have a higher allocation to stocks than what was recommended for their age group. Fidelity found that more than a third (37.6 percent) of 401(k) savers have a higher percentage of equities than what would be recommended by an age-based or retirement-date target fund, including 7.9 percent of participants who are fully invested in equities. On the other end of the spectrum, 5 percent of Boomers have zero exposure to stocks. Fidelity explains that it calculates the ideal level of risk investments using its “Fidelity Equity Glide Path,” which describes that a portfolio should become more conservative as investors approach retirement age and then beyond. The Glide Path is defined as beginning “with 90 percent equity holdings within a retirement portfolio at age 25 continuing down to 19% equity holdings 10 to 19 years after retirement.”

And that’s the mess you get when a marketing team and a legal team join forces to come up with investment advice. That’s just stupid. But I suppose it’s safe, at least from a legal aspect. The bonds have been in a bull market for about 40 years as interest rates came down from the skyscraper levels of the 1970s (which were used to fight inflation) to historical lows (the leftover remnants of fighting the Great Recession of 2008). People, including juries and judges, will think that just because something has happened, it is safe to assume it will continue to happen, so they have a low level of litigation risk. But the concept of bonds being “safe” (or at least as safe as they had previously been) at these levels is ridiculous. Interest rates, as low as they are now, would have to approach negative over the years to experience real capital return, meanwhile coupon payments will likely from inflation. For Fidelity to suggest boomers are somehow safe by increasing their bond exposure is just reckless. Sure, an investor might not see as much volatility as alternate asset classes, such as stocks, commodities, or real estate. But if it’s volatility that scares you, is the better choice really to just lose your money slowly due to inflation?

I also take exception with Fidelity suggesting a 19 percent equity position at age 75. I could get all geeky and break out actuarial tables of certain socio-economic circles or chat up the Sharpe Ratio to examine different concepts of risk. But let’s just leave it at the obvious: They don’t know you. It’s possible they are exposing you to longevity risk (the “risk” of living too long and you run out of money in retirement). It’s possible you’ve had a Certified Financial Planner help you examine whether or not you’ve got the cash flow to satisfy your needs, wants and wishes so you are able to (mathematically and emotionally) handle some volatility without the risk of running out of money in retirement. Or maybe you have enough income without your portfolio, and your investments are being invested not for you, but for your heirs or for philanthropy. Or maybe the stock market just came out of a recession, is undervalued, and you can expect double-digit returns for the next decade.

I’m not going to deter anybody from getting invested to fund their retirement, but I will try to steer you away from using rules of thumb that are likely to be contrary to your ultimate goal of living your best possible retirement. I won’t tell you not to use target date funds, but I will ask that you consider other strategies. But don’t take just my word for it. Two weeks ago, Bank of America Merrill Lynch, Morgan Stanley and JP Morgan all declared the rule of thumb 60/40 stock-to-bond ratio for retirement portfolios is dead or dying. JP Morgan, in its Long-term Capital Market Assumptions report, cited “Lower returns from bonds create a challenge for investors in navigating the late-cycle economy. The days of simply insulating exposure to risk assets with allocation to bonds are over.”

Bank of America’s new report, “The End of 60/40,” added: “The core premise of every 60/40 portfolio is that bonds can hedge against risks to growth and equities can hedge against inflation; their returns are negatively correlated. But this assumption was only true over the past two decades and was mostly false over the prior 65 years. The big risk is that the correlation could flip, and now the longest period of negative correlation in history is coming to an end as policy makers jolt markets with attempts to boost growth.”

OK, Boomer, be careful of target date funds and false promises of “safety” from bonds, or any other investment.