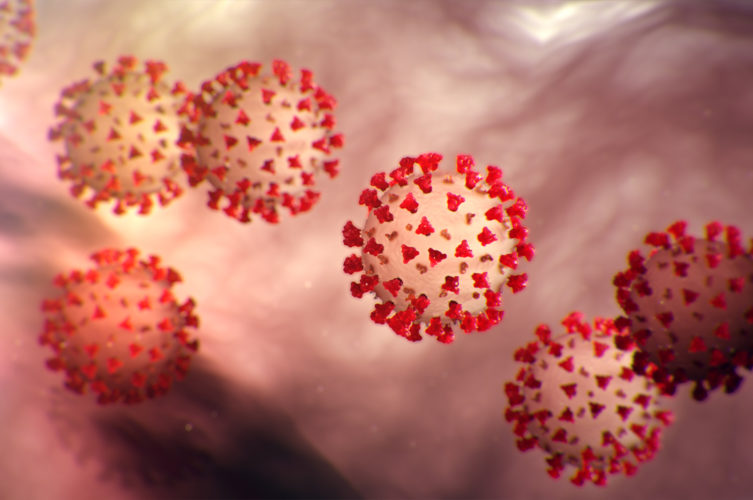 Dalton — In mere weeks, giant gains and losses in the stock market erased about six months of gains. From its Feb. 19 high, the S&P 500 has corrected more than 10%, the seventh time it has corrected that much since the bull market started in 2009. That includes an 11-day correction, which ended in August 2011 and wiped out eight months of gains. In August 2015, it took six days to evaporate 11 months of gains. And it took only nine days in February 2018 to say goodbye to the prior three months of gains. Those corrections of 2011 and 2015 did not experience the much hoped for V-shaped recovery, where gains are won back very quickly. Instead, even the bottoming process took about two to three months before there was traction in the recovery. That’s a real small sample size and shouldn’t be relied upon for predictions, but it does set a precedent that it could be uncomfortable to be in the stock market until spring is almost over.

Six previous 10 percent-plus corrections in this bull market, and despite the extent and the speed of those declines, none of those marked the start of a new bear market. Is it different this time? Maybe. But if this is indeed the start of a new bear market, and you say it is because of the recent volatility, you may be right, but you’re still stupid. I’m not going to be cavalier and suggest that you just relax and turn off the news and focus on the long-term or any other platitudes you might be typically served at times like this. However, the people who say that the end is nigh because the stock market is experiencing a correction are too damn dumb for me to have a conversation with, especially since they said so during every other past correction we went through and quickly forgot about. Yeah, if you think the stock market is going to crash, you may be right — just like how a broken clock is right twice a day.

Phase III: Junk the junk and buffer your bottom

Standard & Poor’s, the credit rating agency, has changed 27 credit ratings directly because of the coronavirus (as of March 9). They said, “there will be more ratings action and the pace will quicken.” The main worry is speculative grade debt, also known as “junk bonds.” With concern over increased default risk for non-investment grade bonds, last week, during that snap-back rally on Wednesday, I sold out of an allocation of “junk” bonds and further increased our allocation to TIPS, as I suggested you consider doing back on Feb. 5. Since then, some TIPS are up mid-single digits as the broader market has tanked double digits, so I am very happy with that outcome.

Also, I tried to add a little more protection to investment portfolios to protect clients’ bottom line (and mine) by shifting a bit more from traditional equity index ETFs to buffer ETFS. Buffer, or “defined outcome” ETFs, are designed to protect investors from some downside while still allowing for upside potential.

Last week I pointed out that the first phase of getting more defensive was to rebalance your portfolio. For me, that meant selling some winners that had gotten way ahead of themselves and reallocating proceeds to more conservative investments, such as those buffer ETFs or “low-volatility” ETFs. Phase II was the introduction of TIPS. Those moves last week were Phase III. Instead of a Phase IV, our next move might be to start buying equity more aggressively. I am not sure. I mean, I could tell you what I think. But I already acted based on what I think — from late January to last week, we implemented three distinct phases of trying to insure portfolios from outsized short-term losses. The first two phases were easy, and (relatively) smart because I had real data to use in my decision-making. Last week was a little bit more of me observing and reacting than quality predictive work. We had already been proactive, then the stock market collapsed. Now it’s less about what I think will happen and more about observing and reacting.

I’m scared of the fear

On March 4 the Federal Reserve released its latest beige book report, and the coronavirus came up 48 times. The report is a collection of anecdotes from the central bank’s business contacts. Reading through it, you can see that some companies are worried about their manufacturing supply chain and others are concerned about sales. In fact, the coronavirus is becoming a theme in earnings reports for S&P 500 companies as investors press them for answers on how it will impact their financials. FactSet found that of 364 earnings calls from Jan. 1 through Feb. 13, 38% of the companies used the term “coronavirus” at least once. Of those, 34 percent said it was too early to quantify the negative effect it will have on earnings guidance. However, many of the rest reported significant revenue declines for the first and, most likely, second quarter of 2020. In two regional Fed districts — St. Louis and Kansas City — growth has stalled.

The stories from the Fed’s business contacts were raising enough red flags to force the Fed to act. On March 3, the Fed made an emergency cut to its benchmark interest rate by a half point, to a range of 1 to 1.25 percent. Since the Fed can’t print a vaccine, it decided to print some more money. The Fed says the coronavirus “poses evolving risks to economic activity.” This was the first time since the 2008 financial crisis that the Fed felt forced to make an emergency cut.

Throughout 2018 and 2019, I had been concerned about a 2020 recession. I mean, I still am, but the Fed cut interest rates by 25 basis points three times, so I felt a little better about the durability of our record-long economic expansion, thus I was comfortable staying in the stock market a little longer (I prefer to be underweight planned equity allocations going into recessions because stock market losses can be so large). I am less sure that the Fed’s emergency 50 basis-point cut will be as effective as its previous cuts, because rationality seems to be lacking in consumer decision-making. By now we’ve all read about the economic comparisons of the coronavirus to the flu, or to the number of car accident deaths per year, or to malpractice fatalities. The coronavirus by itself means very little economically. However, our fearful reactions could push us into a recession. I’m hopeful this won’t be the case and we’ll collectively regain our sanity. But I can’t predict that, so I must observe and react.

While I intend to observe and react, I’ll also tell you what I think. I think people are crazy. It seems common sense at this point that the economy is going to get hurt as the coronavirus causes a decline in business activity, disrupts supply chains and curtails travel. However, it’s really the crazy fear that is more likely to push economic growth to near zero or below. The stock market volatility seems to be causing a lot of that crazy fear. However, it shouldn’t feel that bad. From its peak the S&P 500 was “only” down about 13 percent by the end of last week. However, in the history of the index, the median maximum drawdown from a year-to-date high is 13.05 percent per calendar year. In other words, 2020’s decline up to last Friday had been close to normal, yet there was a lot of panic by investors, translating into much bigger losses on Monday. I suspect that people are being a little crazy in their failure to properly check their fear because in the last eight years, there was only one other drawdown (2018) that matched that 13.05 percent decline. Equity investors have been spoiled and have forgotten what “normal” feels like. That’s potentially bad news, as larger drops in the market are possible and the expanding panic could create an outsized drop. I don’t know how the coronavirus will play out and what the right amount of fear is. I’ll continue to observe and let you know if you should react. But if I had to guess, this is going to be a buying opportunity (either today or over the next few months) and we’ll forget about this just like we forget all about every other great, big, end-of-the-world catastrophe.

Remember a couple months ago when President Trump ordered the assassination of General Qassem Soleimani? Vaguely? Well, at the time, Twitter was abuzz with “WWIII” trending heavily and there was a mad rush by investors into energy stocks oil futures as we were all so sure that the Twitter trend was going to become reality. Well, apparently we all forgot about World War III and oil prices have dropped by about a third since then (and that was before this weekend, when OPEC failed to strike a deal with its allies and prices got slashed another 20 percent). Over the last decade, if I listened to the media, I’ve almost been killed by anthrax, the West Nile virus, SARS, MERS, the bird flu H1N1, Ebola, Zika and even the gotdam Mayan calendar. Something tells me that western civilization will ultimately survive COVID-19 and investors will forget all about this. As Franklin Roosevelt said at his first inauguration, “the only thing we have to fear is fear itself — nameless, unreasoning, unjustified terror which paralyzes needed efforts to convert retreat into advance.” If it were just the coronavirus we were dealing with, I’d buy stocks all day long — today! However, we’ve got to contend with the fact that fear, due to negative feedback loops, can create a self-fulfilling prophecy.

My strategy has been to reduce risk, hedge my bets, but remain partially invested. Those steps to get more defensive have seen three phases* in 2020, spanning from late January to last Wednesday (which is being reported on today). Currently, I am prepared to go in either direction: get more conservative, or to buy equity to get back to the long-term allocation recommendations of a financial plan. I’ll continue to look for signals and report them back to you. If there is no recession to contend with, my best guess right now is that this stock market devastation will play out in a duration like those of 2011 and 2015: We may very well may have bottomed out on Monday, March 9, but it could still take a few months for the stock market to regain traction to the upside. Perhaps not so coincidentally, that will get us through the Democratic presidential primaries, at which point the stock market may have either priced in the potential devastation of a possible non-business-friendly president, or the stock market will gather strength with a more familiar moderate Democratic candidate.

On Tuesday morning, March 10, just before I submitted this column, I set up some more trades, reducing allocations to traditional index ETFs in favor of an increased allocation of buffer funds. I’d call that Phase III(b). Phase I-IIII(a) was preparing my investment portfolio for a pullback. Well, we had a pullback. Now, to be safe, we’re positioning for a recession. I have been hearing from a lot of business owners across the nation, and in just the last week, things have turned down sharply. That could turn to the positive just as quickly, but I like to take out a little bit of insurance on the value of my investment portfolio.